Here once again is the annual list of best posts from the past year. There is some good stuff in here. Good job, me!

A thing I discovered in the archives, a wonderful anecdote about an old  Minneapolis character. Reminds me of the Autograph Man that used to hang around outside First Avenue.

Extended pontification about gun violence in the US, and how it compares to car violence, which we are more likely to take for granted (though it's a terrible competition to have as a society, to be sure).


#22. Notes from the Old Nicollet Walk

Report from one of my favorite walking tours of the year, of a part of town that is rapidly changing and in fact much of which is currently being torn down and developed as we speak.


#21. The Best of "Jeff gives Joe Soucheray the Bird" Confrontation

Jeff Zaayer wins 2018 for this amazing encounter. I merely transcribe his greatness.


#20. Introducing Sprinter (spring + winter), the Season You’ve Been Waiting For

Oh, you'll welcome Sprinter with open arms when the time comes in a few months. Mark my words...

#19. Another Dive in Limbo as Malina's Sports Bar Goes Up For Sale

One of many closings of interesting places in the city, and one of the few that I have tried to document.

Here's a video that hints at why I liked this bar:

#18 [Tied]. Another Predictable Tragedy Means That West 7th Status Quo has Got To Go

Lest we forget that our streets are deadly and that is by design. The pace of change is far too slow on our city's streets. (As far too slow as our drivers are encouraged to drive too fast.) I predict more needless carnage for 2019. It's time to actually act on safe streets that let people walk, bike, and take the bus in peace and comfort.


#16. What Canadian City Should I Move To Based on their City Flag?

A guy on Twitter later ranked all the flags in British Columbia, but I was there first. Canada's flag game leaves the USA in the dust.

(Frankly, they kick our ass when it comes to design in general too. Check out Canadian money, signage, or uniforms...)

Three more unpopular metaphors. I love writing about these metaphors. They are vacations for my imagination.

#12. Gas Pump Politics are a Sure Sign We are Screwed

Pre-election hot take based on an anti-gas tax ad that screened / screamed literally out of a gas pump I was using. Paging dystopian future.


#11. Report from the Cassville Ferry

Travel report! I drove a car onto a boat on the river. Pretty cool link with our riverine history.


#10. Walkability is in the Details and Cities Keep Neglecting Them

The story of the closed sidewalk on Wabasha Street. This was years in the works, because that's how long pedestrian detours last in this town.

Lest ye forget, we have a new administration in Saint Paul and maybe bike safety will be a priority. Summit Avenue could be improved with not too much effort. It is the right thing to do, which does not mean that it will happen...

Probably the biggest planning news of the year was the Minneapolis 2040 fight. (Good news: we won!) This was some pontification about what meaningful action on climate change might look like, and how the Mpls 2040 crap-fest was a sign of things to come.


#6. Maps of Colloquial Terms for Where You Park Your Car


My favorite bit of data work. I think this map is amazing and I cannot believe it did not go viral. 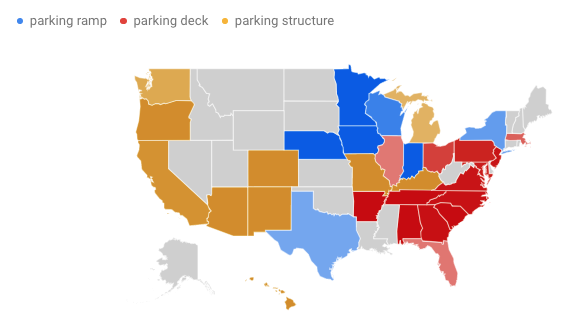 #5 [Tied]. The Incredible True Tale of the Northeast Minneapolis Flag

Another post that was a long time in the works, this involves actual recordings (!) of people trying to pronounce things in Saint Paul. Um, yes this is important.


#2. What I Gleaned From Two Hours Under Lexington Parkway by the Railroad Tracks

Extended pontification based on running out of gas underneath a bridge by the train tracks.

Somehow, stuck between Ayd Mill Road (see above for pronunciation tips) and a little-used rail corridor, I enjoyed myself, stared at infrastructure, encountered people and aminals, and enjoyed some shade in the summer heat.

My entire blogging career led to this one lamppost post. Just wait until I re-paint the apartment using lamppost colorways. 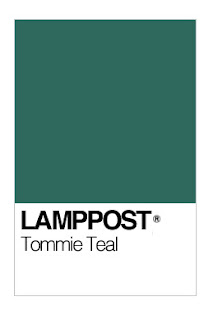