As readers of this blog well know, I've long been fascinated by Saint Paul's coney island landscape. I was there when the Gopher Bar was the last surviving holdout single-underhandedly fighting the dread smoking ban. Since those days I've been wandering the capitol city in search of hot dogs, and I have found myself at a crossroads.

Today, there is only on question on my mind:

Does Saint Paul have its own vernacular coney island dog? 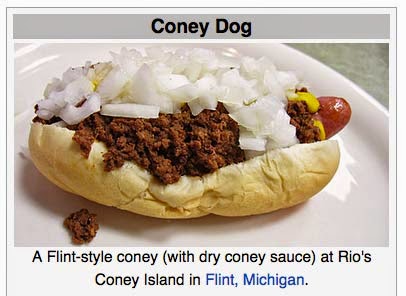 The coney island hot dog is a noble food. Contrary to popular opinion, the "coney island hot dog" does not come from Coney Island New York, but from Detroit Michigan, where diner-owning Greek immigrants first took the hot dog and added crucial ingredients: onion, and some kind of chili.

It spread from there until, according to the internet, there flourished a great many distinctive coney island identities. Pictured here is the Flint coney, which relies on distinctive local sauces and sausages (Angelos' and Kogel's respectively). Cincinnati, Detroit (of course), and a few other towns claim similar distinctive hot dog varieties. (Lacking chili and containing everything but the kitchen sink, the "Chicago dog" is not in this category.)

But somehow Michigan's hot dog managed to plant its seed in Saint Paul, and today you can still find at least three separate and distinct purveyors of coneys in the greater downtown Saint Paul region. We will visit them all. I have my favorite, but this is less a ranking than an exploration of identity. Do these coneys share anything in common? Do they deserve to be placed along side the Flint coney, the Detroit coney, and the Cincinnati coney in the greasy halls of sausage history?

To answer this question, we will be traveling on bicycles to three purveyors of coney dogs in the greater downtown Saint Paul area.

NOTE: there are many hot dogs available in the downtown area that are NOT coney dogs. For example, both Chris & Robs and the Bulldog is known for their hot dogs, however these are not coney dogs (nor do they claim to be). The same holds true for the Bedlam Theater, which plies a chaotic mess of random sausaged delectations.

No, we will be pure. We will acknowledge our past. We will succumb to the trajectory of history. We will wend our way into the dark corners of the city and force a confrontation. I realize this quest is inherently conservative, and harbors a lingering reaction that may one day encase our souls.

But we are young and full of hope. Today we must embrace it! We will swallow our pride and choke on our Greek and German roots until we find its true flavor.

My guess? We will find satisfaction.


What: Bike ride in search for the vernacular Saint Paul "Coney Island" hot dog, stopping at three (3) extant coney establishments and one ghost.

We will taste them in our minds and mouths, and the purpose of the tour is to answer the following question:

"Does Saint Paul have its own vernacular coney island dog?"

Time: Meet up at 6:00 PM at...
Place: Kelly's Depot Bar, where the first of your coneys awaits.
Distance: Less than 3 miles from dog-to-dog-to-ghost-to-dog
Total coneys: A minimum of 3
Total historical importance: Limitless

This is a short ride, with long implications. Should we answer in the affirmative, the Saint Paul coney will rise to among the very finest vernacular coneys.

Note: the word "coney" actually means "rabbit." "Coney island" is not an island.

Also note: this amazing artistic review of the Gopher Bar is a must-read. 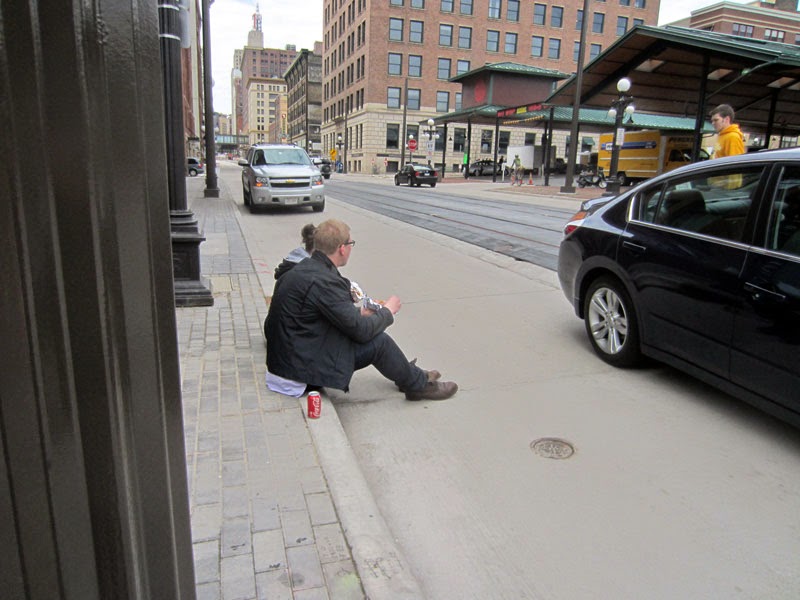 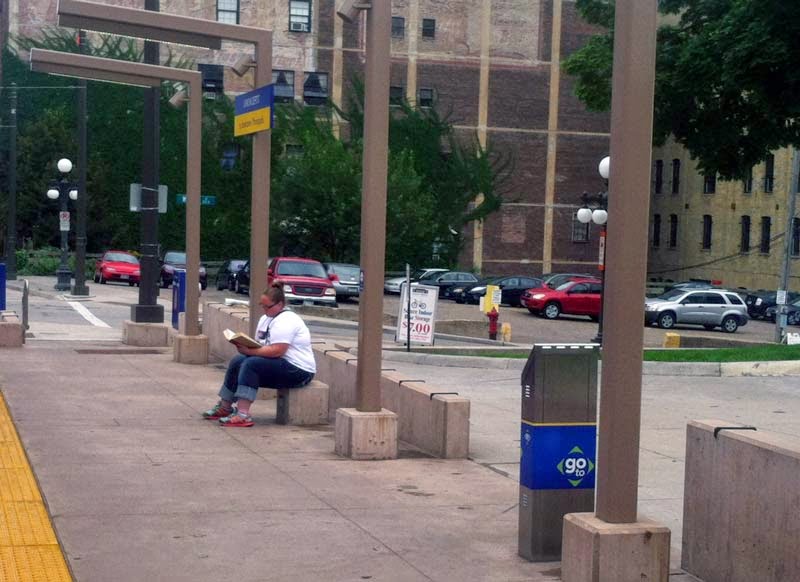 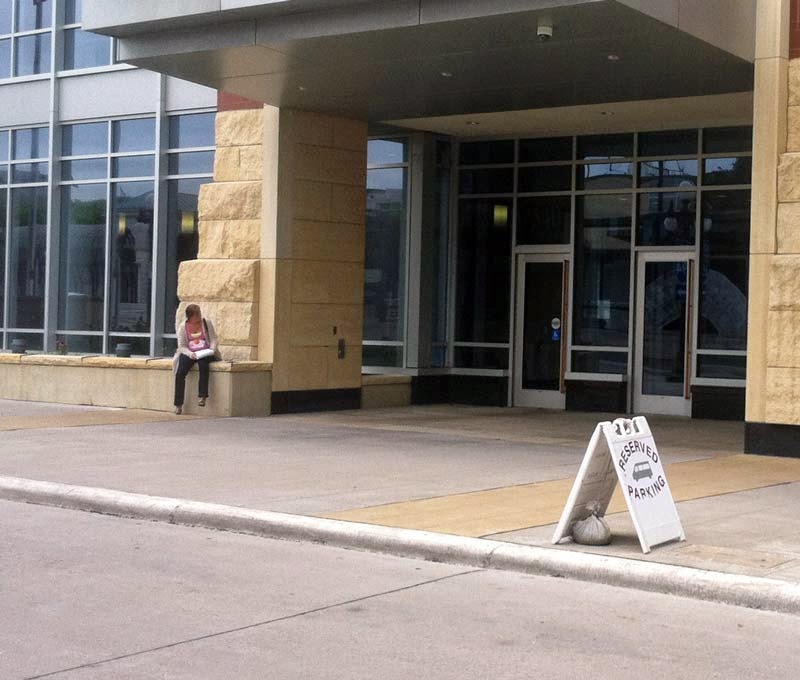 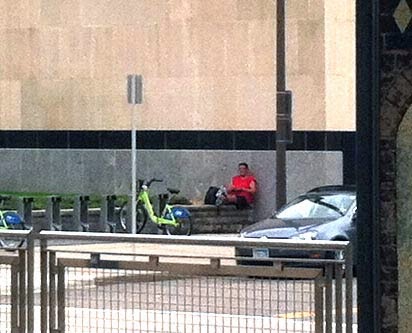 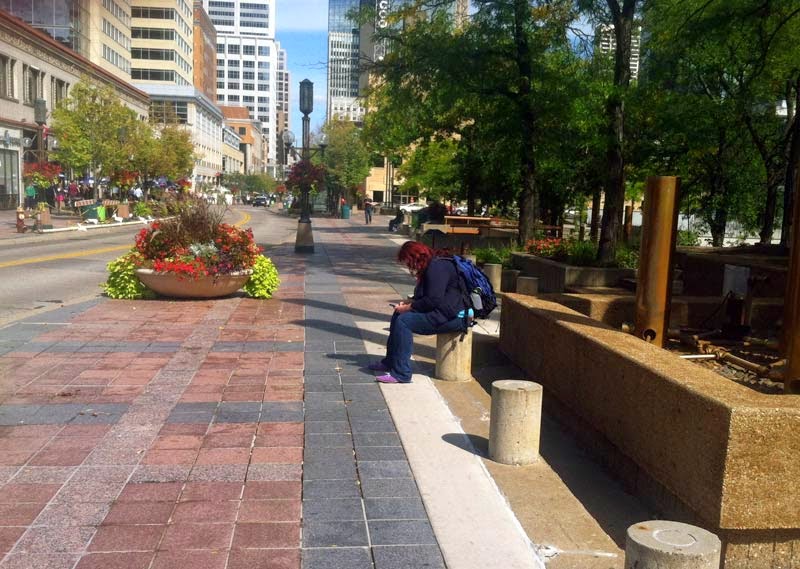 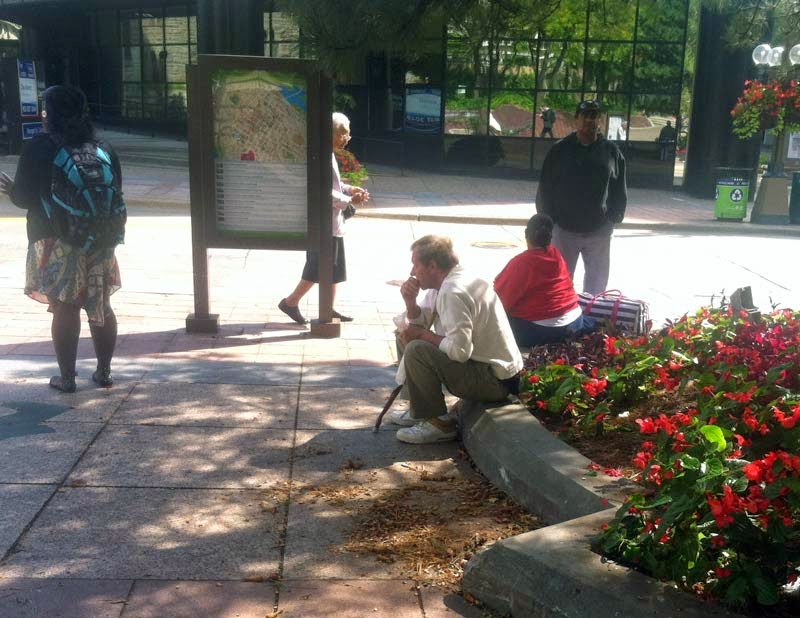 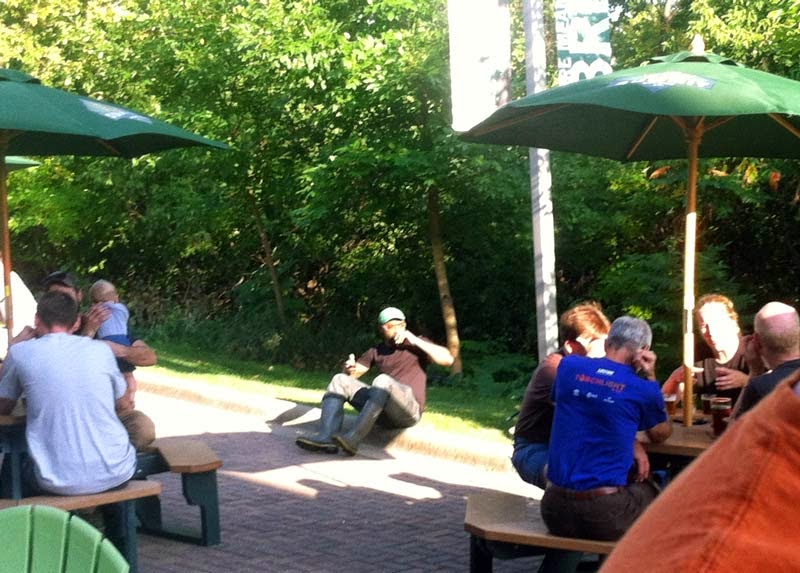 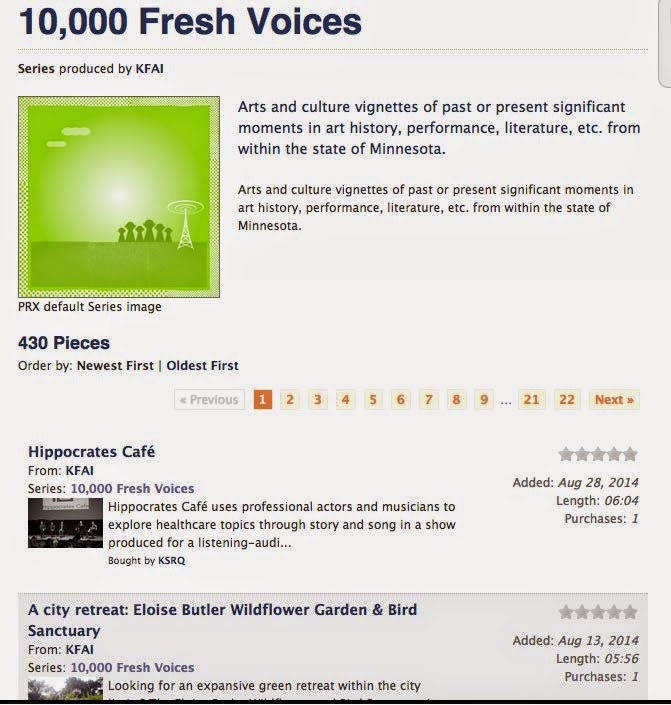 One of the things I've been doing on and off over the last year is producing short radio pieces on Twin Cities' arts and culture for KFAI's 10, 000 Fresh Voices program, often about local urban history.

My first ever local sidewalk radio piece was a half-hour documentary about Snelling and Selby that I called the "sidewalk show," and I've continued to be interested in telling our city's stories on the air.

For example, I turned last year's East Lake Wok Walk into a 5:00-long piece that you can listen to here. 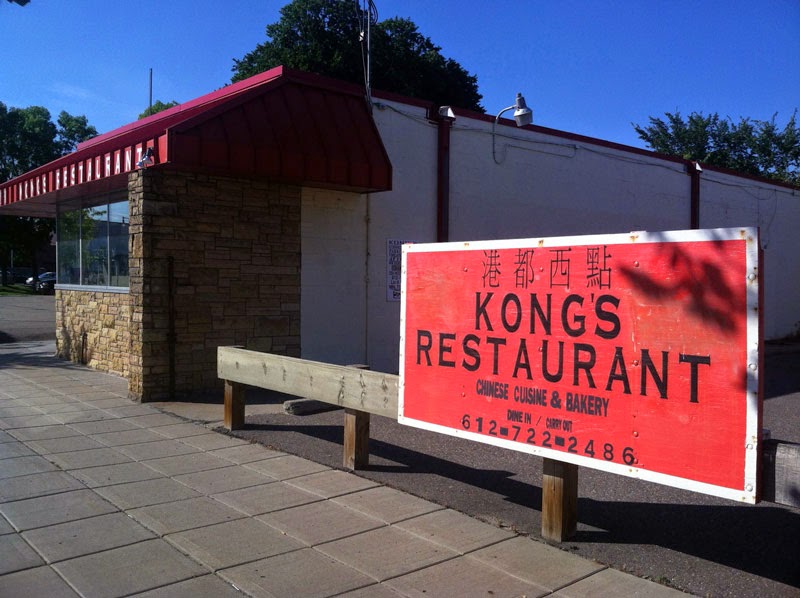 Others include this great piece about Wakan Tipi, the Dakota center of the universe and the ex-cave on Siant Paul's East Side where the womb of the world used to be. 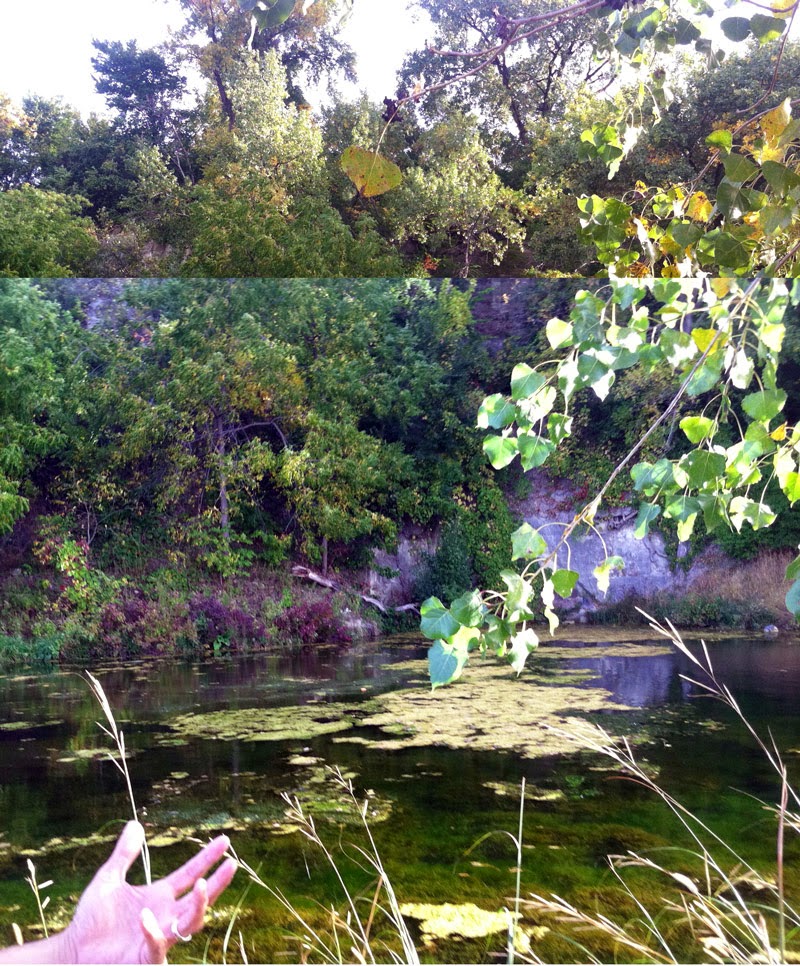 Making compelling radio is a lot of work, and it's great that KFAI and the state's Legacy Fund has helped to provide this treasure trove of stories for all to hear. Check out the archive for yourself. It's full of treasures.
Posted by Bill Lindeke at 10:42 AM No comments:

Woolf was fascinated by city life—by the feeling of solitude-on-display that the sidewalk encourages, and by the way that “street haunting,” as she called it, allows you to lose and then find yourself in the rhythm of urban novelty and familiarity. 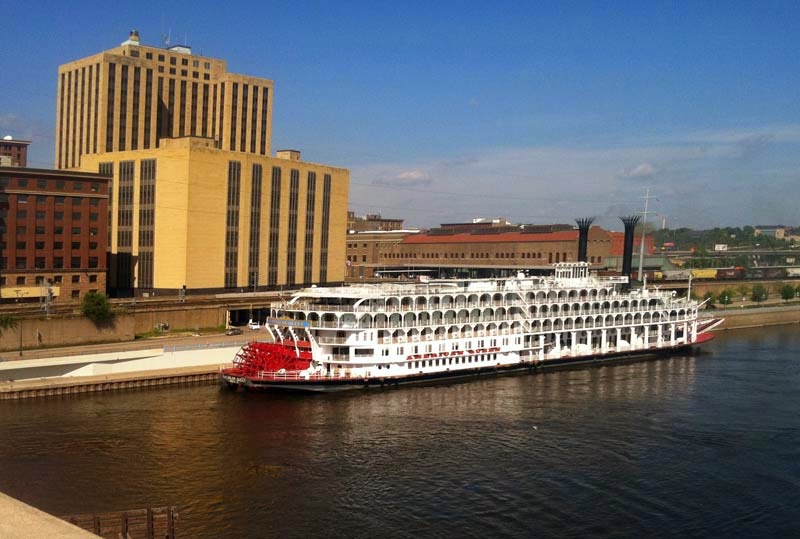 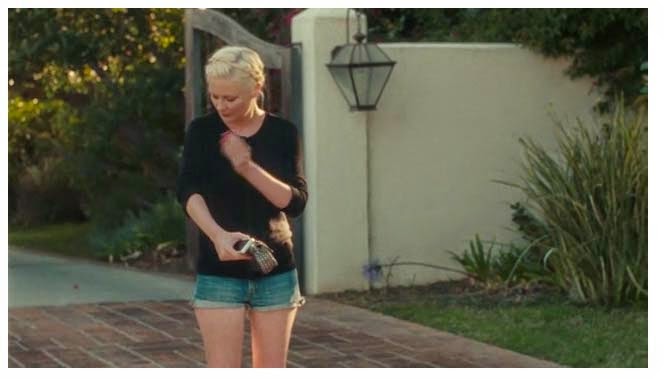 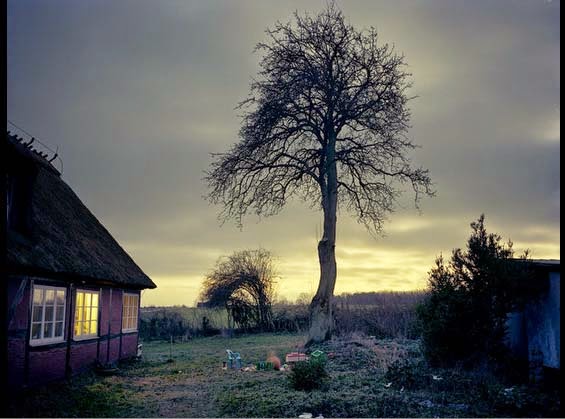 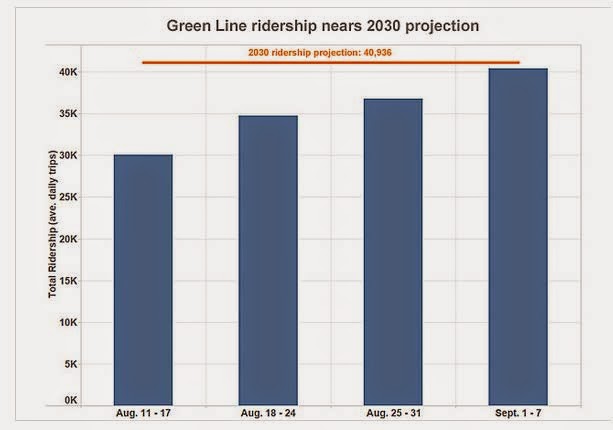 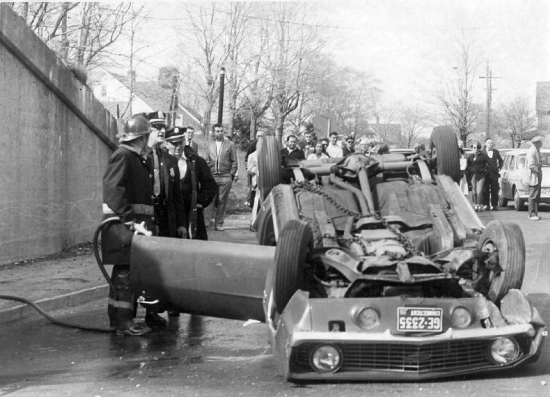 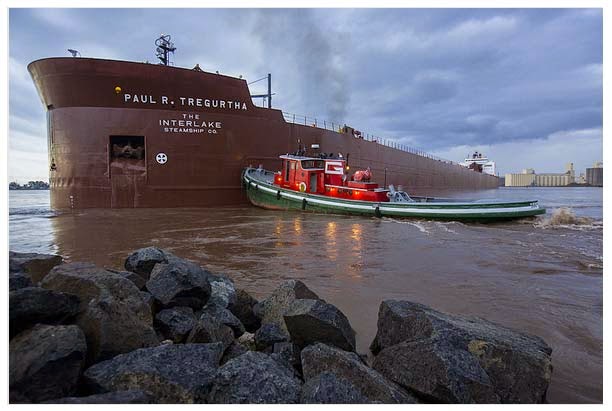 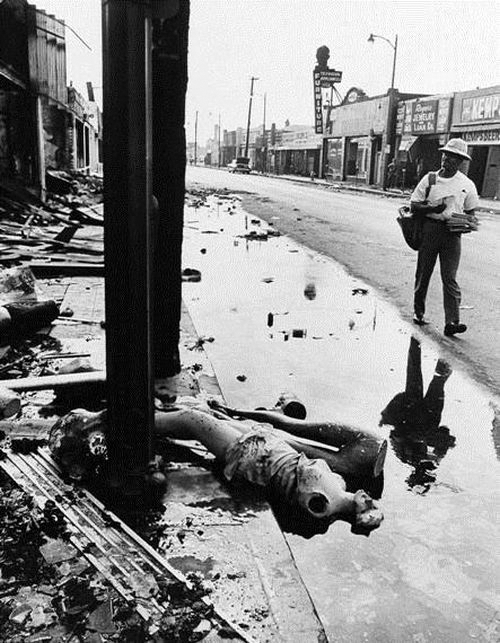 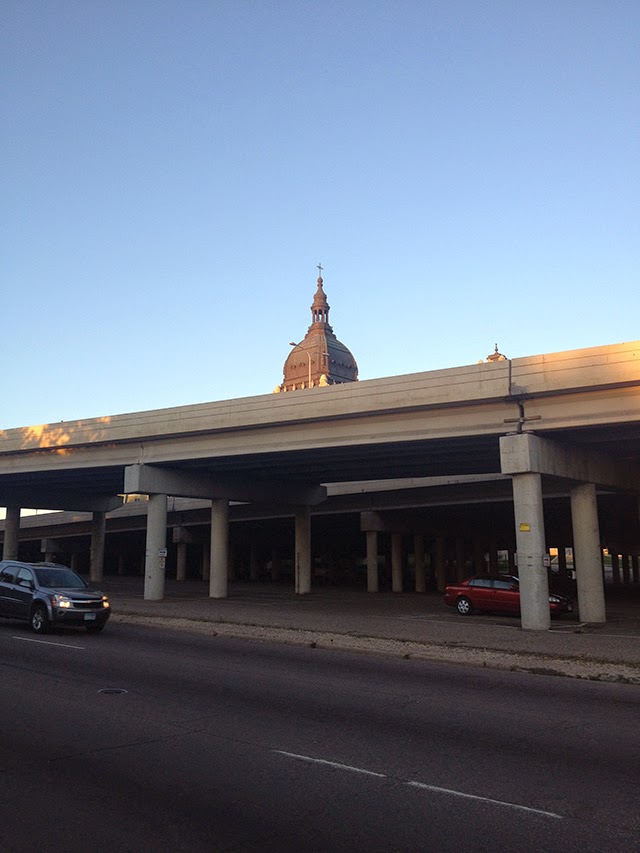 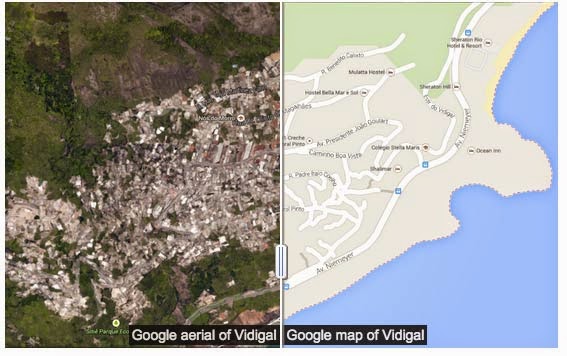 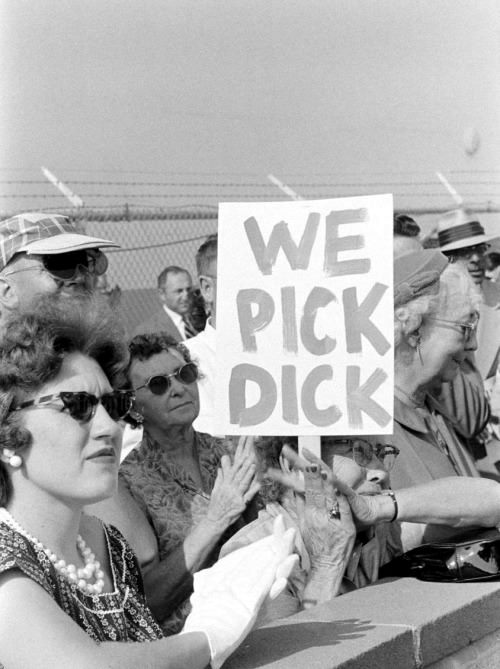 Posted by Bill Lindeke at 1:08 PM No comments:

Short short version: A new restaurant is opening on Western Avenue! Neighbors are excited. [Apparently they're excited in the same way that electrons get excited because parking.]


Headline: Biking the Green Line; A growing number of cyclists are extending their reach with new link to light-rail transit
Author: James McKenzie [the two clans of the Highlands are the Clan McKenzie and the Clan McClure...  but "there can be only one?"]

Short short version: You can put your bike on the train, which is useful for people wanting to get to and from the train and their destinations. People ride bikes in Saint Paul, apparently. In the winter and the summer. Some quotes with complaints about University Avenue being terrible for bicycling, including this one: "I've biked in China and I wouldn't like on University Avenue now." Some nice things here about Charles Avenue as an alternative [though it doesn't actually connect past the Prior Avenue area].


Headline: West End reviews plans for Riverview transit study; County says the opening of new transit line may be a decade away [Ten more years of this article and I'll be dead!]
Author: Jane McClure

Short short version: The county is still studying what to do on West 7th Street.

Short short version: The place by the river place where the old coal plant used to be before they tore it down might have new buildings but there are no firm details other than "350 market rate apartments and a new office building."

Short short version: An old Victorian mansion might formerly used by the College of Visual Arts (CVA) become a "boutique hotel" for longer term stays [kind of like a B&B]. "Local residents are of two minds." The Planning Commission approved the idea, but it hasn't gone before the City Council yet.

Short short version: There will be a public meeting about how to improve the industrial area north of University Avenue.

Short short version: A nonprofit will go into a former CVA building.

Short short version: A nonprofit will have an antenna on its roof.


Headline: Privatized or not, golf rounds are down at city's four courses
Author: Jane McClure

Short short version: [This passed through the Planning Commission.]

Short short version: The people that live next door to the rehab facility don't like the construction of it. Hazelden cut down a bunch of trees.

Short short version: Someone wants to turn an old warehouse near the Schmidt brewery into a self-storage facility. The plan passed through the planning commission, but on a very close vote. The debate was about offering a zoning variance, because the land is zoned TN3 [relatively desnse mixed-use].