I love West 7th street. It’s one of my favorite neighborhoods in Saint Paul because of its mix of tradition, historic buildings, dive bars, and small businesses.

You only have to look at one block to see the promise of the street. Between Goodrich and Douglas streets, there are five great small businesses in century-old buildings. First, there’s Day By Day Café, where people in recovery from addiction make and serve you  healthy breakfasts in brightly-lit booths or the delightful (if occasionally snake-laden) back patio. Next to that is St. Vincent de Paul Thrift Store, a wonderful place where the poor and upper-middle-class alike shop for recycled deals, staffed by the most cheerful bad-joke-telling and accommodating people you’ll ever meat. Next to that is a cute yoga studio (from what I’ve been told), and then Claddagh Coffee, serving excellent roasts and paninis in a former porn video shop. (They have deals for nonprofits and community groups to rent out their basement.) Finally, there’s Sophie Joe's, a sprawling antique mall with nice yet savvy ladies working the counter. (Little known fact: Lindsay Lohan once shopped there.)

That’s just one block, and the whole street boasts great little places with urban history and character in spades. Did you know that there is only one chain on the whole street between Grand Avenue and the 35E? It's the Subway store at Randolph McDonald's by the bridge.

Finally, the West 7th neighborhoods are full of people from different backgrounds that you meet all the time, and the neighborhood has cultivated a culture of toleration that I value. (Well, except for you, Diane.) For example, take the time I ran into Mark's backyard beanbag league, and he offered me a beer and some low country boil. That's the neighborhood in a nutshell.

But as much as I like it, West 7th has a fatal flaw. The street is saddled with a pervasive deadly car culture. The four-lane portion of West 7th is an accident factory, sprawling and chaotic 5- and 7-way corners are red carpets for unsafe turns, sidewalks are sparse, there are no bike lanes, and the crosswalks are complete jokes. The deadly design of West 7th holds the neighborhood back, and is the main reason for the repeated crashes.

Lately, it seems like the crashes are getting worse. The latest crash from a week ago is mind-numbingly sad: 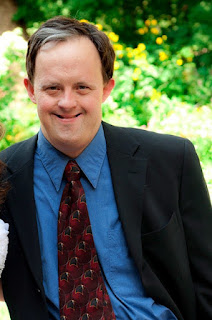 He told officers he thought he had slipped on the ice, but given the severity of his injuries and evidence that police found — tire tracks and debris from a damaged vehicle next to him — investigators believe Corbett was struck by a vehicle that drove away, said Steve Linders, a St. Paul police spokesman, on Thursday.

Paramedics took Corbett to the hospital, where he was listed in serious condition on Thursday. He’s being treated in intensive care for a fractured pelvis, eight broken ribs and a punctured lung, said his sister, Cindy Corbett Nelson. He underwent surgery Wednesday for his broken jaw.

Corbett has worked at Cooper’s Foods on West Seventh Street near Western Avenue, where he bags groceries, since 2003. He also lives nearby and was walking home from work when he was injured. Corbett, who has Down syndrome, lives with a family who looks after him, his sister said.

“All the customers love him,” said Chris Streadwick, Cooper’s assistant store manager  “He’s kind of like a neighborhood icon. Everybody knows him.”

Corbett’s family and police are asking anyone with information to come forward.

“He has such a wonderful, pure soul,” Corbett Nelson said. “What happened is obviously life-changing, but we’re hoping we’ll get our Tommy back at some point in time and hoping to get some help from the public to figure out what happened.”

It’s all the more horrid because Cooper’s Foods is one of those classic West 7th institutions. It’s the kind of grocery store that makes you think you’re in a Red Owl time warp from the 1980s. The store has been unglamorously providing food to West 7th neighbors for decades, serving everyone without pretense, and providing jobs for people like Tom who need both understanding and livelihood. There are always baggers working there, cleaning up, adjusting the bouncy balls in the window, and dealing with customers who can sometimes be a bit unkempt.

One key reason that I think we need big changes to West 7th Street is that the existing design is so predictably tragic. You can set your calendar by terrible crashes like the ones that killed Jose Hernandez or Kunlek Wangmo or Alex Mardell. For each of those stories, there are dozens of smaller crashes like Tom's that changed people’s lives forever. Every time I watch an old man walk a dog across the speeding traffic, or an old woman perch herself on the curb in front of Day By Day, I know the street has to change.

There are lots of things the city could do, but personally, I don’t think we’re going to see big safety improvements without the Riverview streetcar project. The kinds of smaller tweaks that might make a difference, like extending the 3-lane road diet further toward downtown, adding pedestrian island medians, adding bumpouts (especially at obtuse corners), or reclaiming some sidewalk space at the most dangerous intersections are great. But any of those kind of things would require determined community effort and hard-to-get funding, and given the long-standing dynamics of the neighborhood conversations where both the business association and the neighborhood groups seem resistant to change, I don’t see that happening without a big project as a catalyst.

I hope that making West 7th safer doesn’t mean the end of the things I love about the street. I think we can keep the great community and also have a street that doesn’t maim its most vulnerable people. It would be great to brainstorm how to achieve that goal, but something has to change. Saint Paul needs to end the deadly carnage.
Posted by Bill Lindeke at 10:29 AM