My Comments during the Lexington Parkway Site Plan Decision 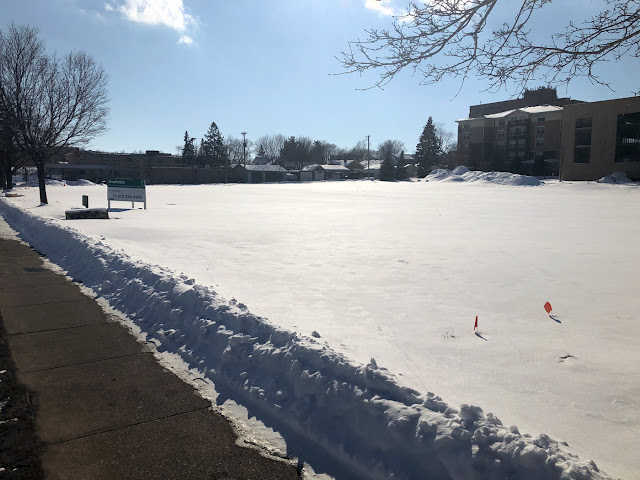 Now that the Planning Commission voted 8-7 to reject the site plan for a mixed-use development proposal near Lexington and University, I'll share some of my thoughts. Stay tuned for a much longer post on this topic soon. in the meantime, this is a slightly longer version of what I said at last Friday's Planning Commission meeting.

for a bit o context, the City Attorney has repeatedly made it clear that Comprehensive Plan as a basis for decisions on a site plan was not a legally. That was the motion on the table.

I agree with many of the comments from the community expressing concerns about affordability in this area and with this project. We have a huge need for deeply affordable housing in Saint Paul, and this would be a great place for it. But whether we like it or not, the owner of this property wants to develop this land as market-rate housing and that’s the application before us.

But I also have to say that almost none of the arguments raised in opposition to this application are relevant. Once an applicant decides what they want to do, the Planning Commission has a clear role: we use the requirements in the zoning code to evaluate the site plan. And we treat every applicant in Saint Paul equally, no matter who they are or what block it is or who runs the nonprofit.

Because we don’t have any rules about rents or affordability in the zoning code, if we deny this application and the City Council does not overturn our decision it, I think it will end in a lawsuit and Saint Paul will lose.

I also think that if we pretend we can vote yes or no on developments in Saint Paul because of affordability concerns, we will be misleading people, because we can’t. We should not give the impression to activists working for equity and social justice that we have that kind of power over development in Saint Paul when the zoning code that does not do that.

If we want to put rules on affordability into the Saint Paul zoning code, it will require a difficult conversation about how to best translate our values and goals into the legal details of regulation. If we want to make affordability policies, we could look at Minneapolis, where they have adopted inclusionary zoning and are now looking at passing rent stabilization with a ballot measure. Rules like that won’t be silver bullets that solve the problem, but they are the kinds of things we can do as a Planning Commission.

Today, though, this application meets every requirement in the Saint Paul Zoning Code and we should approve it for that reason. Rejecting this application would be to mislead people about our role, would likely lose in court, and will not move us toward solutions for the housing crisis.

I am voting for this project the zoning requirements, whether I like it or not. I hope my colleagues do the same.

I have a lot more to say about this case, and stay tuned for more on this complex housing debate soon.

I hate writing these, but there was another predictable tragedy on a Saint Paul death road. Per Mara Gottfried in the Pioneer Press, here’s what happened on at 6pm last Friday:

On Friday, those who found her said they wished they could have done more and that they couldn’t believe someone could have driven away after striking her with a van in the Dayton’s Bluff neighborhood.

“That could have been anybody’s grandma or mom,” said Sarah Reeves, who stopped with her husband to help Harlan. “How do you just leave them there like that?”

Harlan, who lived in the area, was the kind of person who was “always in a happy, good mood,” said her brother, Bradley Harlan. She loved painting and used to be a commercial artist.

“She’s a wonderful person,” he said. “She would do anything for anybody.” 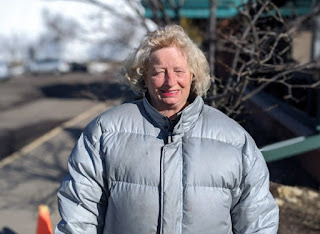 To make matters worse, the case was a hit-and-run, the second such deadly crash in Saint Paul in the last week. The driver of the van that killed Susan Harlan didn’t stay and has not yet been located.

Because the street is so badly designed, and encourages drivers to ignore the sidewalks and neighborhood, most people kept speeding past the body laying on the asphalt.

Again, from the article [emphasis is mine]:

Bronwyn Harper Smith, of St. Paul, was driving home on East Seventh Street — on the stretch between Arcade Street and Mounds Boulevard — when she noticed a couple of cars ahead of her going around something in the road. She figured they were avoiding a stopped car, but as she approached she saw it was a person lying in the road.

“That was the thing I got mad about right away. I was thinking, ‘Why are these people not stopping?'” said Harper Smith. “You go into that fight or flight, like, ‘Oh, my God,’ so I pulled over and told my kids to wait in the car because I had to go make sure someone was OK.”

It was about 6 p.m., and she called 911 as she walked toward the woman. She didn’t know what happened to Harlan, but she noticed the woman wasn’t wearing shoes and there were a pair down the road. Reeves thought it looked like Harlan was thrown by the force of the collision.

The Dayton’s Bluff neighborhood around East 7th Street has a lot of issues. For one thing, the street is steep and separated from downtown Saint Paul by lots of train tracks and more than one freeway. It runs at an angle, creating odd intersections with sometimes difficult sight lines. And the East 7th neighborhoods here struggle with poverty, inequality, a lack of jobs, and other issues that are difficult to solve.

One critical, solvable problem is its main street, East 7th. For decades it’s been a deadly “four-lane death road” (with little-used parking) that encourages 20,000 drivers a day to speed and weave past each other in the heart of a walkable, working class commercial district. Eons ago, this route was designated as US highway 61 for a key stretch, from downtown to Arcade, which meant it was designed by the state DOT to be primarily a highway, with minimal consideration for people on foot, bike, bus, or living nearby.

On a street like East 7th, a horrible crash like the one that killed Susan Harlan is predictable. I’ve wiled away countless hours in the Swede Hollow Cafe, a block from this spot, where I go up to the second floor with my laptop and stare out the window at the street below.

I don’t know why I go to watch the street. The quiche is good, but I'm drawn there like a gawker. there's something terrible and sublime about the pull of this street, the riveting view of the city's skyline juxtaposed against a street that relentlessly hurtles drivers into a neighborhood full of people.

This is all common knowledge to an East Sider.  About a year ago, the city got the money together to a grant to bring in a place-maker team to think about how to improve and redesign the street using temporary and art-based measures. It was a rather awkward stab at improving the street, and it was lovely for an hour or two. Within two days there wasn’t a remaining trace of the temporary traffic calming measures.

Last year, the crosswalk was improved at great expense ($500,000?) so that now, if you press the button, lights flash and for a second it seems like you’re on stage at a First Avenue show. Even then, drivers don’t always stop for people to walk across the street. And if you’re a block or two away, as was the case for Susan Harlan, shouldn’t you also be able to safely cross 7th Street?

It’s worth pointing out that East 7th is a great “turnback” candidate, where the state DOT would “give” the street back to the City of Saint Paul in perpetuity, removing its state highway status and making more meaningful safety improvements possible. This can’t happen soon enough, though there needs to also be some funding provided by MnDOT to reconstruct the street and add safety measures. If they just “turn back” the street as-is, the city would be on the hook for millions of dollars in safety changes to un-do the widening that occurred for the US highway.

There’s no reason that East 7th should be four-lanes wide. The design encourages speeding and dangerous driving in the heart of a working-class, historic neighborhood full of 19th century buildings, affordable housing, shelters for unhoused people, a blue-collar university, a whole bunch of good restaurants and stores, and thousands of people trying to get around. A traffic island median would have solved the problem at a fraction of the cost of the expensive HAWK beacon, and much more effectively. But to do that, the road would have to be reduced in size, and that is surely a step too far for MnDOT.

We need to finally change this critical Saint Paul street. It’s too late for Susan Harlan, but it might not be too late for the next person who will fall victim to this deadly street.