Officially, this blog is on semi-hiatus for another month. Unofficially, it springs to life each time the Star Tribune epitomizes journalistic laziness by throwing bicyclists under the bus.

For example, check out today's shark chum lede, in the Strib's explicitly car-centric "blog about traffic," "The Drive":


The Drive: Renegade riders give bicyclists a bad name

Minneapolis has gone the extra mile to make it safe and easy for bicyclists to ride. Over the past several years, the city has dedicated nearly 200 miles of street lanes and off-road trails exclusively for those on two wheels, and more are on the way.
The city’s continuing commitment to improve infrastructure and safety has earned it the designation as the No. 2 biking city in America and gold level status from the League of American Bicyclists for its efforts to integrate bicycles into the community.
[...]
But what about the bicyclists who don’t follow the rules of the road, he asked? “It’s dangerous,” he said. And he’s right.


Next to being a valet at the Eagan Outlet Mall, my personal hell would be writing this column every week. Column #1: "There's traffic at rush hour. What is to be done?"  Column #2: "Cars still need gas." Column #3: "Parking sucks." Column #4: "Three ways to tell if your garage is big enough." Column #5: "Road construction is insanely expensive." Column #6: "Potholes!" [REPEAT]

I imagine poor Tim Harlow slouching into the office yesterday morning and shrugging at his editor, "sorry skip, I've got nothing this week."

I imagine his editor letting out a long sigh, before leaping to his feet and declaring, "f**k it, just write another column about renegade bicyclists!"

So we get this; the Strib ends up trolling bicyclists. First it was slapping a misleading headline on Steve Brandt's well-written piece about Lake Street bike safety. Then it was making a bike accident all about helmets. Then it was reporting on a tiny part of a bike trail as if it was the most expensive public works project in the history of the city. Less then a week later, we have another piece of "bikes vs. cars" SUV chum.

You cannot safely ride a bike through the Twin Cities without constantly breaking the law. Some bike advocates might disagree with this, but in my opinion, if you want to ride safely and comfortably around the city, you have to sometimes go onto the sidewalk or cheat through a busy intersection. (See my rules for "DIY bike infrastructure" for a complete list.)

One example is the so-called Idaho stop law that (soon to be ex-)Representative Phyllis Kahn sponsored a few years ago. This is a common sense rule that bicyclists treat stop signs like "yield" signs, which is something that 99.99% of bicyclists already do anyway. If everyone everywhere breaks the law, maybe there's a problem with the law.

The same holds true at busy intersections. If you have no bike lanes and badly timed signals for bikes, people will run through the intersection whenever they get a chance. (The vast majority of the time, this is done completely safely.) If you change intersection signals to accomodate or prioritze bicycles, people follow the rules. (See this study in Portland.)

As long as we have key streets with no bike lanes, no signal prioriry, and keep mumbling the mantra that "bicycles are vehicles," almost every bicyclist will be breaking the law (just like the 99% of driver who speed).


#2. Equivocating between road users is not OK

Another big problem with this kind of piece is false equivocation. As any cursory glance would reveal, cars and bicycles are not equivalent. One weighs a few thousand pounds and reaches deadly speeds in a few seconds with the flick of a foot. The other weighs a few dozen pounds and requires effort to hit double digit miles per hour.  One kills tens of thousands of people annually (and double that if you include secondary effects). The other makes you healthy, wealthy, and wise and kills almost nobody.

Recognizing that tension between motorists and bicyclists exists, both parties have to work together to resolve it. This summer, Minneapolis officials and police will be distributing several thousand bicycle law education cards to motorists and bicyclists alike at citywide events, to promote safety and to highlight laws that are commonly broken by both sides. [...] “The big thing is that both bicyclists and drivers are equally responsible. It’s not just one side or the other.”


Actually, Blenski has it wrong. If there is a persistent problem with crashes, the road design is responsible. The fact that there are so many bike "accidents" on streets like Franklin or Hennepin Avenues isn't a coincidence, it's predictable. It's because there is zero accomodation for bicycles on those streets.

In fact, it's not just a matter of street design. Our legal system could be tweaked so that drivers who crash into cyclists or pedestrians are automatically liable, like in the Netherlands. Minnesota could pass a vulnerable road user protection law, like ten other states. Pointing fingers at bicyclists who are only trying not to die amounts to blaming the victim.


#3. Minneapolis has a long way to go

Many stories like this begin with the presumption that Minneapolis is bicycling paradise. Minneapolis "has gone the extra mile," built "dedicated street lanes" and "earned the designation of the No. 2 biking city in America."

Being the #2 bike city in America is like being the most authentic entrée at the Olive Garden. That's like being the second best Disney baseball movie. The cold hard fact is, the Twin Cities is not even close to making bicycling a normal everyday way to get around. On the contrary, we're quickly losing ground on other cities that have begun making real changes to how our streets are designed and prioritized. (For example, we haven't even built a decent cycletrack.) Outside of Minneapolis, bicycling mode share is miniscule.

If we want to achieve our sustainability goals, improve public health, and save money (both municipally and individually), we need to stop writing and reading columns like this, and start having intelligent conversations about how street design and traffic laws affect bicycling.

MPR has been doing a good job lately of covering these complex issues. For a good take on traffic, read Tom Vanderbilt. And of course, you can always find non-condescending, click-bait-free, intelligent debate about transportation, land use, and urban design over at streets.mn.

Given current momentums, the blank walls will continue to spread, even in the most exemplary of cities. Such as Saint Paul, Minnesota. It is the blank-wall capital of the United States. You would not expect it to be. It is a most habitable, attractive, and friendly city; it has one of the most resourceful and effective mayors in the country; its Lowertown redevelopment is of an eminently human scale and has a fine street presence. 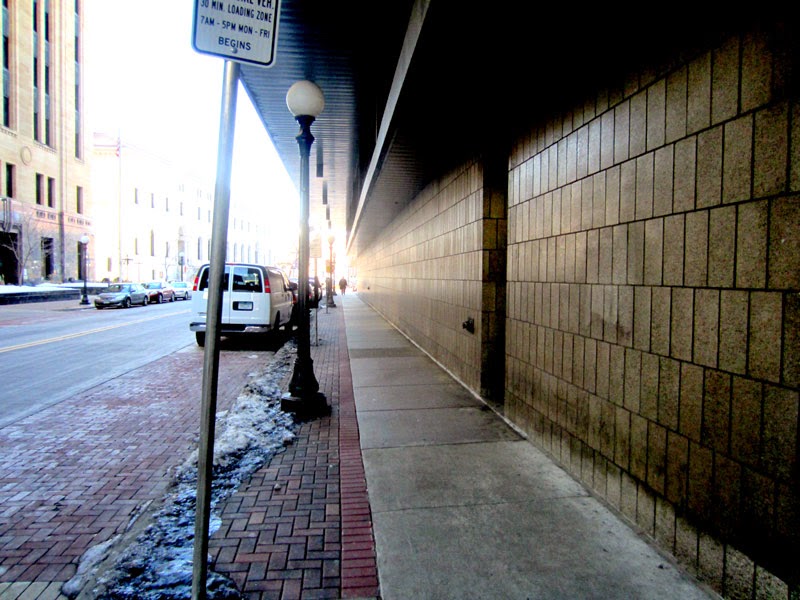 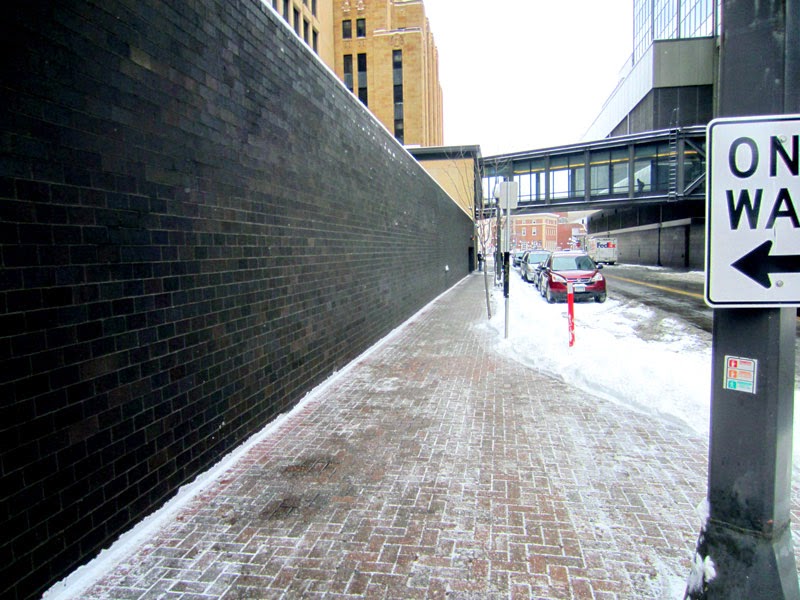 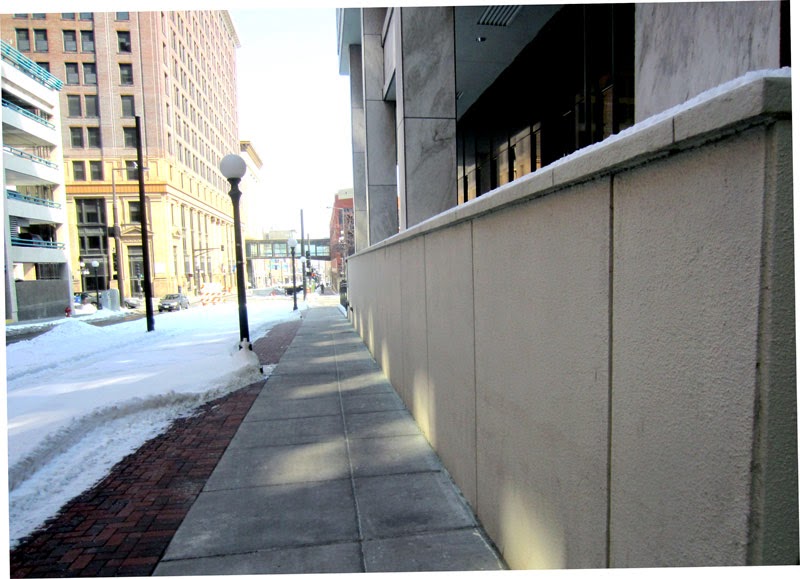 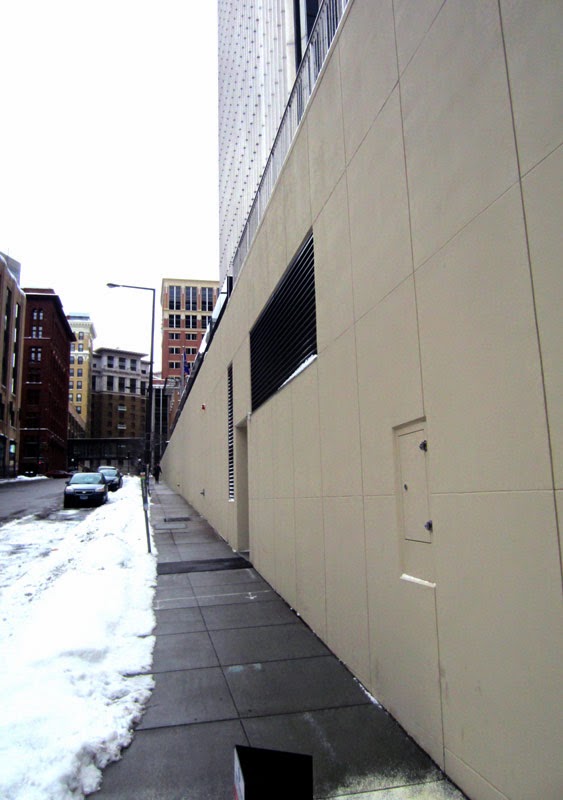 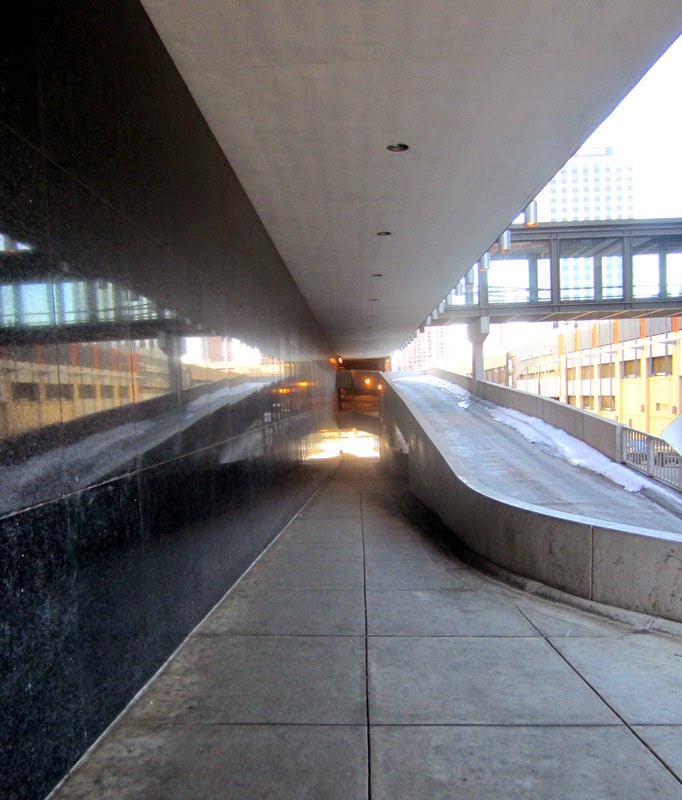 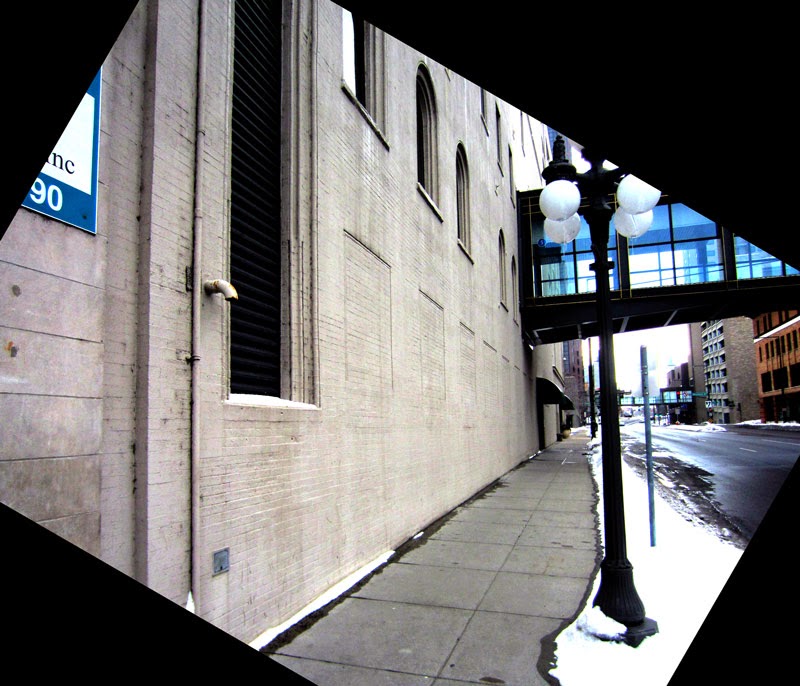 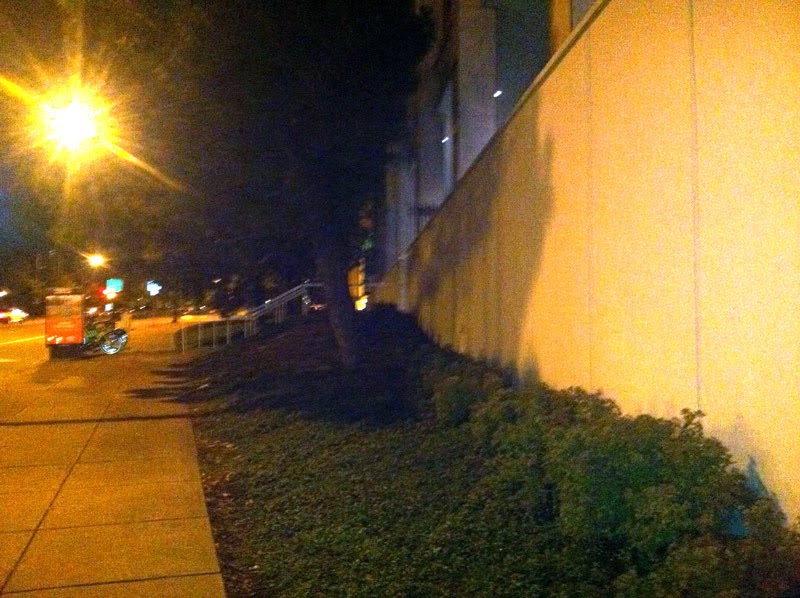 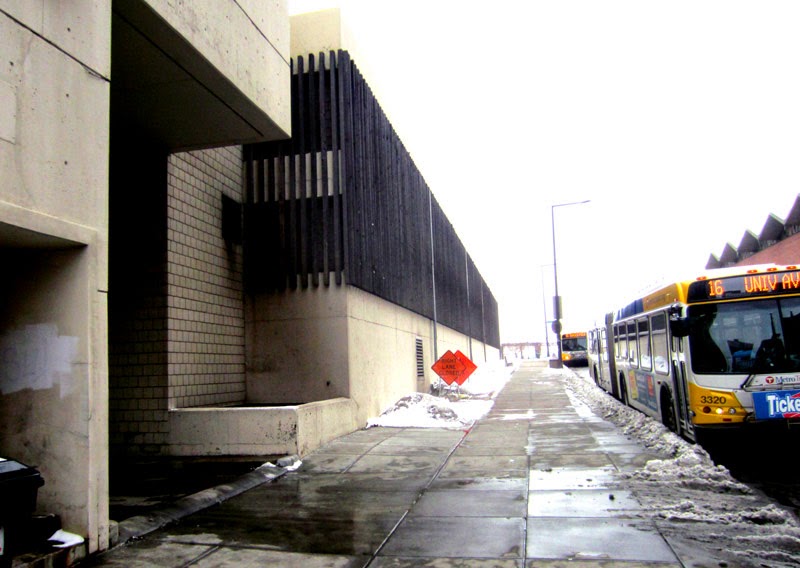 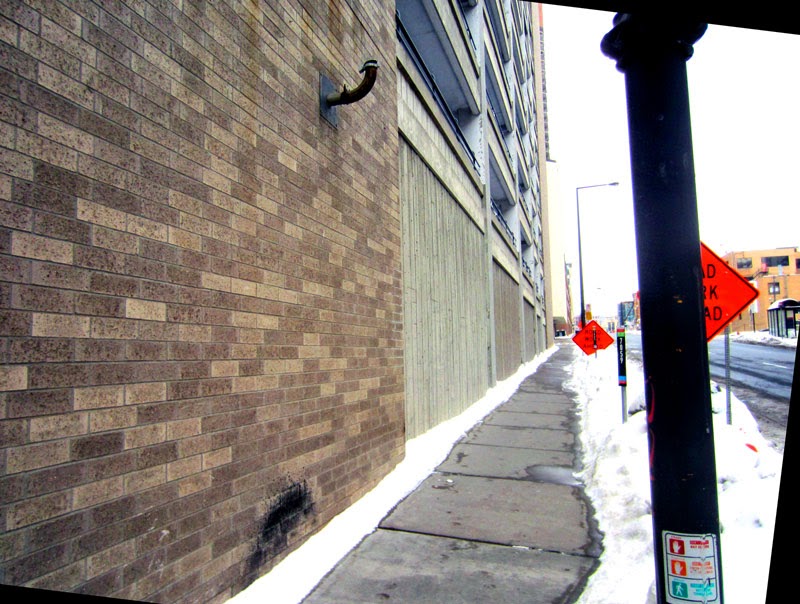 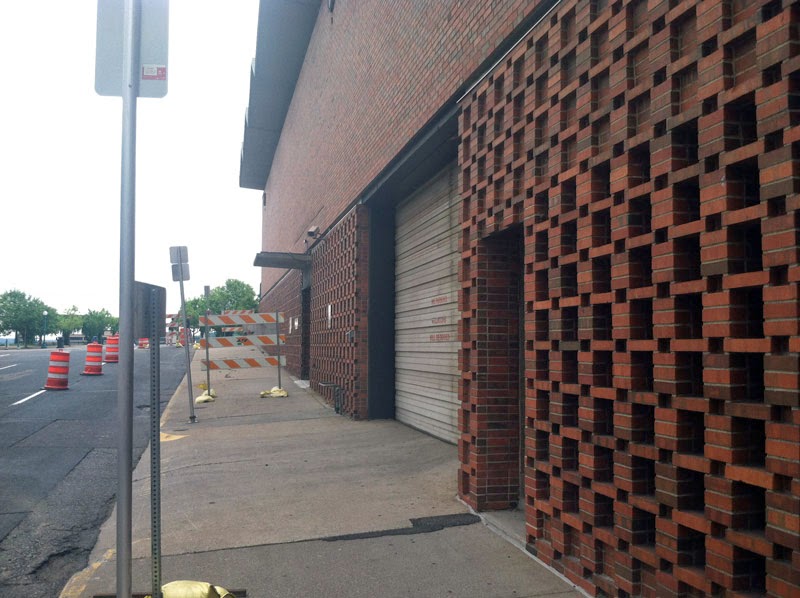 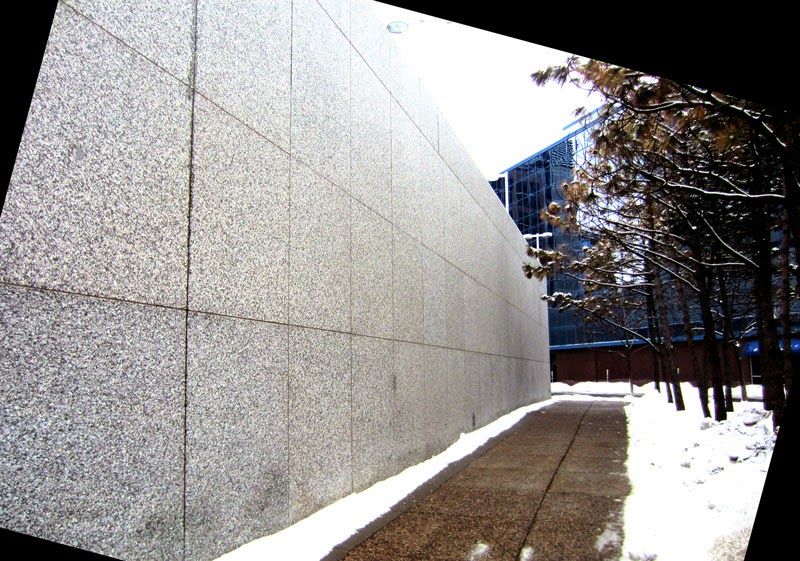 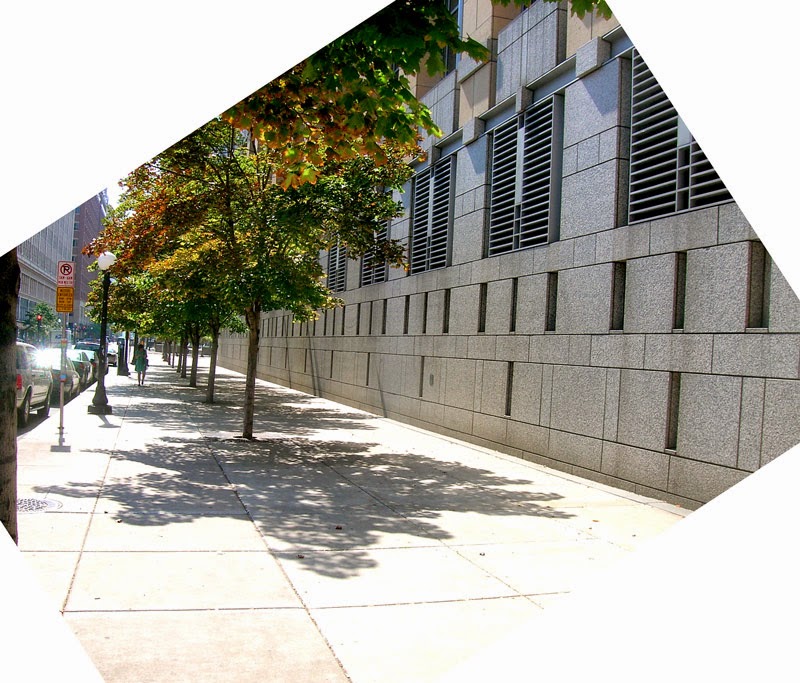 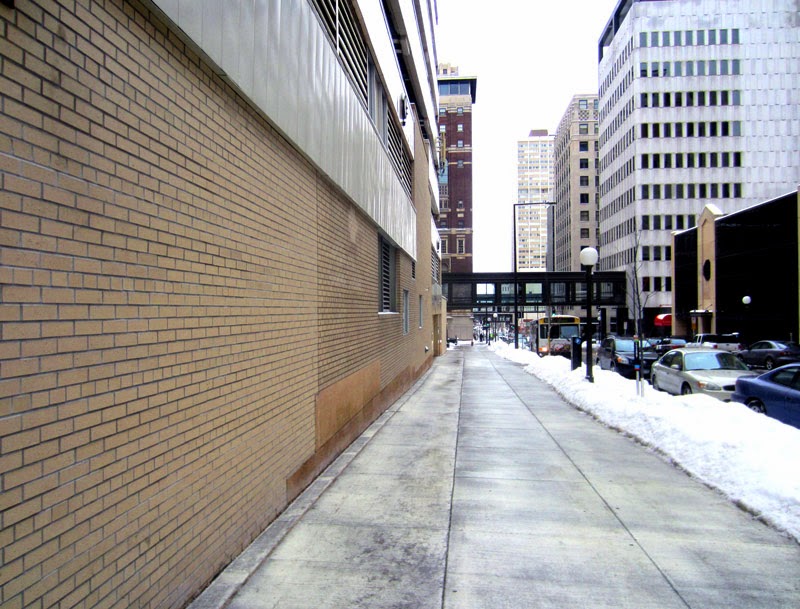