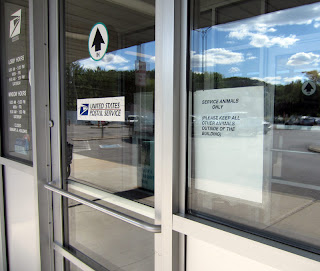 (PLEASE KEEP ALL
OTHER ANIMALS
OUTSIDE OF THE
BUILDING) 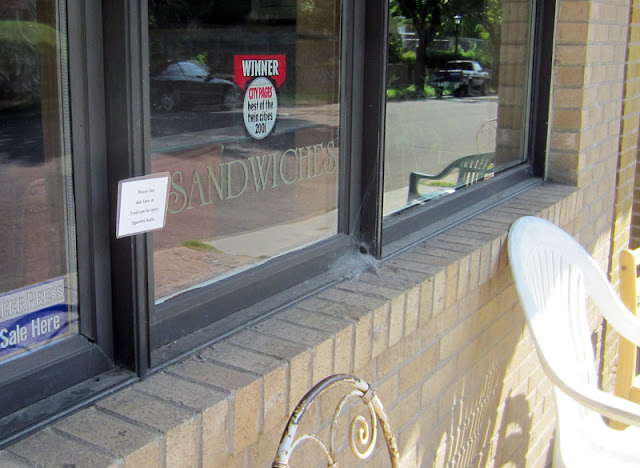 Please Use
Ash Cans or
Trash can for your
Cigarette butts 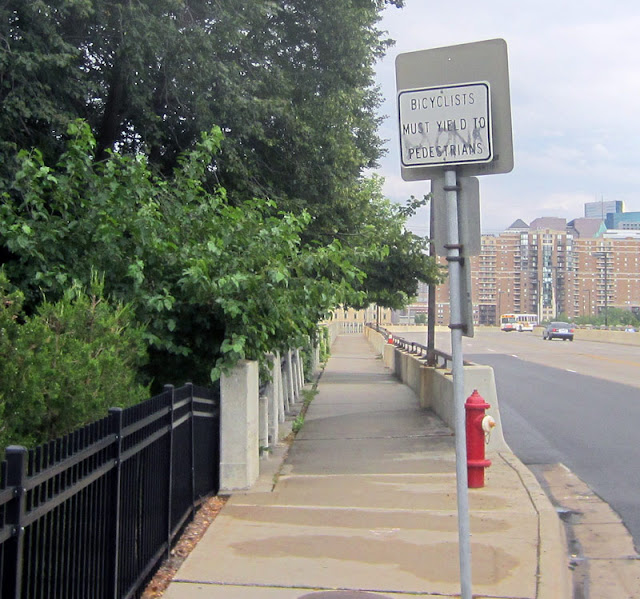 BICYCLISTS
MUST YIELD TO
PEDESTRIANS 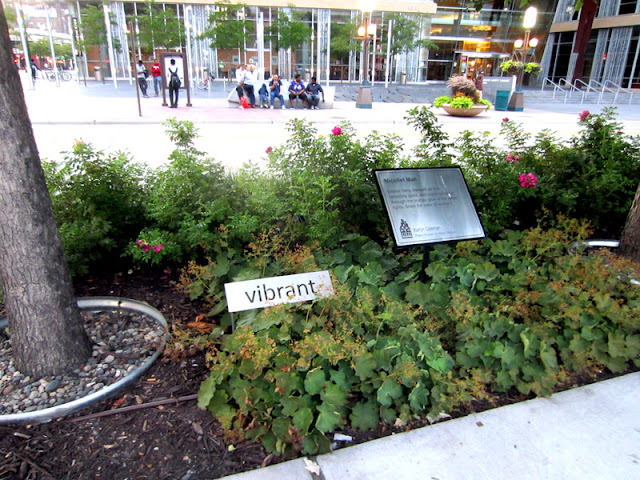 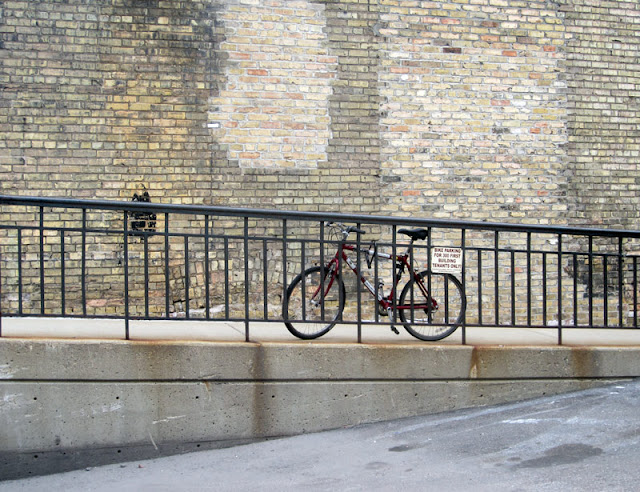 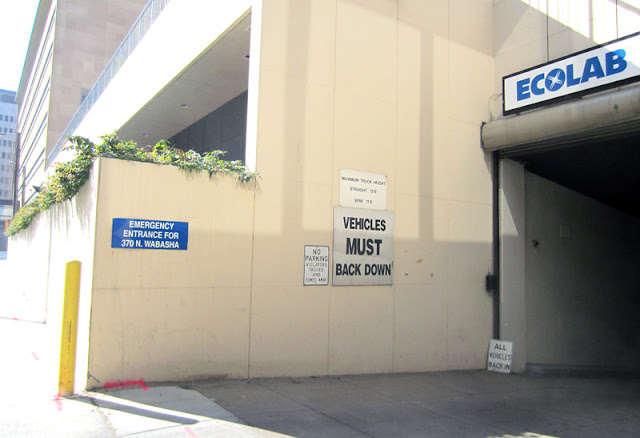 VEHICLES
MUST
BACK DOWN 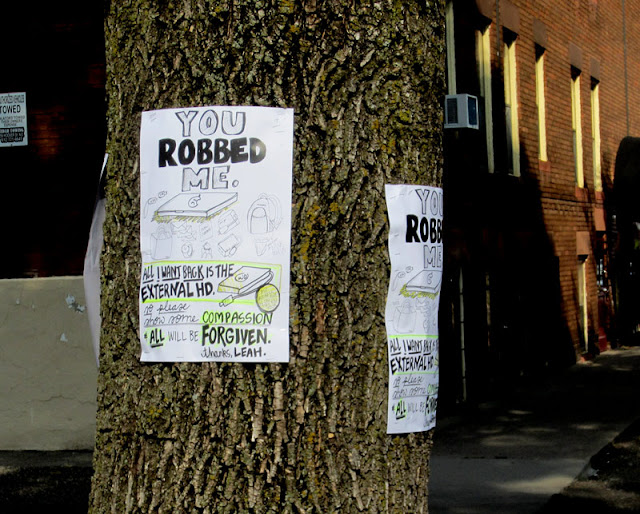 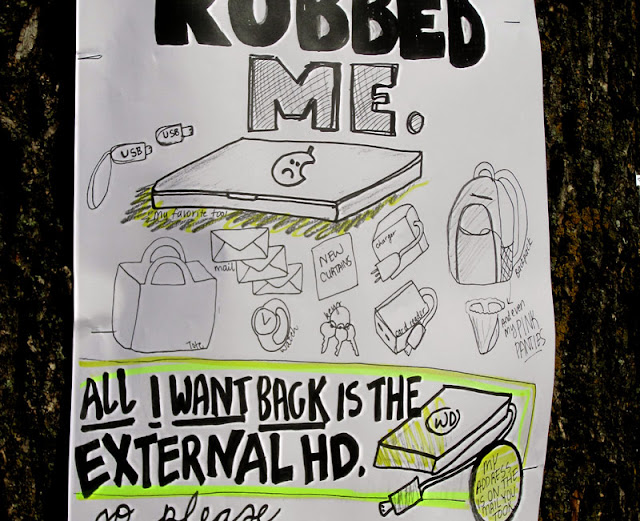 ALL I WANT BACK IS THE
EXTERNAL HD.
so please
show some COMPASSION
*ALL will be FORGIVEN
thanks, LEAH 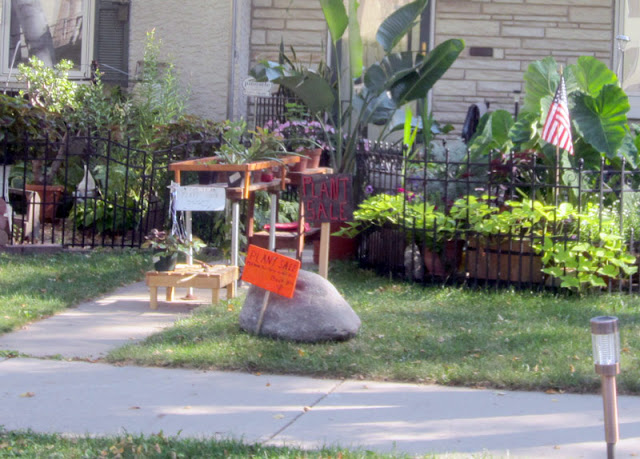 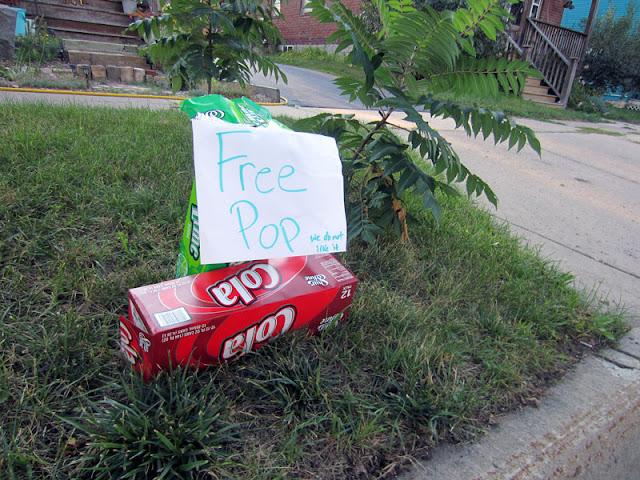 Today on Streets.mn: Minneapolis Accepts an Offer it Can't Refuse

South Minneapolis needs another new freeway onramp like Justin Morneau needs a blow to the head. It's like building more shipping canals in New Orleans...

But it's going to happen anyway. I wrote a new post over at Streets.mn today about the "35-W Access Project" at Lake and 1st, which was recently approved by the Minneapolis Transportation and Public Works Committee. The project is half-good or half-bad, depending on how you look at it. Mostly, it really makes you wish for some state transportation efforts that would make one really, truly, completely happy.

Pondering the vote made me think about some of the lessons you might draw from a project like this. The most important one revolves around negativity, that cities main point of leverage is the ability to say "no" to state and federal transportation agencies. In the end, it's not much of a lever. Here's the main point from the article, entitled "Three Lessons from Minneapolis' Pyrrhic Victory on Lake Street" (check out the meta quoting):

Minneapolis, on the other hand, has a bit more leverage. As a large, politically connected city, they have a bit more room to negotiate with state and federal transportation agencies. Still, the fact remains that the main way cities can affect transportation planning is by being negative, by saying “no” to a freeway or saying “no” to a project. It drastically limits urban possibilities.
For example, Minneapolis has lots of good transportation ideas. I’m sure that if offered $10M in a federal earmark for transportation improvements for Lake Street, Councilmember Lilligren would be thrilled. Cities are overflowing with great ideas that need funding. See for example, their suggestion at the end of this week’s resolution:

BE IT FURTHER RESOLVED that the City of Minneapolis commits to collaborating with Hennepin County, the Minnesota Department of Transportation, and Metro Transit to develop and deliver related improvements in South Minneapolis neighborhoods, such as traffic calming measures, including the potential conversion of one-­way streets to two-­way streets; and enhancements to the transit rider experience, including potential improvements to transit shelters in the area as soon as possible.

As it is, these kinds of projects are rarely get outside money. All Minneapolis can do is to say “No”, and hold out for a better offer. Meanwhile, federal freeway dollars hang overhead like a zepplin.

I was trying to think of good metaphors that really captured the relationship between cities and state / federal DOTs. The best I could come up with was a sane person in a old-school psych ward. I imagine Minneapolis as a quirky patient who ended up there, surrounded by stoic doctors and electroshock machines. Kind of like whats-her-name (not Angelina) in Girl Interrupted, pleading to be released, but becoming gradually destabilized by her treatments until she barely knows who she is any more.
What Minneapolis really needs is a different treatment regime, something involving massage and better nutrition. The highly invasive freeway regimen hasn't done much good.
Posted by Bill Lindeke at 11:11 AM 1 comment:

Short short version: The "coldwater spring" which is a American Indian site and former property of the US Bureau of Mines, is almost a park now.

Short short version: The proposed moratorium [a reaction to the apartment building on Grand which is a reaction to the neighbors' student housing ordinance which is a reaction to students who themselves react to the presence of limitless alcohol, liberty, and members of the opposite sex] on Grand Avenue received a hearing in front of the city council, and "most of those in attendance were in support." Quote: There was some concern over "whether the study will have a predetermined outcome." [PROTIP: yes.] Article includes description of the development ban, zoning along the street, quote from CM Stark and the developer in question.

Short short version: Report on the receipt of the money from the governor for the Saints stadium in Lowertown. [I was chatting with a colleague the other day who speculated that this pot of money, and the parking lot money in Duluth, were gubernatorial pay-back for the core cities' support of the Vikings stadium efforts. -Ed.] Article references the remaining $2M shortfall describes the complex sources for the stadium funding.  Article includes full- color map of the stadium site, laudatory quotes from the Lowertown wine shop owner, CM Thune.

Short short version: Story about a public meeting to discuss the bridge over Ayd Mill Road at Hamline Avenue. The meeting was supposed to be about public art, but turned into a conversation about a possible 4-3 conversion for the bridge. TLC director Barb Thoman is one of the people mentioned asking for the 3-lane configuration [which really makes a huge difference to quality of life for people on foot and on bicycle, IMO; 4-3 conversions should be standard practice for city public works departments in many many places]. The story implies [but doesn't explicitly say] that St Paul Public Works doesn't seem that fond of the idea. The bridge is scheduled for replacement in November. 2013.

Short short version: In other news, cigarettes may cause cancer.

Posted by Bill Lindeke at 2:18 PM No comments: 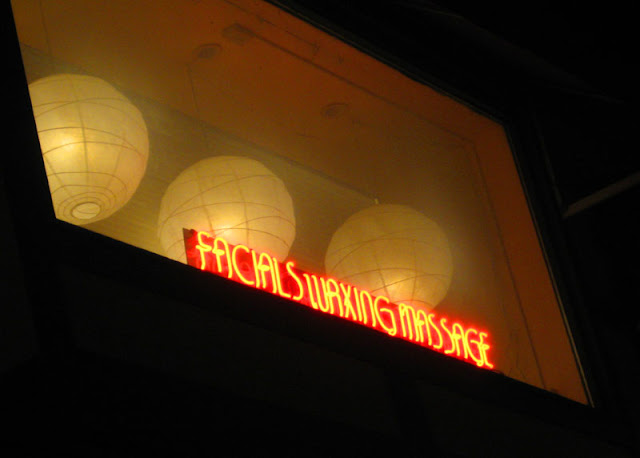 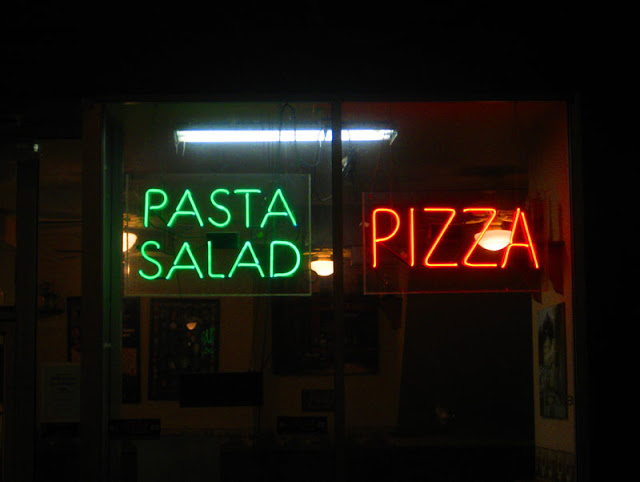 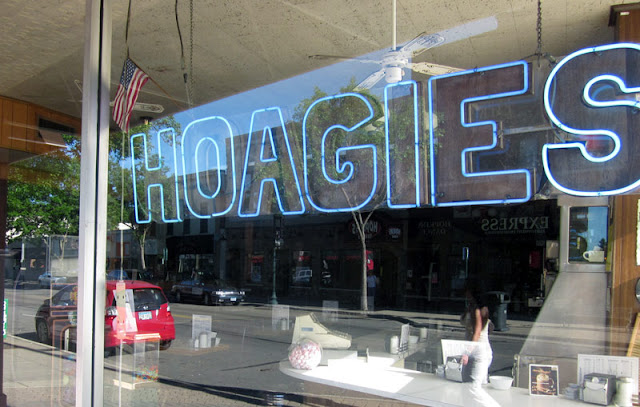 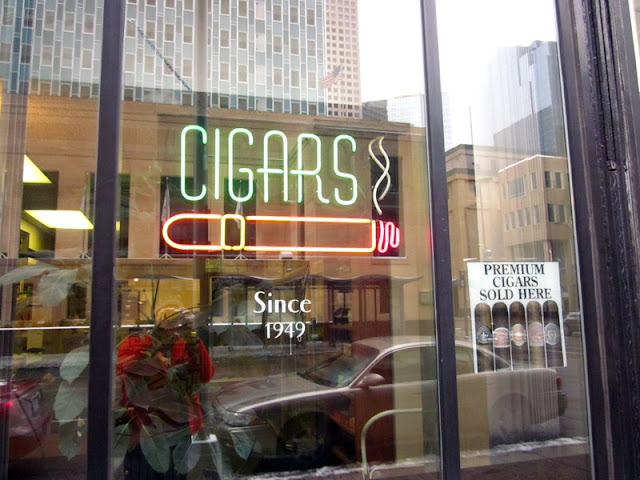 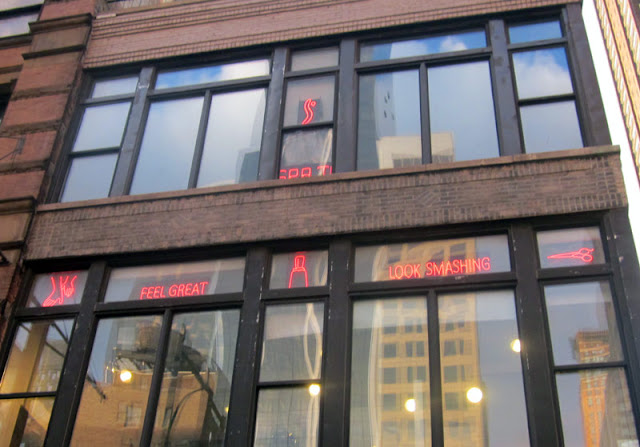 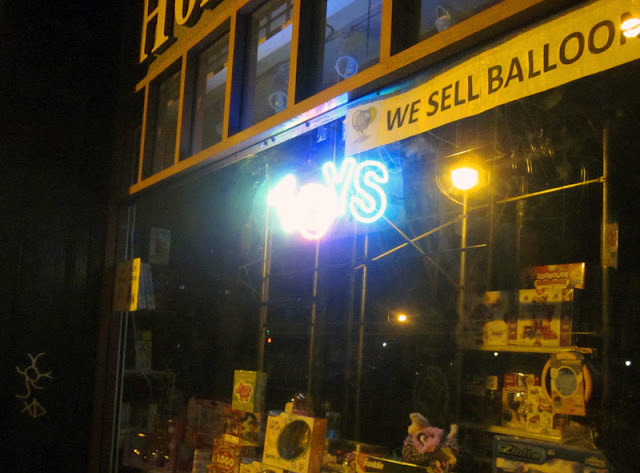 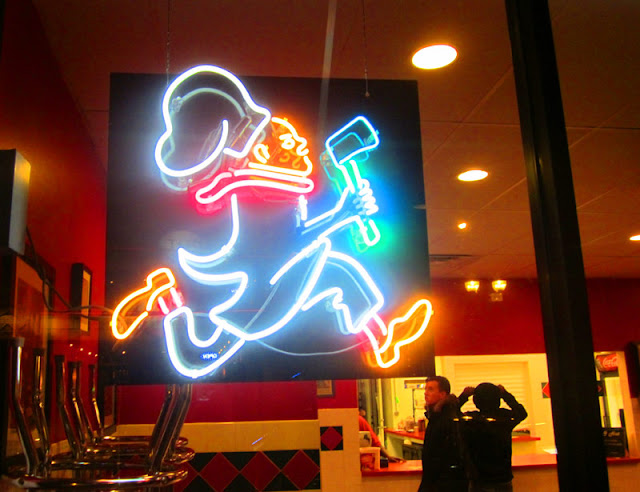 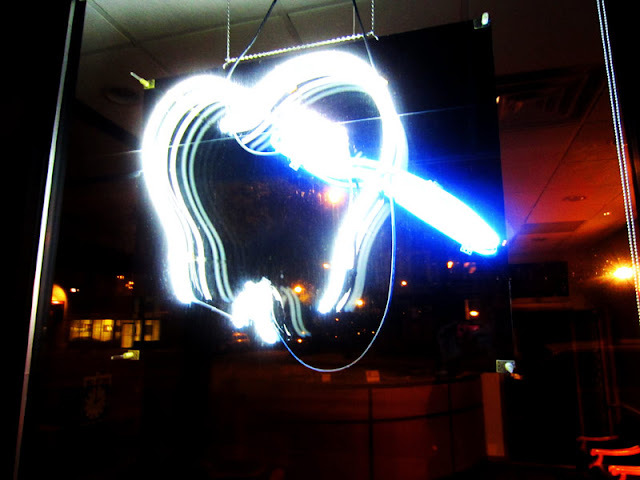 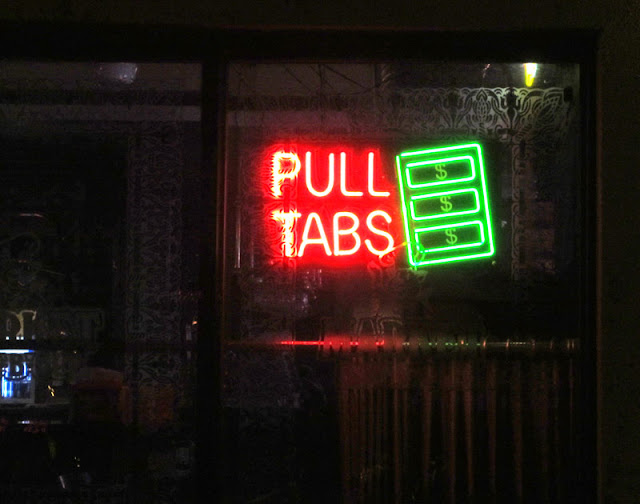 [Minneapolis.]
Posted by Bill Lindeke at 9:00 AM 4 comments:

Walk through a graveyard, meting the people beneath the stones. I did a project with a photographer in which I wrote alternative stories, two apiece, for every suggestive gravestone he had photographed. Collaborate.

[Rosellen Brown, from Writers on Writing.]

Posted by Bill Lindeke at 8:38 AM No comments:

Find or create a chalk graffito and curate it for 10 years, re-chalking it from memory after rainfall. Photograph it regularly. 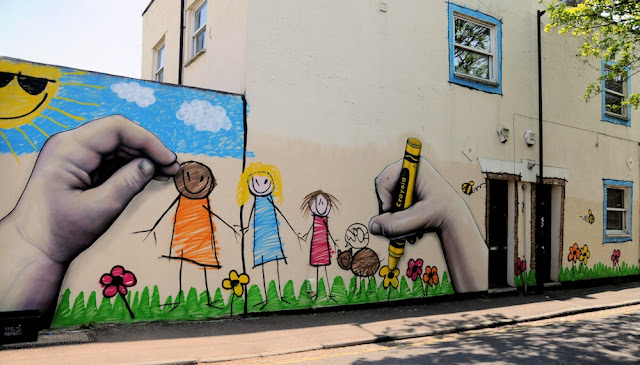 Posted by Bill Lindeke at 8:34 AM No comments: