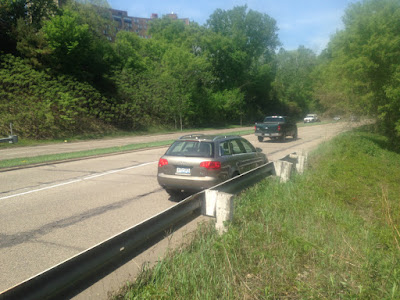 I was driving my partner’s car the other day, a twelve-year-old Audi station wagon, when the engine stopped running. I was halfway through the onramp that (illegally) connects 35E to Ayd Mill Road, Saint Paul’s very own death star trench, and as the engine stopped I quickly realized that the car’s inertia was all it had going for it. As soon as I could, I pulled over to the right, and the car stopped at the side of the curving onramp connecting Ayd Mill Road to Jefferson Avenue.

I turned the key, and the engine turned over but nothing happened.

It would not re-start. I was stuck in the Audi next to the metal guardrail at the edge of the city’s worst and most forlorn half-assed-freeway.

This wasn’t my first automotive rodeo, and I made the necessary phone calls, one to my partner (who owns the car), one to the person that I was supped to meet with over in Minneapolis, and one to the State Farm insurance hotline.

Twenty minutes later the insurance people called back having scheduled a tow truck.

“It’ll be 105 minutes,” said the woman Kathy, calling from somewhere in Tennessee.

And there I was, spending time by the onramp to my least favorite piece of city-owned infrastructure for two hours on a Friday. I did not have high hopes for the rest of my afternoon.

But eventually I resolved to make the best of it. The car was in a relatively safe place, compared to say the middle of a demolition derby or the right lane of Interstate 494.

After sitting for a minute or two in the hot sun listening the constant sound of cars speeding by the doorway, only 20’ to my left, each passing truck subtly shaking the car on its suspension, I decided to act.

I spotted a gap in the incoming car traffic, and hopped out of the door, over the guard rail, and ventured through the weeds over the side of Ayd Mill Road.

There was a a massive bridge above me, the abutments for the Lexington Parkway ridge that stretched high over the railroad tracks and the Ayd Mill trench. I climbed down the side and found a shady spot under the bridge.

It turned out I was not alone. 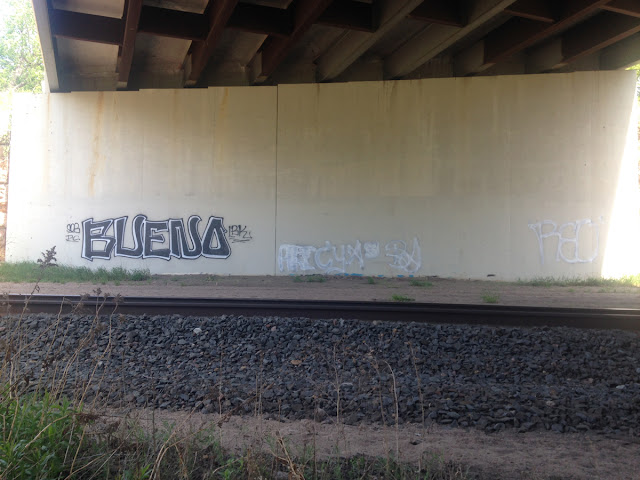 The first of my encounters that afternoon was a classic Midwestern scene. There was a dude down there with me under the bridge, a white kid with curly black hair in Chuck Taylors and a ratty brown teeshirt.

He looked about twenty, he seemed like a slacker of the skateboard slash stoner variety, and for the ten minutes we spent together under the Lexington Parkway bridge, he completely ignored me. There wasn't one glance in my direction, not a single hint of eye contact, and most definitely no utterance of acknowledgement that, oh hey, there’s another person ten feet away from you crouched under the same random railroad bridge in the middle of nowhere.

Instead, he was glued to his phone, having a low-slung conversation with someone about how shitty the world was.

“I gotta get the next ticket out of here,” I heard him say.

Eventually he wandered off, hopped over the train tracks and headed off into the ditch weeds.

Meanwhile, I sat on a lumpy rock in the shade, perched under shade the like a trout in August, willfully protected from the stream of speeding cars by the wall of 10-foot concrete.

More time passed, the sounds of the cars droned on behind me, and I began looking at the infrastructure more closely.

The bridge was huge, and dark steel beams stretched overhead. The walls loomed massively. The set of train tracks curved below through the trench, to the north alongside the divided four-lane Ayd Mill Road "highway" and to the south through a valley alongside a bare dirt road and footpath. The walls of the bridge were marked by some basic graffiti, nothing fancy or artistic.

Having two hours to kill, I wandered around. I hopped over the tracks and walked around the road alongside for a few minutes. Luckily I had my headphones and a fully charged phone, and started listening to my podcast on the history of Rome.

About halfway through the short reign of Valerian, I looked up just in time to see a ragged brown fox run by.

I couldn’t get a photo, he was too quick, trotting down the path, but his fur was as ratty as I’ve ever seen on anything other than a rat. Maybe it was molting season, or maybe the life of an Ayd Mill fox wasn’t that great to begin with. I imagined it eating Mac-Groveland mice or Grand Old Day trash, dodging Parkway cars, lingering by the alleyways between the forgotten carriage houses.

The ragged brown fox jumped over the lazy tracks and was gone before I could really appreciate it. I soon returned to my Ayd Mill doldrum. 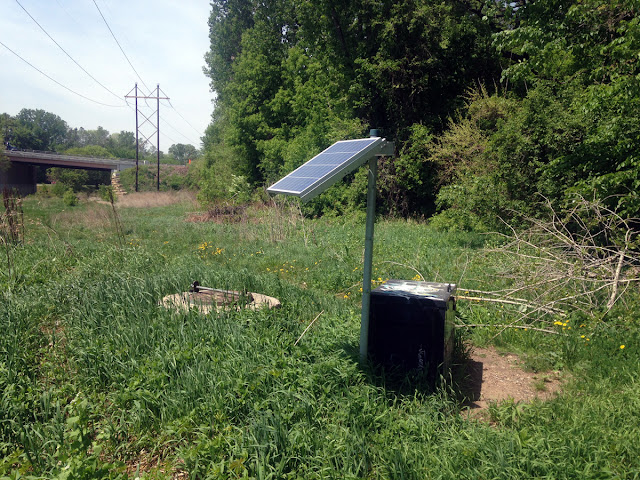 For some reason the weeds or trees along the ravine called out to my purgatorial soul, and wandered farther down the path I found something.  Down the green path and ump the slope sat a solar powered utility box. It was marked with the logo of the Capital Region Watershed District, and I still wonder what it was doing in the glen.

Further along and running up the bluff, the foliage thickened and I could almost see the edges of people’s yards. Rows of homes push up against the Ayd Mill trench and I imagine the area is think with wild turkeys, deer, and other urban wildlife.

With its rivers, creek beds, bluffs, and ravines, Saint Paul has many of these rough fringes. These untamed contours give the city texture, while remaining at the very edges of our attention as we speed over or around them. How odd to spend hours in the midst of these largely forgotten woods in the cracks of the city.

Not wanting to be truly enveloped of to have my clothes covered in burrs, I turned back to the comforts of my lonely bridge.

I don’t know how many minutes had passed when I saw a truck approaching from the north, trundling slowly toward me along the dirt utility road next to the tracks.

“Oh shit,” I thought, “railroad workers,” and I tried my best to look not homeless.

As the truck got closer, I recognized the Saint Paul Public Works logo on its side and relaxed. As it came to the bridge, I waved half-heartedly, and one of the two guys inside returned a mild salute. Funnily, the truck kept moving, passing right by under the bridge before making a U-turn as the dirt road came to an end. 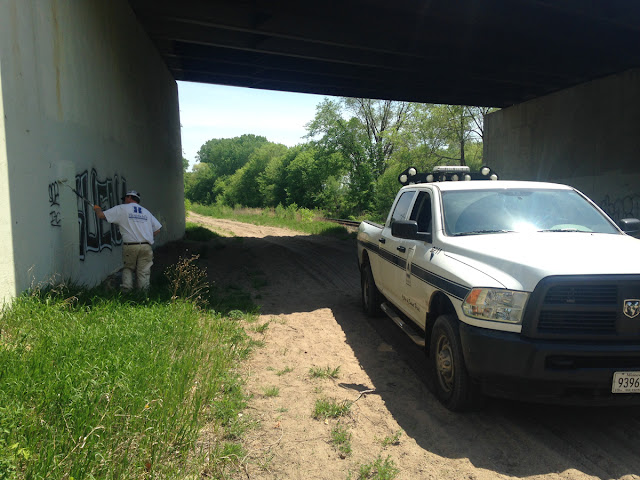 They seemed fairly bored about it all, and I came up to them. “My car broke down,” I said.

“Oh yeah, I saw that,” said one guy as he rolled beige paint onto the side of the underpass.

Within a minute or two, the large black graffiti was covered.

“How often you come down here and paint this?” I asked him.

“Oh every couple of weeks we make a run down here,” he replied, “it doesn’t take too long.”

At that moment, a train appeared from the south, the headlight of a red Canada Pacific locomotive. And all of a sudden, the solitary bridge was full of activity, two men with paint rollers, an idling truck, a waving engineer atop a pair of massive diesel engines pulling a small row of train cars up the short line. 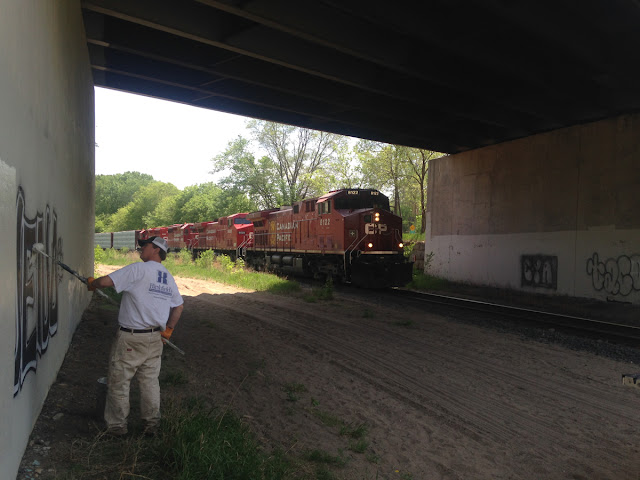 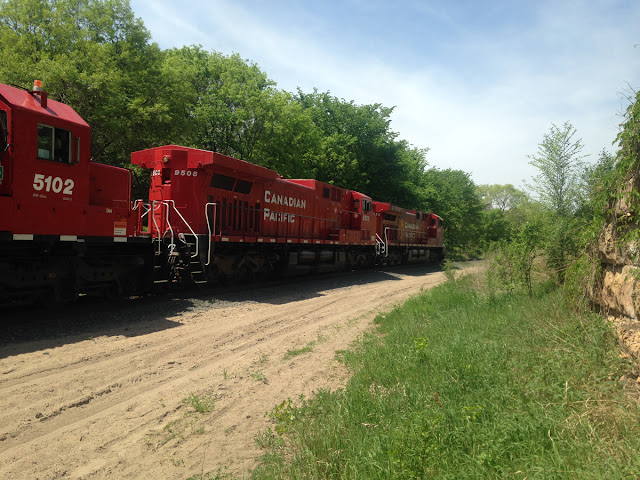 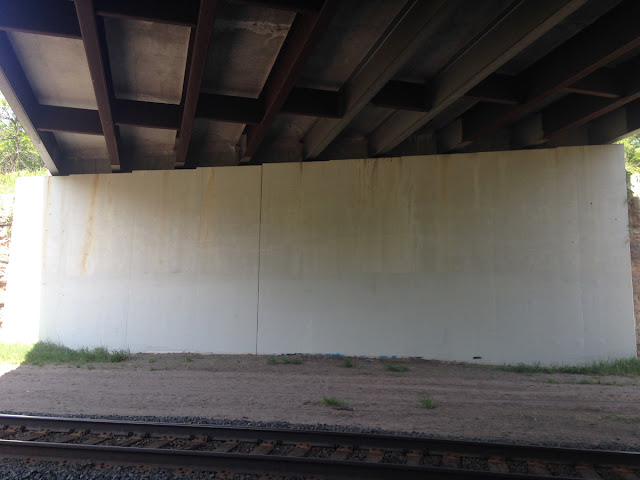 Within a minute though, after the truck and the train had left, it was quiet again.

A molting brown fox trotted in the abandoned valley over the lazy inattentive blogger.

Ten minutes after the painting crew departed, I called my railroad buddy. He's one of the guys I know that seem to know everything about railroads.

”Yeah, there are four trains a day there,” he told me. “Maybe not every day, but most days. CP uses the track to run from one yard to another, probably just empty cars they’re moving around. They don’t have to take that route, there are other options. Then there’s the Twin City and Western that runs down it too, they don’t have to take that route either.”

He had a lot more to say, too, about which yard went where, which customers might be served by it, and how the line might be useful in the future as offers the one of the most direct routes between Minneapolis and Saint Paul. I don’t remember all the details. 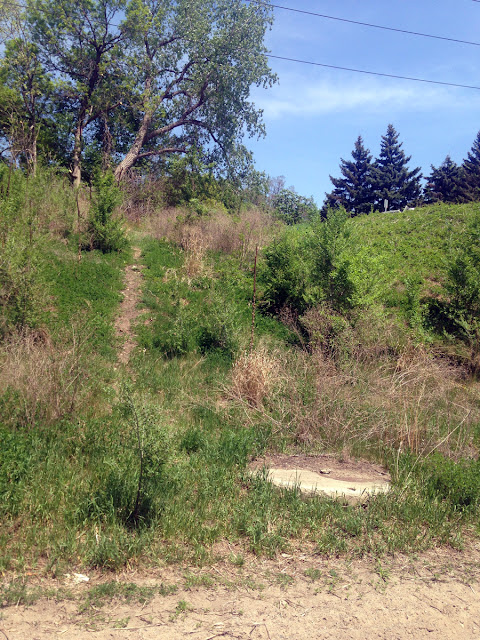 I wandered the other direction along the dirt road. My buddy had said it’s certainly owned by the railroad, but like most railroad property it had signs of other life. There was a path leading up the slope toward Lexington, a trace of dirt worn down up to the sidewalk. I clambered up it and found myself along the sidewalks in between the neighborhoods on either side of the bridge. A woman walked by on the far side of the road, impassive behind a pair of sunglasses, ignoring a guy who appeared weirdly from nowhere. How many folks wander down here, up and down from the neighborhoods into the old rail trench?

I quickly returned down into the uncivilized shade of bridge, and gazed at the old walls and the new walls. A tall steel lattice tower was perched on one side of the old stone buttress holding up some power lines. How many people rely on this tower, and how many people notice it? 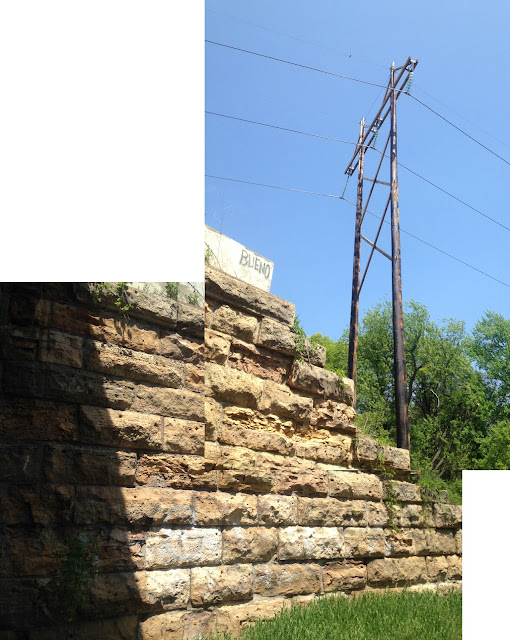 Soon afterward, I spotted two people in the distance, coming along the trench to the south in the wooded area between the freeways. They were loosely dressed, wandering slowly alongside the rocks next to the curving railroad tracks. Every once in a while one would stop and bend over, seemingly trying to get a better look at the ground. I guessed they were looking for agates, but I never found out because they kept their distance and eventually disappeared back into the green.

Forty-five minutes or so passed before a maroon TC&W locomotive came down the tracks going the other direction. It was a short train, maybe a dozen cars, and it quickly disappeared on its way toward the river. 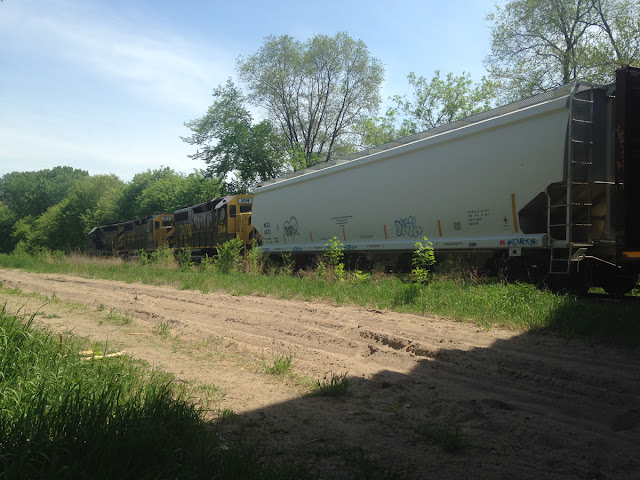 A laggard raggy fox skipped down the dirt road by the tracks in the sunshine.

For another hour, the sun beat down on the old mill valley and the fresh green leaves of the cottonwoods. The creek had long been buried underground, and these days the railroad tracks were mostly empty. I stood in the shade by the crumbling road I hate the most as the dull roar of the cars droned, listening to the fall of Rome until the tow truck driver pulled up. He had a Russian or Ukranian accent, had driven all the way from Ham Lake, and was nothing if not efficient.

Later, it turned out the car was just out of gas. A string had somehow become wedged in the gas tank, messing with the fuel gauge. The total bill was $18.42, plus whatever two hours spent under the Lexington Parkway bridge is worth to you. 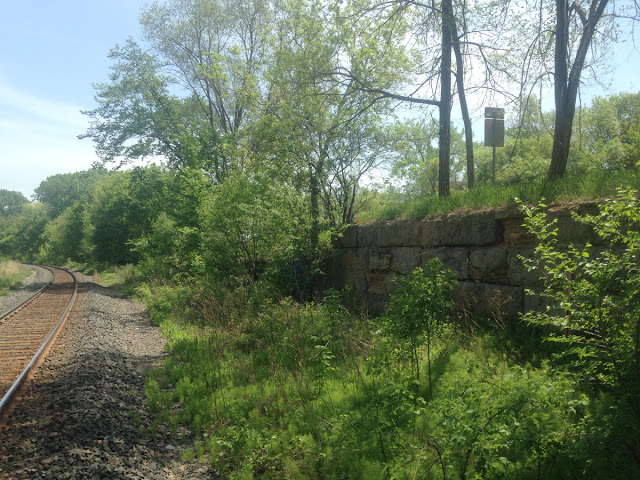 Oh my goodness! a tremendous article dude. Thanks Nevertheless I'm experiencing challenge with ur rss . Don’t know why Unable to subscribe to it. Is there anybody getting similar rss drawback? Anyone who is aware of kindly respond. Thnkx free online casino slots

This site can be a stroll-by way of for all the info you wanted about this and didn’t know who to ask. Glimpse right here, and you’ll positively uncover it. casino real money

Found this when doing a search for "posters"! Excellent slice of life. Life, unlike cars, sometimes takes the right turn.