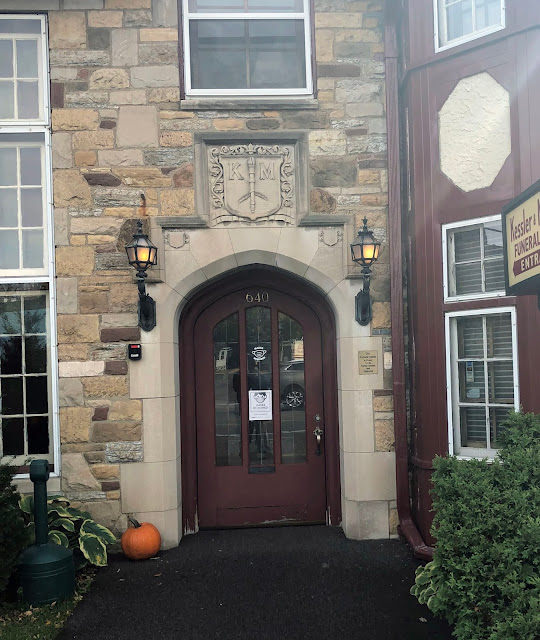 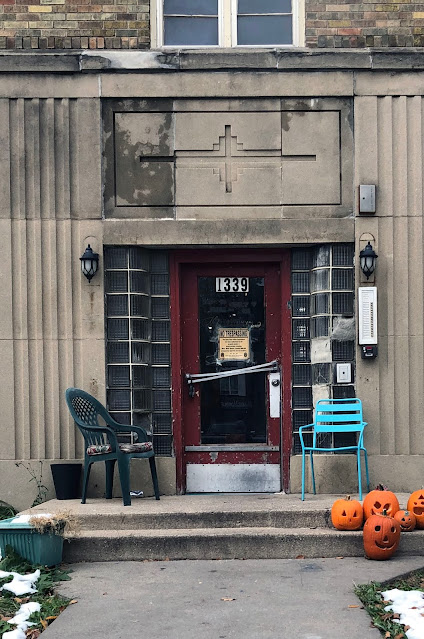 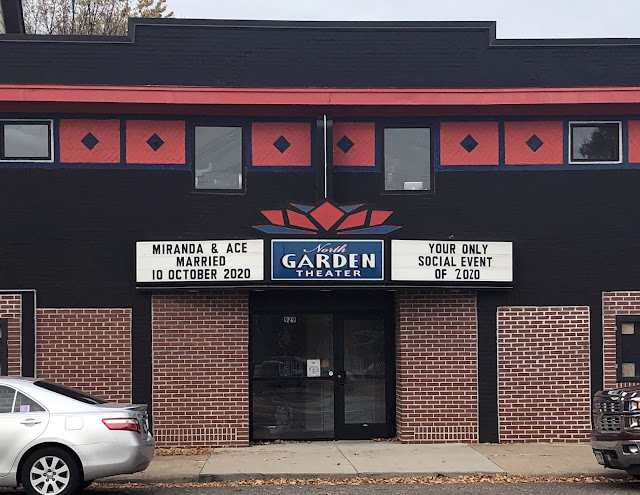 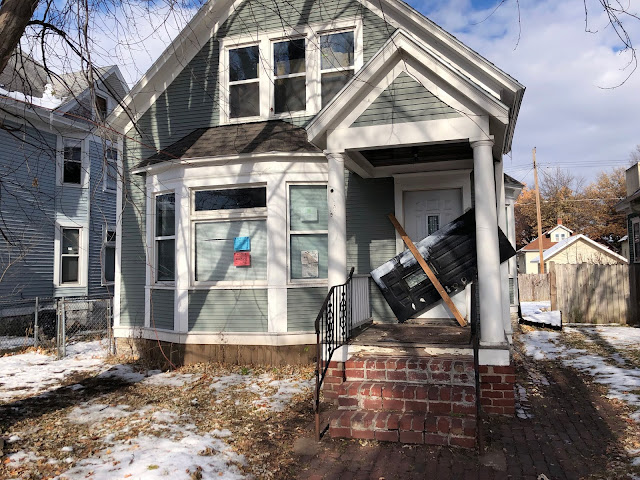 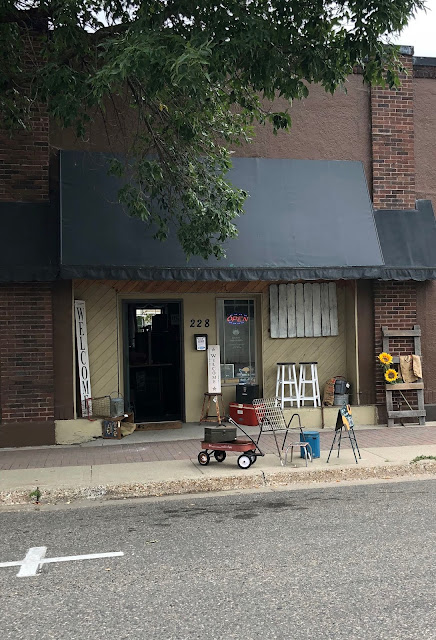 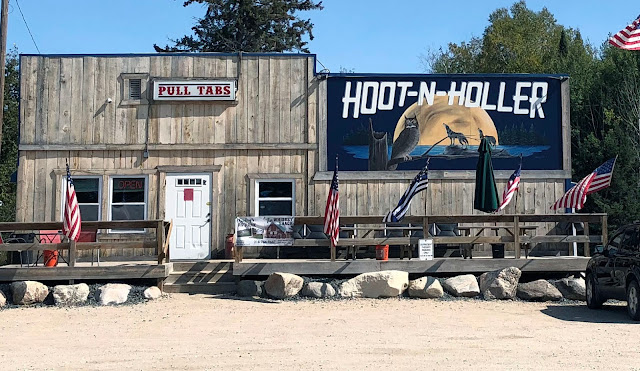 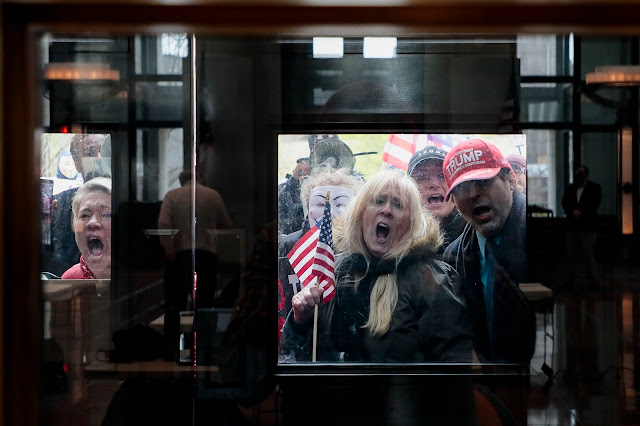 [An Ohio anti-mask protest this summer.]

When the shoe finally drops, removing Trump from government will feel great. I hope he is rigorously prosecuted, and Trump losing was an absolutely necessary step. I hope you had a nice time celebrating, breathing a sigh of relief, and toasting the end of an era on that that one Saturday afternoon.

And yet, this election was a gut punch to the future. The resulting social outlook is bleak, particularly for cities. The election dashed hopes that our country might make strides in the next few years toward fixing racial inequality, achieving economic justice, or doing anything meaningful about climate change.

Here are five things I was thinking about this month:

"They stop yelling when you intubate them," said one South Dakota nurse in a recent interview, describing her Trump-addled patients.

So much for the vaunted politics of persuasion.

We've always been a country of religious self-deceiving whackos, but today's delusions are far more harmful than old fashioned faith. Even a half-unhinged population is more than enough to destabilize the social compact.

I had thought that a global, apolitical, public health and economic disaster would have led to the reluctant acceptance of basic collective agreement around the need for government support and cooperation. I had thought that the specter of mass death, especially acute for older people, would shock enough rural revanchists to their senses. I had thought that a president that not only ignored a clear and palpable plague, but actively spread it through his own home and across the country, would have been many steps too far for a clear majority of people in all parts of the country. I would have thought that actual disease would have trumped self-destructive victim complex politics.

And yet, Trump’s loss was so narrow and superficial, it’s a pyrrhic victory. As case counts climb off the charts, people remain on Summit Avenue demonstrating against being prevented from killing each other. As the death rate in South Dakota goes off the charts and their sadistic governor pours fuel on the fire, dying people in hospitals rage against the very nurses that attempt to save them. Q-Anon is normal now, and what could be more disturbing?

The election reveals how the deep grip of America’s self-delusional, “reality” show, pyramid scheme narcissism is stronger than our media or government institutions. If COVID-19 does not pull the rural right to its senses, what will?

In other words, there will be no clearer case of reality confronting ideology than the current plague. There will not be a situation where nature, facts, and science smack people so firmly the face with their own fantasies than the fall of 2020. And yet...

There are deep roots to our collective plight — most succinctly, ruthless capitalism — but there’s no denying that we are in the middle of an epic plagueFAIL. It is likely twice as many people will die in the end, and perhaps many more than that.  We are clearly a country that cannot perform even basic gestures of self-preservation. Apart from a brief moment of congressional action, fleeting as a Minnesota spring, there's been little hope for using our massive fiscal resources to offer basic social insurance and protections. Many parts of the country still don't have reliable PPE, let alone real solutions.

All things considered, effective COVID policy — coordinated health care, broad support for wearing masks, and fiscal lifelines for workers and businesses — represents a  simple political problem. And yet, once Republican partisan vandalism took over, chances of government action waned. The constant Machiavellian logic of sabotage ensures that any semblance of social consensus will fall victim to zero-sum political bloodsport.

Covid is the Canary in the Carbon Coal Mine

Always lurking: the COVID crisis is climate change writ small. In so many ways — clarity, epistemology, and collective action — the problem presented to our societies and governments by this new virus play out far more unstoppably in the atmosphere. When you compare the pandemic to climate change, the scale and complexity of the problems increase by orders of magnitude.

For example, decarbonizing the economy is a collective action problem far more challenging than the direct cause-and-effect relationship of today's plague. While COVID requires us to recognize the presence of an invisible virus, the atmosphere is a nonhuman actor more vague and difficult to comprehend. The accumulating forest fires, floods, derecho winds, hurricanes, heat waves, and melting permafrost are obvious enough if you want to see them, but easy to ignore if you do not. Everything clear about COVID becomes murky.

Compared to climate change, the short-term sacrifices for coping with COVID are small. If people cannot wear a mask in public, how will they be convinced to stop driving an SUV or flying in airplanes?

Compared to climate change, COVID's impacts on vulnerable people — hospital workers and the elderly — are direct and immediate. If people cannot see how their actions affect health care workers in their own town, how will they be convinced to care about people in Bangladesh or Guatemala?

Compared to climate change, the need for government intervention is marginal. If we cannot get Congress to fund restaurant closures, how will be be able to get it to support a Green New Deal?

People often talk about the silver linings of a crisis moment, how in a natural disaster, people come together and care about each other in surprising ways. Well, it does not always turn out that way. If Americans cannot act collectively in a sudden pandemic, there is little chance that we can do so in a far larger, slow-moving existential crisis.

Solutions for climate change require strong cities and sweeping urban investments. And yet, cities are likely to emerge from this election in worse shape. There’s never been a time where urban and rural America are more split along partisan lines, at both micro and macro scales.

In Minnesota, urban areas are overwhelmingly and almost uniformly Democratic while exurban and rural areas are the opposite. (The exceptions, college towns, prove the rule.) The same is true state-by-state across the country: anywhere with large dominant metro areas is a blue state, with the exception of Texas and Florida, both long-time bastions of right-wing attention and political logic. With the recent election in San Diego, the largest Republican mayors in the country are now located in Indianapolis and Jacksonville. Every other city is a Democratic bastion, and everywhere, the urban-rural divide reigns supreme.

This split has deep roots in globalization and neoliberal economic policy, which is a whole big can of worms. But the result is that rural economies are now almost entirely composed of agriculture, resource extraction, and health care, all of which entail heavy subsidies and/or external costs. Even there, the economic foundations for grievance have been eclipsed by supposedly cultural bullshit and racism, leaving little common ground or overlapping geography.

The split has bleak consequences for the country’s future thanks to anti-urban political structures. (See below.) In order for the United States to make meaningful solutions on our largest problems — most especially racial inequality and climate change — we need large-scale investment in urban infrastructure, like transit, rail, and housing. (This is not to mention necessary social infrastructure like universal public health care and UBI.) None of this will happen on the current political landscape, and policy dreams that would begin to get American cities into the same conversation with the rest of the Global North remain on hold.

What’s worse, the stubborn stalemate in the US Senate means that aid to local governments -- counties, cities, and states -- is unlikely to amount to much. The future is full of budget cuts and further disinvestment in basic infrastructure. For example, consider the fate of the already-underfunded transit systems in Boston, New York, Chicago, Philadelphia, and of course Metro Transit in the Twin Cities. As 2020 proves, undermining cities lies at the core of the Republican playbook.

All of this is by design. From the start, this country was proudly founded on an anti-city platform. The mythology of the rural, gentleman-farmer combined with trepidation about density, crowds, and unmediated democracy set the tone for the country, baked into the constitution from the beginning by the radically anti-democratic US Senate and the Electoral College. More modern forms of disenfranchisement like hyper-gerrymandering and voter repression only accentuate this existing pattern.

Despite large majorities at scales both large and small, left-leaning urban America cannot win a mandate. Racking up larger and large margins in urban areas and urban states will accomplish very little given the geographic calculus of our democracy.

Dreaming on a slate of electoral reforms only reveals our dim prospects. If the country had the national popular vote, got rid of the US Senate, had a congress free from partisan redistricting, and made it easy to vote, there would be healthy majorities in favor of gun control, climate action, police reform, Medicare for All, and dozens of other policies that lay far out of reach today. As a census year, this election offered the best chance to achieve some of those democratic reforms. Instead, it was a down-ballot failure that locked in minority rule for another decade.

In Sum, a Bleak Prospect

This election was ripe for change, and yet accomplished almost nothing. When faced with a life-and-death crisis and a clear abdication of responsibility by Trump, over 70 million voters chose madness, denial, and self-immolation. I don’t see much change or hope coming in the form of President Biden, nor is there much possibility of shifting our media conversations, which remain under control by an ever-more-nihilistic corporate capitalism.

Republicans are going to gerrymander the hell out of the US House, and if Democrats cannot win Senate elections in states like Maine, Montana, or Kansas, there’s little hope for large Congressional action in my lifetime. With packed courts, elections will continue to be strangled by money and voter suppression, and Biden is hardly the kind of president that can use a bully pulpit to great effect.

Meanwhile, millions of workers and most small business owners have been wrenched into making terrible choices. Meanwhile health care workers have sacrificed their health and well being for eight months, and a quarter million Americans have died anyway.

A high-turnout election during a horrible pandemic should have ensured a mandate for change, both locally and nationally. Instead, Trump gained support and the political picture has gotten worse. Even with a new president, it's hard to see hope for a different future. There are almost no political consequences for fomenting a national plague, and our country has lost generational chance for change.