Sidewalk of the Week: Hudson Road

[The single-sided sidewalk of Hudson Road. The old commercial strip on the left; Interstate 94 on the right.] There are a lot of one-sided streets in the Twin Cities. These are places where, for various reasons, only one side of the street has houses, sidewalks, people, buildings, and activity. The other side of the street is a giant black hole, an blank and empty wall, a vast open space, a canyon, chasm, or void.

In the old days, one-sided streets happened because of cemeteries or large parks or wilderness or cliffs or railroad tracks. Good streets thrive on density and use, where the more people you have using a street the more interesting, safe, and economically active it becomes. But because one-sided streets can only generate half the density of two-sided streets, they are almost always unsafe and unappealing. One-sided streets are usually the loneliest places in any city.

But Hudson Road in Saint Paul's Dayton's Bluff neighborhood, high on the East Side, is a different kind of one-sided street. Like a great many Twin Cities half-streets, it was created by the freeway system. When planners built these giant freeways through the middle of dense urban neighborhoods, the giant roads created a lot of one-sided dead zones. Old neighborhoods (e.g. Rondo, Whittier/Stevens) became urban amputees, with only half their usual parts.

[If you stand on your tiptoes, you can see the freeway over the wooded wooden wall on the opposite side of Hudson Road.]


Some of the time, if these streets were lucky, the DOT would erect a 'sound wall', which kept some of the freeway noise and pollution away from the street's houses and businesses. But most of the time, these freeway-fronting streets were left to just dangle there. There's very little you can do to salvage a streetcorner once an interstate highway has been placed alongside.

But even within the pantheon of freeway streets, Dayton's Bluff's Hudson Road is a very special amputee. It was a thriving commercial node, chock-a-block full of businesses, bars, stores, and a beautiful movie theater. It's hard to imagine what it was like before the coming of I-94, but today it's a very strange sidewalk that feels like the edge of the world. One one side sit a slew of great old two-story, mixed-use buildings. On the other side is a wild looking wooded berm, and the constant drone of the car chasm.

There is still life here, though. Somehow, probably because of the looming emptiness of the interstate, things on Hudson Road seem to have slipped through the 20th century's greedy fingers untouched. At least on the inside, the Mounds Theater is a beautiful place to watch a film. And the buildings (a corner store, a barber shop, a bar, a Chinese restaurant) are rough but intact. There are lots of people hanging out on this street, a community node on the edge of the East Side. 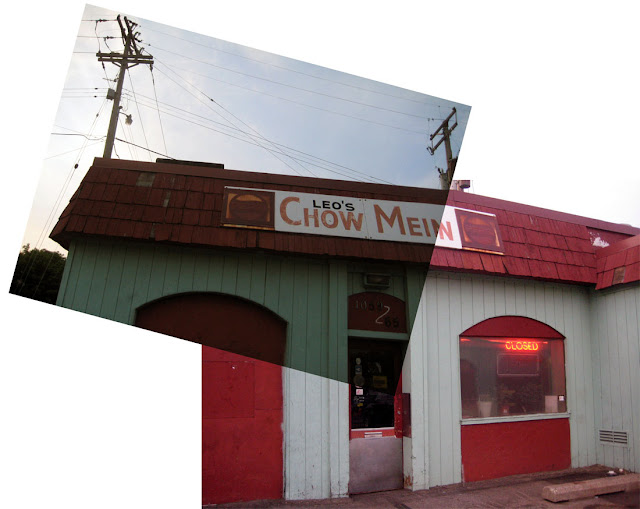 [The chow-mein shop on the corner of Hudson Road and Earl Street.]

[The still-standing remnants of the commercial corner along Hudson road.] 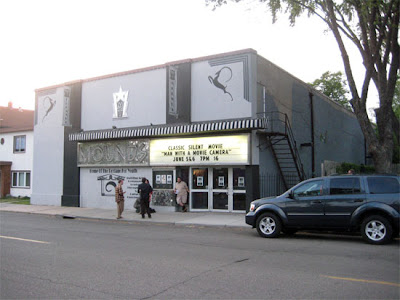 It still seems depressing to me. One-sided streets have a certain sadness, like one of Plato's descriptions of love: the two sides of a separated whole searching for their long-lost twin. Where is the other side of Hudson Road?

The sound and smell of the freeway is like sandpaper on my brain. In a way, it captures the strange feeling that I get in the East Side. The topography, history, and destitution all mixing together around this beautiful corner on the edge of a freeway. A stream of people rushes past in their speeding cars, locked inside their bubbles. Nobody knows that they're passing a old neighborhood, that the folks standing outside the barbershop can hear their horns. 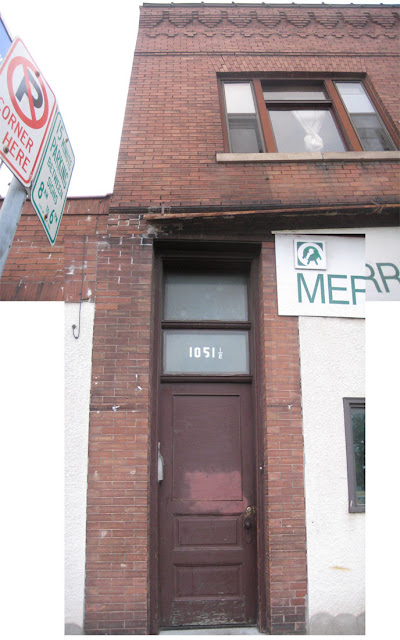 [A doorway with half an address on the half a street on Hudson Road.] 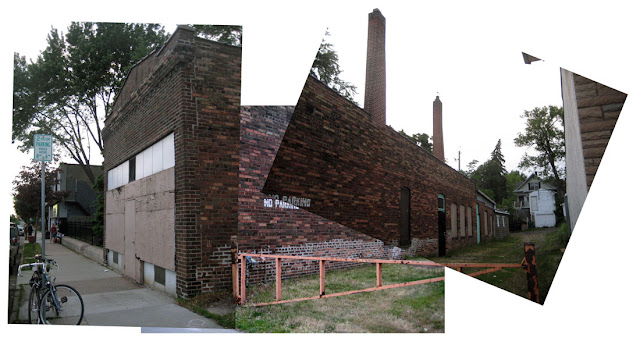 [An old alleyway bars parking next to a chimney-laden, boarded-up brick building along Hudson Road.] 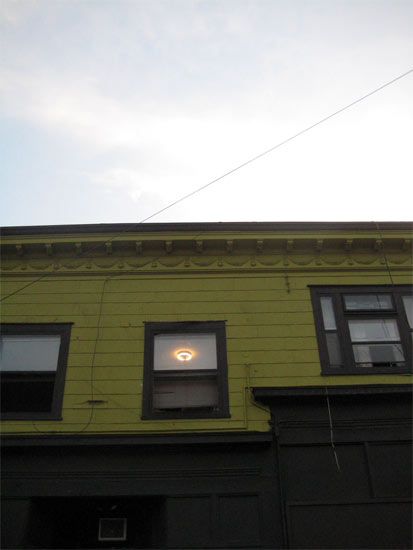 [The light fixture illuminates a second-story window in the old great green building on Hudson Road.] 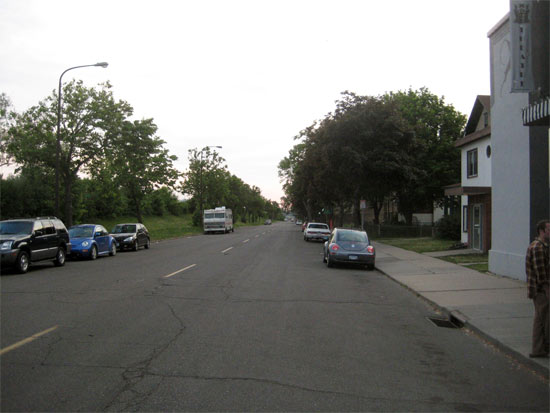 [The sidewalk of Hudson Road leads off into the sunset, in search one-sidedly of its other half.]

Wow it was like walking back in the past. You did a great job by posting this article, filled with detailed and clear images.

Time travel at his best, the images look great. The Hudson Road has a clean memory now.

The Hudson Road has always been my favorite piece of architectural wonder in this town.

I really think that the people who walk in Hudson road face a lot of problem.

Really nice post to evaluate the whole system in brief....:)

Thanks for the post. It was very interesting and meaningful.
Super Bowl Commercials 2012| Money Talks|

By the way landscapes and sites of outstanding universal value can be designated as World Heritage Sites. A requirement of such designation is that the designating nation has appropriate legislation in place to preserve them.
buy term paper writing services