Everything Should Be Like the U of MN Campus 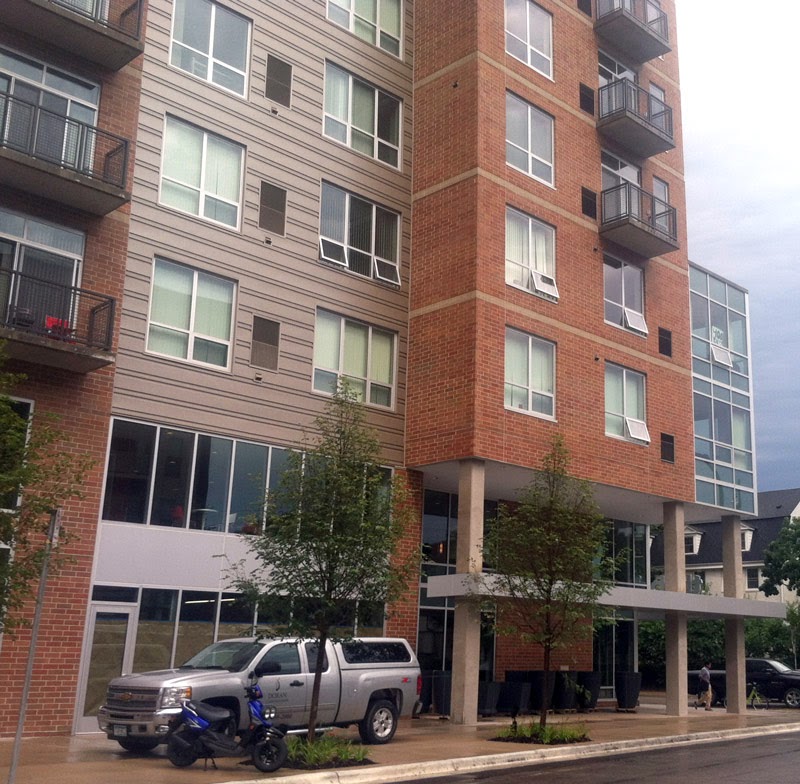 It's back to school time at the University of Minnesota, which is always a bit exciting for me every year it happens. (For example, see this post: Campus is Like Urban Training Wheels.)

This year I am thinking about whether or not my goals for the Twin Cities are pipe dreams. For example, is it really possible to get 30% of people to ride bicycles? Is it reasonable  to traffic calm our city centers to the point where people can walk safely and comfortably? Can we really truly double our downtown populations? Can we really build dense (five- or six-story) infill development? Is it really possible for Minneapolis and Saint Paul to feel more like Copenhagen or Vancouver?

Sometimes I doubt it these things, especially if I wake up on the wrong side of the bed or read the latest news account of a milquetoast city hall decision. Where are the examples of real change? Can Minnesota ever provide us with a real alternative to driving everywhere? Is a walkable city even possible?

But then I look at the University of Minnesota campus, and it has everything you might want to see.

Granted, I'm not one to lavish praise on the University of Minnesota. There is along list of stupid urban design decisions that were "made" by whoever is in charge of the campus design.

(Protip: Nobody plans campus, which is why there are so many asinine things going on. When you pull back the curtain at the U, it looks kinda like this.)

But that said, the campus has everything you might want to see in our cities more generally. In general (disastrous bits aside), the experience of biking, walking, driving, and taking transit at the around the main campus of the University of Minnesota is what I would like to see in downtown Minneapolis and Saint Paul.


While there are a great many things I'd change about the the University of Minnesota campus (protected cycletracks on University and/or 4th PLEASE!), the fact that it checks so many of the boxes of good urban design proves that a real city is possible in Minnesota. If you want to know what our city's future could be like, walk, bike, take the bus around, or live near the U of MN campus.

(Just don't drive, because it'll suck. As it should.)

This article is so amazingly spot on. I don't think I've ever agreed with you more; the bullet points are exactly what needs to be happening in the downtowns. Starting precisely with "It should be a pain in the ass to park and drive in downtown Minneapolis and Saint Paul." After reading the Villager religiously for 12 years, I have concluded that all questions, delays, meetings, studies and complaints in St. Paul revolve around parking issues that this city does not have. THERE ARE NO PARKING PROBLEMS IN ST. PAUL and there needs to more of them. We live in a Stillwater like Ghost town. While I'm complaining, why is St. Paul so afraid of 5-6 story buildings? Minneapolis's mayor has said she'd like to see the city's population return to 500,000 while we squabble over the height of housing on Grand Ave. near one of the largest Universities. Bill, please drag poor city into the 21st century.