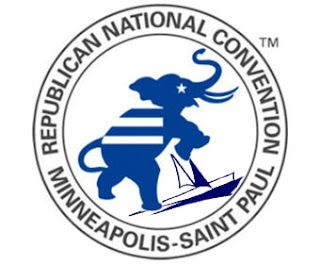 Thanks to Noah Kunin at the UpTake, I just heard that a sunset clause was added into the "free speech" ordinance at the Minneapolis City Council meeting today.

Apparently, every other one of Councilmembers Gary Schiff and Cam Gordon's amendments were voted down. But at least they were able to make the privatization of Minneapolis's sidewalks a temporary matter.

This added note from the Mnspeak thread:

Just got this note from Gary Schiff:

In an 11-2 vote, the City Council adopted a revised resolution today that lays out a permit process for groups planning to hold demonstrations that would block pedestrians from city sidewalks or crosswalks.

The sidewalk permit process is modeled after a similar policy in Washington D.C. and calls for groups planning public assemblies that block other pedestrians from using sidewalks and crosswalks to voluntarily register the gathering with the city.

While I dont agree that we need to create sidewalk protest permits, I am pleased that it is not permanent, Council Member Gary Schiff said. Schiff joined Council Member Cam Gordon (Second Ward) in casting the two dissenting votes. Sidewalks are for everyone, and police have adequate powers to separate groups if a conflict arises. Reserving a sidewalk for any one group raises questions about access for people who live, work and shop nearby.

On Tuesday, Council Members Schiff and Gordon held a press conference with the American Civil Liberties Union, Women Against Military Madness and ACORN opposing the proposed language. AFSCME Council 5 and the Minneapolis Regional Labor Federation have sent letters to the City Council expressing their opposition. The Star Tribune editorial board urged the council not to adopt additional permits and wrote The plan would create a strange new environment in which organizations might try to preempt each other's protests -- say, on the sidewalk in front of a convention hotel.

Portions of the resolution dealing with police process for crowd dispersal were sent back to the Public Safety & Regulatory Services committee for additional discussion.
»» Submitted by kaydubyayteetee at 2:30 PM on June 6