These are the days that umbrellas were meant for. Grab your nearest, and stroll in the warm days, along splash-worthy drizzled concrete.

... Though that looks an awful lot like the USA to me.

Can someone explain why the gas price is such a big deal? We're talking about a few dollars here... Meanwhile, take a look at the heating bill, the cable bill, the cost of health care...

My theory is that it's the only way people trapped in their cars can have any kind of agency. Filling your take is literally freedom, especially if you patronize Freedom Gas.


This week's Onion editorial cartoon is about reverse gentrification:

I heard a story on the radio a while back about the quasi-recession, and how "people were shopping at thrift stores." (audible gasp!)


My two favorite articles on the end of the session are:

The Strib's piece on M.A. Kelliher and how cool she is

and This bit from the Political Animal blog on why capping property tax rates is gonna suck :

"Tax caps can be particularly harmful if adopted during a weak economy."

"Middle income communities might end up bearing the brunt of a cap."

The TC ranks OK on the Brookings Institution's recent carbon footprint list, but we could be so much better. 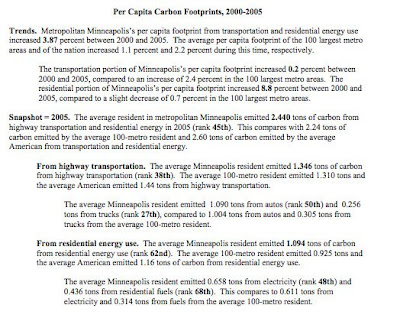 In per capita carbon emissions, Northern and Eastern (i.e. older) cities tend to do badly, while Western and Sun Belt cities have smaller footprints... UNLESS those old Eastern cities are really dense and have good transit systems (e.g. NYC).

Meanwhile, Minneapolis is somewhere in the middle of the pack, at #45 right below Milwaukee. (Portland OR is in the top 5.)


Gated communities are among my least favorite things, though I've never been to Bearpath. But I bet they don't have sidewalks in North Oaks. 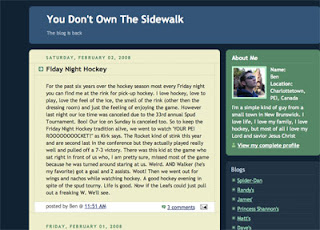 Another sidewalk blog, this time from Canada (the maritmes), with the provocative title, You Don't Own the Sidewalk. (He's right! North Oaks could learn a thing or two.)

It seems to be about hockey and Jesus, and I'm not quite sure how sidewalks fit into the picture, to be frank.

Also, it hasn't been updated in months. Maybe sidewalks aren't as interesting in the summertime. I know hockey isn't.

"Instead of spreading 40 houses over 40 acres, what I'd like to do is take these 40 houses, cluster them," said Mayor Paul Meunier. "Use 5 or 6 acres for housing and turn the rest back to its natural habitat. You'd have wetlands, wildlife preserves that guarantee open space forever. We'd maintain our rural character."


Cluster developments ended up being the compromise position in equally NIMBY-prone Lake Elmo. I don't see why they'd be a problem in Ham Lake... It's not like either of them have sidewalks to speak of. 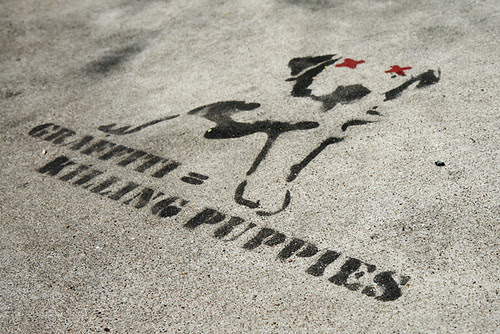 What's your email? I had a question for you....

I can vouch for the fact that North Oaks has no sidewalks. It is a maddening community--genuinely beautiful, with lots of mature trees, wild areas and unique architect-designed houses--looks nothing like your ordinary suburb--but it's designed so that you never leave your gorgeous house except in your fancy car on your way to your fashionable appointments. Pedestrians and cyclists (and there are some, mostly dog-walkers and kids on their way to tennis lessons at the country club) take their chances on steep, curvy streets alongside luxury cars and lawn-care vans.

But in principle I say Hell Yeah to any town that tells Google "hey, nobody said you could come in here and photograph our neighborhood in such exquisite detail that you can read our license plates, and then post it on the internet for your profit." Just happens that the despicable phenomenon of private streets is what gives North Oaks the advantage of the law in this case.

Well as the matter of fact, every kid love to jump and run, they love every open field or space they find so they can run, play with the dog, etc.
S7V7