[Basically the problem is that the best source of Saint Paul streets & sidewalks news is the Highland Villager, a very fine and historical newspaper. This wouldn't be a problem, except that its not available online. You basically have to live in or frequent Saint Paul to read it. That's why I'm reading the Highland Villager. Until this newspaper goes online, sidewalk information must be set free.]

Short short version: [Just like in Linden Hills] Houses in "the western half of Saint Paul [aka the wealthy part] are being bought, torn down, and replaced by larger houses. People who like preserving things are trying to stop it. There is talk of a temporary moratorium until a new policy is developed. For example, "area notification in the case of lot splits or large-scale additions." Article includes many quotes from historic preservation people. Article also brings up the "1721 Princeton" case, which is "still on hold." Article includes picture of nice looking yellow home in Crocus Hill that is "slated for demolition." [I empathize with this, I really do. McMansions suck.]

Short short version: The place where the Edina Realty Highland Park office sits [Lordy, that is a helluva geographic combination there] might be redeveloped into a four-story mixed use building [that neighbors will undoubtedly complain about before it happens and then forget about once it's happened]. Height is brought up. [I can see this all playing out. It's like I can foresee the future.] ARticle includes a rendering. [Spoiler: it looks like all the other ones.] The neighborhood was rezoned to TN2 zoning back in 2011, which would require a conditional use permit (CUP) for the proposed 45-foot height. [Prepare to read about this building every month for the next year.]

Short short version: A house on Palace Avenue that is mostly gone and being replaced [a "teardown" if you will] is now in limbo because nobody can agree where the porch might have been or will be. It will, in theory, be a "five-bedroom five-bath, three-garage-stall" [bougie-rrific] home. The Board of Zoning Appeals (BZA) has denied requests for variances to complete the home. Article includes quote from neighbor: "How far can these houses keep coming out into the front yard?" [It seems kinda like zombies.] The developer who is building the [mega-] home is [fittingly] named "Sharkey."

Short short version: A long-neglected recreation center in the West End neighborhood will finally be fixed up. Construction will start this spring.

Short short version: A converted single family home [like many on the street] will not be allowed to build out into its "front yard" area after the City Council voted not to let them. [NIYFY = not in your front yard.] CM Thune says its a "bad precedent." Councilmembers said the owner should rezone into TN zoning to fix his concerns about expanding his building. Article includes quote from lawyer: "The future of Grand is uncertain." [All things are uncertain, my friend. Of that, I am certain. Or at least I used to think I was.]

Short short version: The guy who wanted to build the apartment building that pissed everyone off and "provoked a firestorm" [that led to the inelegant student housing ordinance] is back with new plans for his building. Article includes quote from developer: "I don't like this design as much." There will be 29 parking spaces, 14 units, but only 4 stories. The parking will NOT be underground, which is a change. [A good change? How is surface parking a good thing?] Neighbors are concerned about the existence of balconies. [Students are OK as long as they stay inside at all times. They're kinda like gremlins that way; don't feed them after midnight, keep them out of the sun, or whatever.] 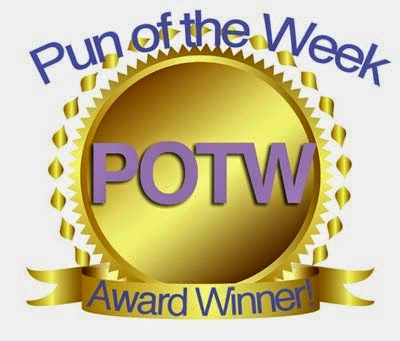 Short short version: The cathedral will turn 100 years old and get to have banners that declare such.

Short short version: Rental buildings can be sold by an LLC to a HDC, says the HRA. [Don't even ask. TMI.]

Short short version: The homeless shelter in downtown Saint Paul is getting money to expand.


Headline: Speeds on Marshall Avenue could be lowered to 30 mph
Author: Jane McClure

Short short version: [It isn't already?] Between Snelling and Lexington the speed limit is 35 [which is dumb] but will go down to 30 if Ramsey County lets the Council decide [which they should].

Short short version: The zoning code is being tweaked around TN areas to more easily allow shared parking lots. [And the Villager is making the most out of what amount to minor and uncontroversial changes to the code.] Only one person testified at the public hearing.


Note: This edition of the Villager also includes short blurbs about City Council races in Wards 1, 2, 3 [Highland Village, uncontested], and 4. These are too short and specific to reblog.

"too short and specific to reblog" ?? Are you losing your gumption?!