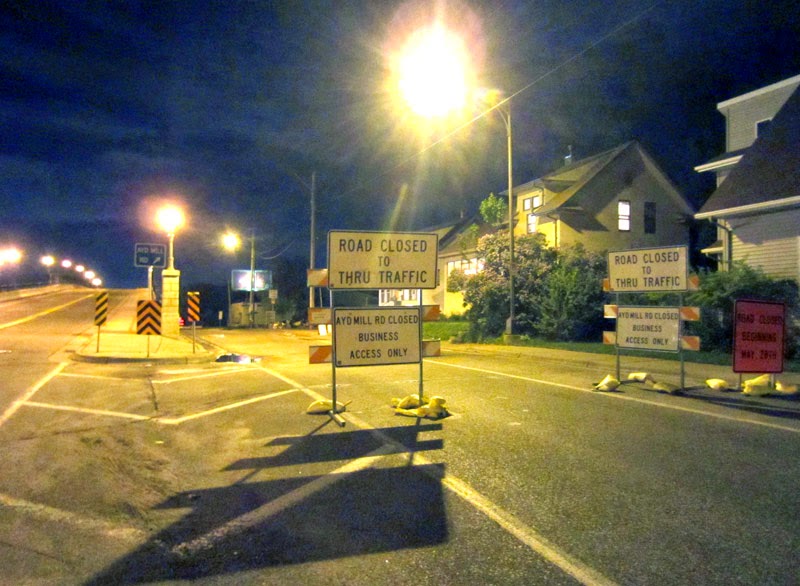 [Note: When hugely important stories for the entire city of Saint Paul break in a local newspaper that's not online and is only delivered to wealthy areas of the city, it illustrates precisely my points about how information is power. I also think that the Villager is exaggerating the issue here, maybe to the point of misleading people. "When Homans says "a connect", what exactly does she mean?]

What to do with the north end of Ayd Mill Road is a decades-old conundrum that may finally be addressed in the new year. Money for further traffic studies, let alone road construction, will not be sought through the city of St. Paul's 2016-2017 Capital Improvement Budget (CIB) However city officials say they are nearing a decision on a north-end connection.

While that is not likely to win favor among those who have wanted to remove Ayd Mill Road and replace it with a 1.6-mile-long park, it may eventually bring relief to Snelling-Hamline residents who have tired of traffic tie-ups on Selby and Hamline avenues and cut-through traffic on adjacent side streets.

"I think the issue is not whether there will be a connect, but how the connection will be configured and how many traffic lanes it will have," said Nancy Homans, public policy director for Mayor Chris  Coleman and acting director of the city's Department of Public Works.

According to Homans, there will never be total agreement about what to do with Ayd Mil Road's north end. Nevertheless, city officials will announce the next steps to be taken sometime this year following discussions among Coleman and City Council members Dai Thao, Dave Thune, Russ Stark and Chris Tolbert, whose Wards 1 through 4 are all on or near Ayd Mill Road.

[...filler mostly some history and a story about a guy who lived on Selby but then moved away...]

According to Homans, Public Works staff do not see a need for extensive studies of Ayd Mill Road's north end. The most recent environmental impact statement (EIS) for the roadway was completed in 2005. In 2009, the City council passed a resolution stating that Ayd Mill Road should remain a city street and that a supplemental EIS should be undertaken to consider the pros and cons of reducing the roadway to two traffic lanes and extending it north to the I-94 frontage roads of Concordia and St. Anthony avenues.

That's great news. Thanks for sharing. hadn't had time to grab a villager yet.

Will be interesting to see what happens with traffic patterns this summer when they close the Snelling overpass.