[File under: Notes from the Empire Builder I and II.] 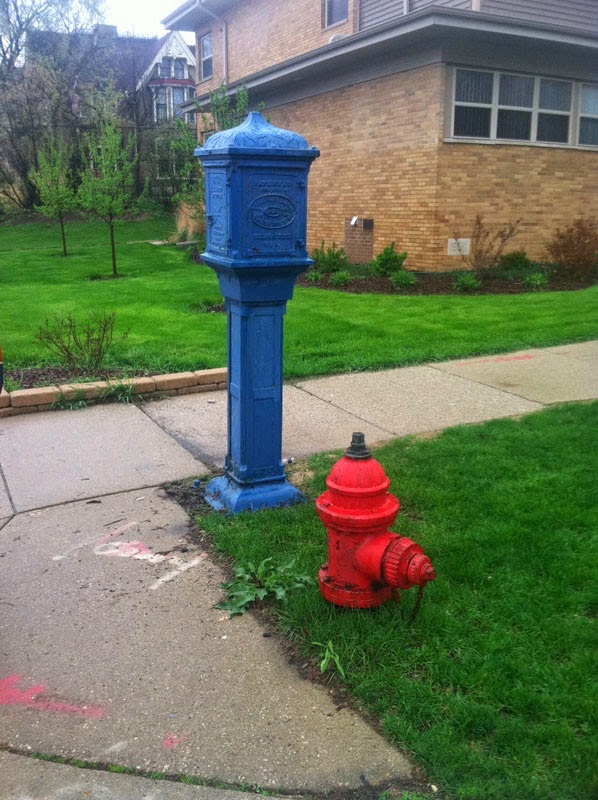 It's not supposed to matter. After all, it's the same train. But something seemed different on my trip, to be leaving from the grand old brand new station.

But it might have been all the walking. See my friend and I walked from my house to the station, two miles on foot, carrying our bags on our backs right from my front door, across the river and into downtown. We walked in between the pillars of the old building with our sandwiches and waited a while and got on the train to Milwaukee. And later that day, we were in another city.

It's like how a frame can change a picture. The old station had been a 70s concrete building shaped like an ashtray. And worse, it was in the middle an industrial park stuck between the back end of a Menards and a row of logistics warehouses. To get there you had to take a slow bus that dropped you off next to a vacant lot, and trudge through a few parking lots. The new station downtown, an old building remodeled to match its heyday, was the opposite.  And even if it was the same slow train, perpetually late, to slide your feet along marble floors makes it seem faster.

Then to get off the train in a new city, even if it was Milwaukee, and to walk from there straight to our hotel, made it seem more connected. To take a trip with trains and feet is to live in a real city, as if my third floor brick apartment atop the valley were tied more closely to the world, as if I could escape if I wanted to, if I left at just the right time to catch the once-a-day train.

We walked everywhere. Only one rainy evening we took a taxi to a brewpub in the Third Ward, the old part of city crowding the branching river like an industrial Venice, but other than that we walked. Two miles, three miles seven miles, four miles, two miles again... it adds up. Your feet get sore. But everything stays connected, and maybe it's not supposed to matter, but it does.


And Milwaukee a good city to walk around. It's a city built on beer, and maybe that's why it's gentle on the slowly moving. There always seemed to be something beckoning me forward, some sign or street or faded building. The vacancy never built up to that despairing pitch where a dusty emptiness takes over, and each step flattens out the life around you. That never happened. Milwaukee sits well above the vanishing point.

(Well, that's not quite true. There was one particular place, sadder than all the rest. The monument for Our Lady of Pompeii marks the spot of an old church, and sits abandoned  underneath a trio of massive overpasses, freeways twisting  like Medusan snakes to cut a half-mile gulch through downtown. It's the saddest spot in Milwaukee.)

Because Milwaukee has seen better days. It's the last in the  string of industrial cities stretching Westward from Buffalo that have been falling down for fifty years. Each corner of Milwaukee city has its abandoned factories, each leaving behind small canyons of boarded up bricks. But unlike many of those other desperate places, Milwaukee seems OK with its future.

And while it's probably not healthy, maybe it's the bars. There are such wonderful old bars in Milwaukee, a new old door around every corner. Few of them seemed to be closed, and my friend and I stumbled through a lot of them. On our first night, we wound up at the "Y Not II", a laundromat bar expansion, if that makes any sense. The next day, strolling south from River West we followed a fire truck to a burning building. Then we  followed a man with a dog into "Gee Willikers", a bar where they buzz you in and people from the neighborhood sit around drinking $2 Tecate at two in the afternoon, and where five well-behaved dogs ran around the whole time. Call it a dog park / corner bar. I sat for fifteen minutes surrounded by dogs and watched the fire smolder down the street. It was a great place.

The next day on our way out of town, we walked through downtown and poked my head into a bar called "My Office", where presumably unemployed people whiled away the day amidst the cubicles. The bartender kept talking about... it doesn't matter. I remember that he muttered "Oh Jesus," as a crazy regular stepped inside and took his usual seat at the end.

I could go on. Those are just the top three dives I encountered, at least the ones I can remember. There are also brewpubs, old fashioned bratwurst joints, sports bars of every stripe, and neighborhood holes all over the city. Drinking beer in Milwaukee has evolved to such degree that it has a language all its own, even its own mathematics. At one place south of the Third Ward, a friendly local taught us to play "bar dice," a Yahtzee-esque affair where you compete to see who buys the next round.  I don't think I could explain it, but let's just say that the numbers only make sense if you're drinking in Wisconsin.

There are also diners and restaurants, markets, and a bookstore or two, even a video store. It doesn't have skyways, which is one of the reasons why its downtown still has lots of things to see and do on the sidewalk. It's got a great lake, and gulls are all around. You know, for kids.

Milwaukee is a nice city where you won't get bored walking around. That said, it's segregated. The black part of the city marks an invisible line on the street, and if you wander too far over it you'll be quickly out of place. I can't tell you much more than that, but the maps and numbers speak for themselves. 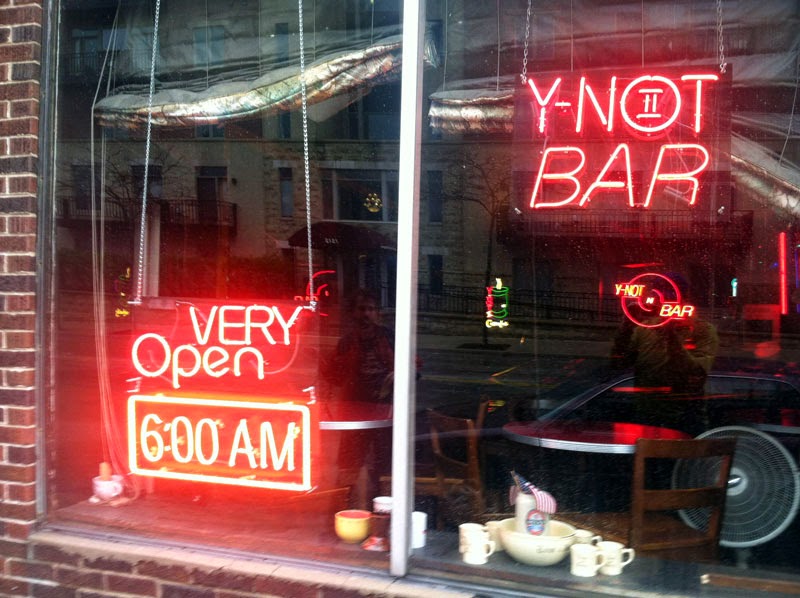 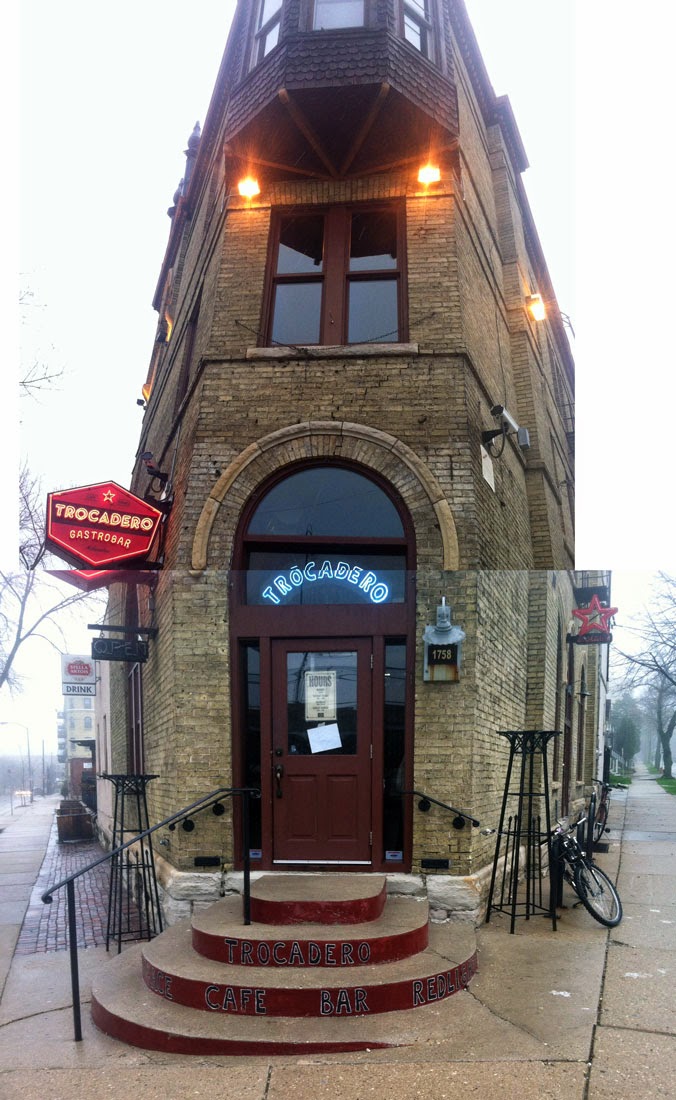 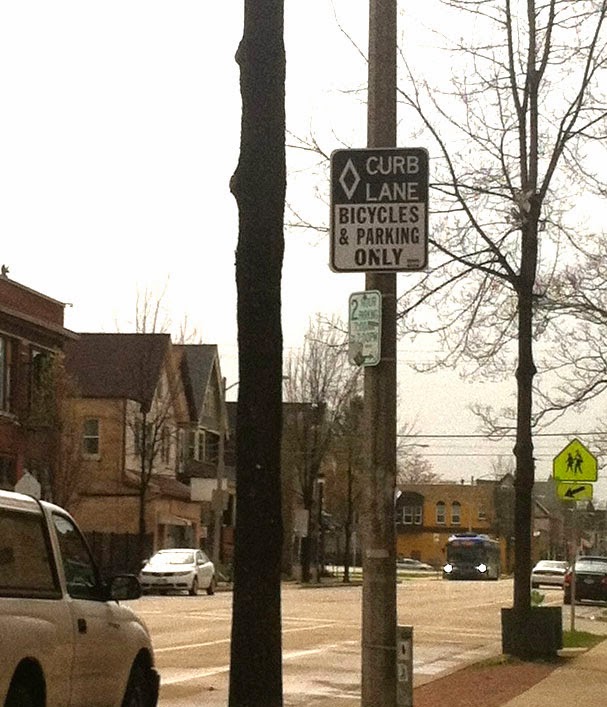 The other big difference between Milwaukee and the Twin Cities is that, as my friend put it, "this place doesn't take itself too seriously." I'd guess it's because Milwaukee close enough to Chicago that it's impossible for anyone's ego to grow too large.

Solipsism is a great failing of the Twin Cities, one consequence of being the only large place for five hundred miles in any direction. I fear the lack of a significant other leads to the narcissim of self-reflection, where the mirrored towers of downtown Minneapolis become the be-all and end-all of our worldview.

But if you travel East from Saint Paul and get to the far side of Madison, as the Cubs hats accumulate this feeling starts to fade. By the time you reach Milwaukee and see the endless lake just past the last street, you're connected again to a larger part of America.  And that's a great feeling for an isolated Midwestern man, good enough reason to walk out your door in the morning, get on the next train and see where it takes you. 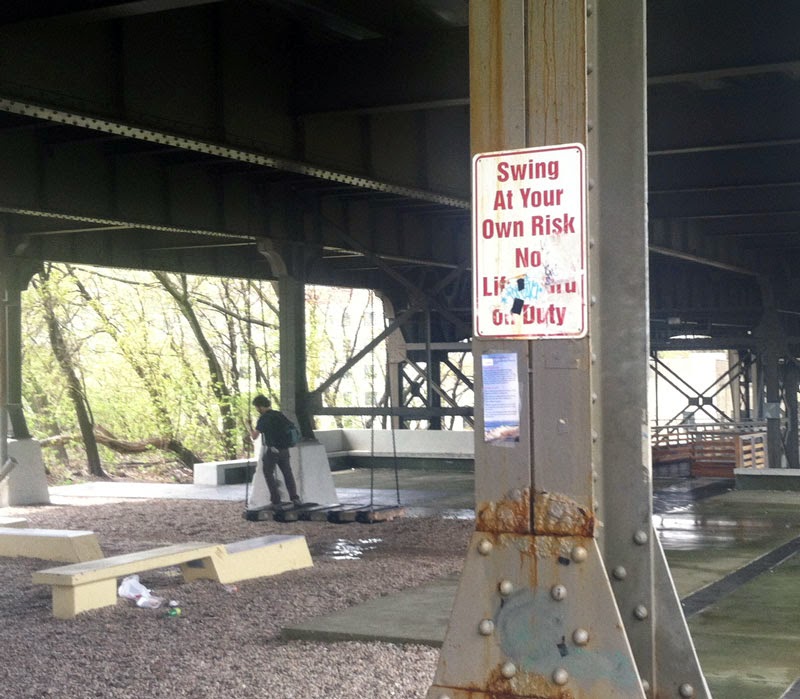