On Returning to New York

I'd forgotten how tall I feel in New York City. Sure it's not Japan. But here, too, my six-foot two-inch body literally sticks out on a subway car. Odd to turn your head and be looking over a trainful of people. I suppose going underground weeds out the the tall. It goes without saying that subway riders tend to have darker skin than mine, not to mention the city uniform: drab colors, nice shoes, lack of expression.

Of course writing about the difference between the big city and Midwest is a cliché. "Country life" etc. So much has been said. One of the best was the oddball German-Jewish sociologist Georg Simmel, whose essay "The Metropolis and Modern Life" on the bustle of 1880s Berlin still resonates. He argues that stimulation desensitizes people, makes them less reactive, seek out greater and more spectacular forms of experience. Being in a vast crowd of people continually swimming through the spaces of others, we lose our individuality, and must replace strong ties with the weak link of money. Cities become fertile ground for capital. Where nobody knows each other, only our credit lines remain.

I agree with him about that last part, but I'm not so sure about the first. I rarely feel so alive as when walking around Greenwich Village with a bit of money in my pocket. It's like the first day at a new school, potential spinning through every moment. Your shoes float on excitement like a pen hovering over a blank page. 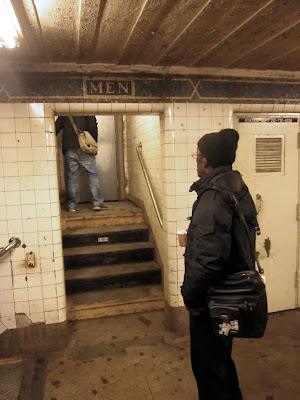 Jane Jacobs, another great city writer, has another observation about New York. She suggests that in big cities, privacy is at a premium. Because dense cities carry with them the weight of public display, one is always seen, always public, one's retreats from public life are carefully guarded. Meanwhile, you quickly learn how to present yourself in public, how to act differently on the street or the bus or the train.

I feel this even in my legs as I walk. On peopled sidewalks, I am conscious of my gait, my coat. I am suddenly aware of exactly how I am swinging my arms, and the exact posture of your lips as you brush your eyes off cheeks of strangers. Are my shoulders back? Do I move with purpose? Am I cool? (No.)

This is an awareness of the body rarely found outside yoga or meditation, questions that don't enter my mind back in Saint Paul. They don' t have to. There is no other, no public to present oneself before. In Saint Paul, only the occasional disinterested distant shapes of people shuffling to and from cars. Nothing like this continual steam of faces and half-heard conversations. This is a public. This is to to be in public. We don't have this where I come from, not really.

Later I am talking to an old friend of mine who now lives in Manhattan.

"It's great to be surrounded by so many people, to walk around in the city, to have stories to tell," I say.  "But I suppose that gets old after a while, day after day..." I continue more quietly.

"Not really, no," he replied smiling.

A city like this, constantly changing. Would I ever get bored? 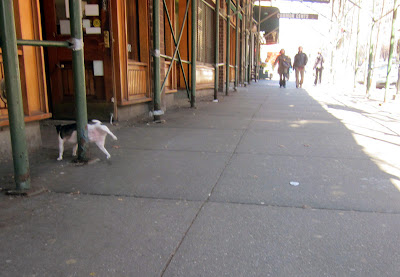 Visiting friends in New York City, I'm re-amazed at the simplicity of small homes. The flipside of the complex dance of the street is a forced minimalism. There simply isn't room for things, unlike the rest of the country. One bookshelf. Just that many books. One room. A kitchen no larger that it must be. The fear of having to move always looming, accumulating stuff is not the point any more. It can't be. I wonder how New Yorkers view a show like Hoarders?

The night before I left, a friend asked me, "What is the best thing about living in Saint Paul?"

For some reason, I couldn't come up with an answer. Yes it's cheaper. But on the other hand, I can imagine getting by paying New York rents. (You'd have to have a roommate, but that's not the end of the world.)

I'd like to say that I appreciate Saint Paul for its beauty or for the culture, but New York can offer all of those things, albeit in different ways. (Stoops and sidewalks are beautiful too.)

Another answer is simply "space," construed in all its dimensions. Along the mile from my apartment to downtown, I pass through a large open field, a slice of the river flat floodplain abandoned for fifty years. The kind of open sky and solitude are hard to find in the city. Likewise, my back yard is quiet. You can hear wind chimes, the wind rustling and swirling the leaves falling in to the yard, the sound of train horns and church bells and an occasional barge.

But then I remember how even in Manhattan, the densest place in the country, there were always moments of space. A half hour in the park or a quiet street on a Sunday morning or wandering along the river. Space isn't an absolute concept, it's relative. It has more than three dimensions. There are moments of space in a crowded room, spaces of potential and possibility. Sometimes a wide open town can suffocate, and stadt luft macht frei.

I guess my favorite thing about living in Saint Paul is that I know it. Friends and family are here. After years of meeting places and people, I recognize faces and remember stories.

Moving to Brooklyn, I'm sure I could develop these networks of memory. But it would take time, and the pace of change is so rapid in the city, volatile social crystals.

In many ways, that's exciting. But if there's one thing that the Twin Cities can offer that you can't find in New York City, it's the promise of stasis, that the pace of change is human scale, more humane.

This isn't a resounding endorsement by any means. Inertia comes at a price. The Twin Cities can seem inflexible and insular, sometimes even defensive. Living here often feels far removed from the rest of the country.

But it's good to notice again the differences between a fast-changing East Coast city and my slow-moving Midwestern one.

Each time I return, my first step off the train to New York leads right down Broadway, a walk past the delicate waving walls of Flatiron Building. Returning home, climbing up to downtown, the river below flows through the four bridges of a city that sleeps. 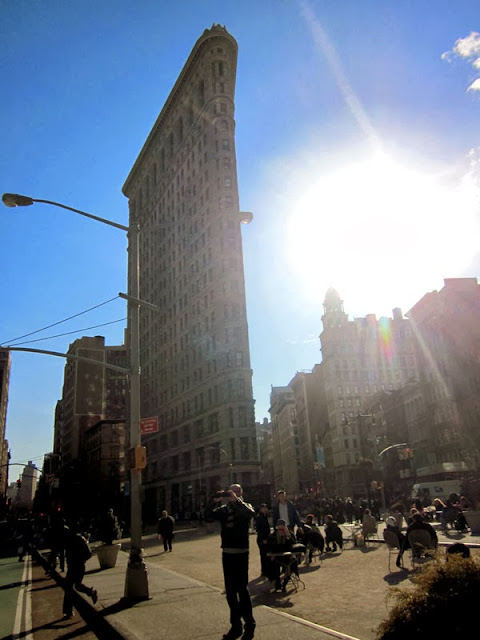