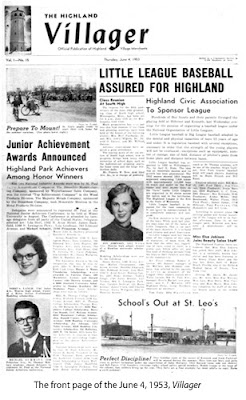 Short short version: The City Council voted to approve a moratorium on development along the West end of Grand Avenue [next to the University of St Thomas] pending a study of zoning and land-use along the avenue. The move was a response to two apartment buildings currently proposed for the corner of Grand and Finn. [One of the buildings has been approved, the other is still under site plan review.] Article includes quote from developer: “The demand for this kind of housing is incredible… we need to recognize that the demand is high and not decrease the supply.” Article includes quote from CM Russ Stark: “We heard from community groups … that we need to look at places where higher-density development may be appropriate.” [For more on this long-running saga (which combines NIMBYism, relative conceptions of density, and anti-Tommie loathing into a dark murky cocktail) see next two articles, all previous editions of The Villager. -Ed.] The proposed moratorium will block development higher than 40’ for one year while city staff and the Planning Commission conduct a study of the area. [If this process goes like the last one (the student housing ordinance), the city council will adopt the moratorium regardless of whether the Planning Commission approves the study.] Much of the zoning on Grand is RM2 (“multi-family residential”) which “people were surprised” about learning. The city council will hold a public hearing on the moratorium on September 5th.

Short short version: Landlords within the new student housing restricted area have started registering their buildings as student dwellings. Article mentions potential lawsuits. Article describes pros [“tipping point”] and cons [“discriminates”] of the ordinance, as well as details of the new law. Article includes quote form a landlord: “It is terrible t get a letter like this from the government, demanding to know who is living in our buildings.” Article includes details about minimum parking requirements: “one off-street space is required for a one-unit student rental dwelling and three spaces are required for a two-unit dwelling.” [NOTE: these parking requirements seem like really bad policy! Don’t many student not have cars in the first place? Aren’t students far more likely to walk or bike to class? Parking minimums are generally a bad idea, but in this case they’re a terrible idea. –Ed.]

Short short version: Article on the [futile] attempts by Tommie students protesting the new housing ordinance. [I’m surprised they were able to get time off from mainlining kegs of Milwaukee’s Best, stealing ornamental concrete lions, and pissing in everyone’s hedges to get politically involved.] Article includes quote from student organizer: “We’re trying to build a broader coalition to put heat on the City Council and get the ordinance rescinded. [Don’t worry city council. This student is probably a senior. He’ll be gone in a year, to take his new job doing brand management for Herberger’s, and be replaced by some pimply sophomore who will take the new ordinance for granted.] The student “coalition” released a “statement” [which surprisingly well-written, considering its Neanderthal Tommie origins] “statement”. [Details here and here.] Article includes detail that the public hearings on the ordinance were scheduled during final’s week, and so few students attended. [Not that it would have mattered. Students rarely vote, don’t pay property taxes, and never attend neighborhood group meetings. Thus, they are not entitled to representation in city government. –Ed.]

Short short version: A recent public campaign to get St Paul to add curbside compost to its recycling service was put on hold and not included in the Mayors budget proposal.  [Despite the biodegradable lawn signs that have appeared all through St Paul! –Ed.] The mayor says he need more time to consider the proposal.

Short short version: The City Council overturned the Board of Zoning Appeals decision, and granted approval for the giant cat signs for a children’s toy store on Grand Avenue. Article includes the following sentence: “customers who enter the toy store would walk through the cats’ legs.” Article includes metaphysical discussion about whether cat is a sign or a building.

Short short version: Public comment period has opened for the large plan for the Mississippi River area through St Paul. [Found here.] Bureaucratic institutions which have already or not yet weighed in on the plan include: Pars and Rec Commission, Heritage Commission, Planning Commission, City Council, Ramsey County Board, and Met Council. [The document is very large. -Ed.]

Short short version: A developer attempting to expand a fourplex on Goodrich Avenue will be forced to turn the building into a duplex. [Is "fourplex" a word?] The “nonconforming use permit” required a special amendment and was not approved.

Short short version: The City Council approved the plats for the new development at the old brewery.

Short short version: The BZA declared that a man with two chicken coops in his yard abutting the freeway can keep them. The chickens were discovered when they escaped and wandered into the parking lot of the nearby Trader Joe’s store [where they narrowly escaped certain death at the hands of zombified Trader Joe’s employees].

Short short version: The area around Ford Parkway and Cleveland Avenue [I refuse to call it “The Village”] will get $500K from State Aid money and property assessments for new sidewalks. The City Council approved the plan in July.
Posted by Bill Lindeke at 11:47 AM