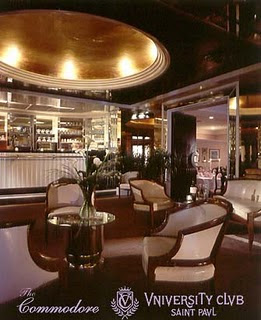 Tomorrow it will be Minneapolis with its sweet-sounding name, its gossamer string of vowels, half-Greek, half-Cheyenne*, evoking a radiating geometric pattern, at the edge of the ice-sheets, at the horizon of the inhabited world**... Speaking of the silence of the masses and the end of history, and casting an eye over the immensity and radiance of the lake. A biting wind blows over it, away to the east where night is falling. Planes pass overhead, silent as the wind, behind the windowpanes of the hotel, and the first neon signs begin to roll slowly, above the city. What an amazing place America is! All around is Indian summer, its mildness presaging snow. But where are the ten thousand lakes, the utopian dream of a hellenstic city on the edge of the Rockies?*** Minneapolis, Minneapolis! After the patrician elegance and feminine gentleness of the Indian summer in Wisconsin, Minneapolis is merely a rural agglomeration, simply waiting in darkness amid its silos and hunting grounds for the winter and the cold on which it prides itself. But in the depths of this real America, there is the Commodore bar, with the finest art deco in the world, where Fitzgerald, they say, drank every evening.**** I drink there too. Tomorrow I shall be carried directly by plane to the opposite extreme, opposite in terms of light, surface area, racial mix, aesthetics, and power – to the city that is heir to all other cities at once. Heir to Athens, Alexandria, Persepolis: New York. 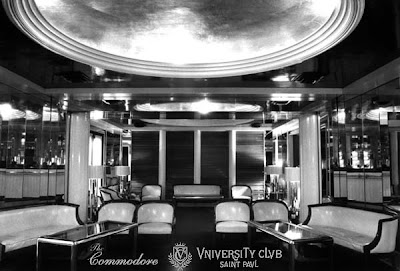 
* Actually Ojibwe. But whatever, its not like Jean was the first white European traveler to mess up the names of Indians.
** Actually Canada.
*** Actually very far from the Rockies. Obviously, geography was not Baudillard's strong suit. Perhaps he needs a map as large as the territory?
**** Actually in Saint Paul. Now tragically un-open, controlled by Saint Paul's old boys.
Posted by Bill Lindeke at 4:57 AM

This can't succeed as a matter of fact, that is exactly what I believe.

The Commodore is in Saint Paul, NOT Minneapolis!? It is in SAINT PAUL, where WA Frost is, where The Saint Paul hotel is, where Rice Park is where rows and rows of preserved Victorian mansions are, where the glorious Cathedral of Saint Paul is, where all the old world elegance is, not Minneapolis. Saint Paul!

I know I know. Baudrillard doesn't care. The desert of the real doesn't distinguish between St Paul and Minneapolis.