Old Wall of the Week: The Great Wall of China

[This is content recycled from my now mothballed website, www.excitablemedia.com. Please enjoy!]
Chinese is notoriously hard to translate. For example, you might not have heard about the debate raging within the Sino-Anglo Interface community about the so-called Great Wall of China, commonly agreed to be one of the "wonders" of the ancient world. 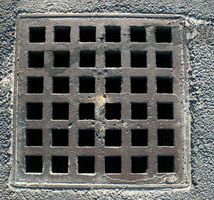 [The thing in question.]

While many forward-thinking translators grant that this wall is quite large, and almost everybody finds it to be imposing, the term "great" is being re-thunk. The original Chinese adjective, shir-tse, is usually translated from modern mandarin as "above average," or occasionally "magnificent," but according to Sinese scholars at the Univeristy of Eastern South Dakota the ancient character from which shir-tse is derived had an unclear meaning. Speaking pictographically, these academic upstarts have been suggesting that this character, composed of many horizontal brushstrokes, might mean "grate," or "the thing through which water flows."

If they are right, it would be no small irony, given the flawed nature of the ancient, large, and often imposing Chinese wall. 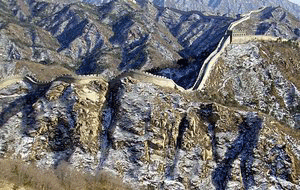 [The Swiss Wall of China.]

For example, if you're a maximum-security inmate you might want to rent one of the great jailbreak movies such as The Great Escape or that other one with Morgan Freeman and Tim Robbins next time you're at the video store. Though I'm sure they're popular titles, keep trying! You might get an idea or two.

Or if you're an insomniac, you might try one of the many self-medication regimens available to the modern consumer. Alternately, develop a nice late-night hobby like philately, gluttony, or international terrorism. As a great man once said, "walls are meant to be gone through." In fact, even the greatest wall of them all, the Great Wall of China, really wasn't that great a wall . . . it was more like the Okay Wall of China. 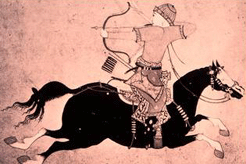 "Harsh," you say? Well, I say that the Above-Average Wall of China has failed almost every monumental task it's been given, starting with keeping out the Mongol horsemen. To be sure, the actual building of the wall was an impressive undertaking. The Ming Dynasty emperors who commanded the wall's upraising should be commended for their impressive command of logistical complexity. The large, rock wall stretched all the way from Qinhuangdao to the Gobi desert and many of the Chinese slave laborers died while making at, attacked as they were by brigand bands. In fact, it was these be-horsed brigands that the wall was intended to keep out. Unfortunately for the Chinese ruling faction, the brigands, a very large army of Kokes Manchus, simply went up to the wall and asked its gate keeper, one Wu Sangui, to pretty please open up the gate. And he did, allowing this very large army to conquer all of China. It prompts the question, was this wall a failure?

Today, the Large-yet-Ineffective Wall is known for its monumental status as a spectacle. Most American children hear at a very young and impressionable age that the Mostly-Imposing Wall of China is "the only manmade object visible from space." This is repeated so often that it became something of a mantra, and it seemed for a time that the Boondoggley Wall of China would regain some of its long gone luster.

This all changed in March 2004, when pioneering Chinese astronaut, Lang Yiwei declared that he couldn't see the beloved-though-historically-laughable landmark from his outer space vantage. Since that watershed moment entire textbooks have been rewritten, Manchurian schoolchildren's memories have been erased, Frankenhemier-style, and various upstart Chinese photographic firms have sent cameras in space in the valiant-but-vain attempt to resurrect the Now-Doubly-Fallible Wall of China's monumental stature. 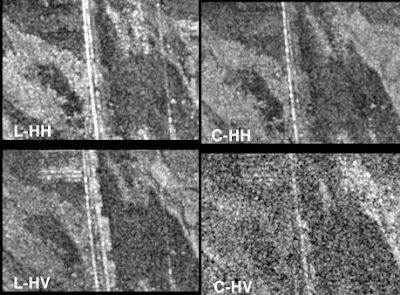 [Unconvincing space pictures.]
Posted by Bill Lindeke at 5:00 AM