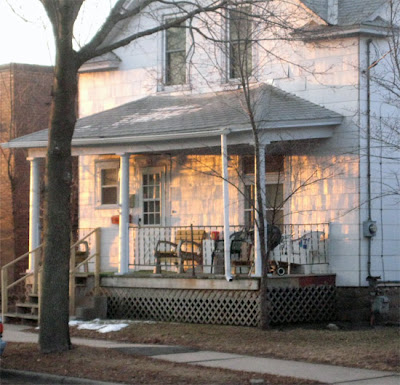 [This and all following photos are pictures of porches with upholstered furniture taken in the North End and Frogtown neighborhoods of Saint Paul.]
Minneapolis City Councilmember Diane Hofstede recently floated an amendment that would ban couches on porches in the city of Minneapolis. The proposed amendment to the general nuisance ordinance reads:

Any upholstered furniture not manufactured for outdoor use, including upholstered chairs, upholstered couches, and mattresses placed in any front yard, side yard or rear yard abutting a street or on any opened porch exposed to the elements, shall constitute a nuisance condition. 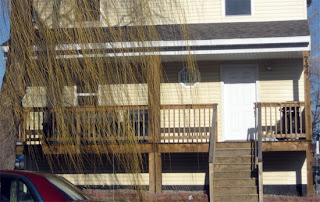 Ward 2 Councilmember Cam Gordon posted a terrific argument on his blog last week about the reasons why this ordinance is a bad idea. He argues that:
Let's hope this ordinance goes down in flames. It seems to me like a clear case of over-regulation and aesthetic elitism. I remember when Hofstede first got elected, and she seemed to me like the classic philanthropic liberal, filled with 'good' intentions about 'reforming' and 'civilizing' the unwashed urban masses. 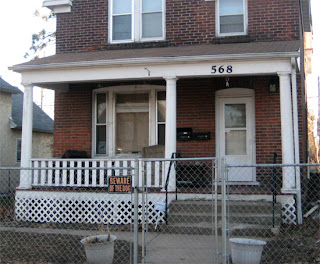 But enough name calling. I wanted to add my two cents about this issue. I think there are two questions: firstly the notion of porches as mediator between inside and outside, public and private; and secondly, the question of the rights of property as exchange value versus land as having use value. 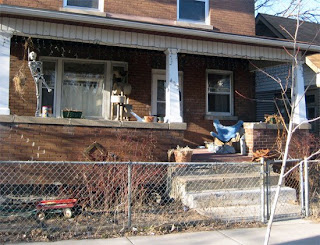 First, open porches are a wonderful and rare piece of architectural technology that operate half-way between inside and outside. They are private space that is 'in' your house, but they're 'outside', exposed to the world, and you can sit on them and look around at your neighborhood, watch the street, enjoy the sunshine, and pay attention to things that happen in public. These kinds of publicly-oriented private spaces are an endangered species, and the idea of the front porch has become a symbol of a different era of urban connection, community, and walking. 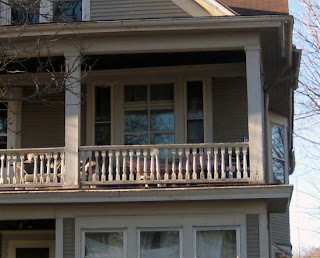 The post-war landscape saw a turn away from houses with front porches toward houses with back yards. This happened firstly because of an increasing sense of the need for privacy, particularly around the idea of 'the family' as the building block for American society. The back yard culture of private fences, barbecues, and decks emphasized the notion of control over private property. The old culture of front porches and front stoops oriented toward the street, sidewalk, and neighborhood disappeared (at least in newer, white suburbs). The front yard became more of a symbol, not to be used, but to represent the family inside the house through fake pillars, well-tended lawns, gardens, etc. Secondly, the increased dependence on cars meant that the front side of the house was increasingly dominated by driveways and ever-larger garages. The separation of cars and people, pioneered in the planned garden city of Reston, VA, became the de facto position of homes, porches, and yards. 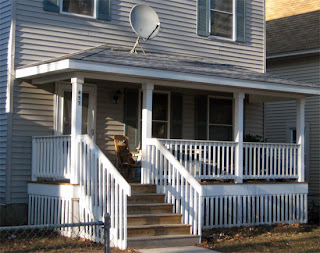 Even today, porches are a hot spot for conflicts over property and propriety. Because they serve as a mixture of private and public space, both inside and outside the house, they are a transparent and porous boundary that exposes the private worlds of people to the public world of the street. Things like couches, decorations, christmas lights, etc., become moments of representation and conflict over land use, and can provide the kind of spark that ignites a prudish totalitarian like Diane Hofstede. Conflicts over social class and cultural difference are waged through porch warfare, and a host of zoning, aesthetic, and regulatory ordinances intended to maintain 'property values' based on a particular notion of beauty advocated by realtors and tax assessors. 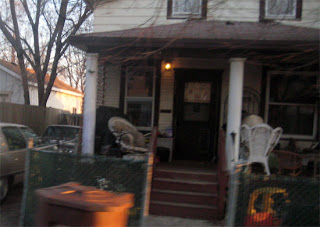 This brings me to my second point, the issue of use value and exchange value. These two terms, which come from Marx's analysis of the commodity, are one of the main analytic concepts in urban geography. The use value of property comes from how people can use it, the kinds of benefits it gives to its inhabitants like a roof overhead, warmth in walls, space for playing, indoor plumbing, etc. The exchange value of property is simply its monetary pricetag, which stems from the marketplace each time land is bought and sold. 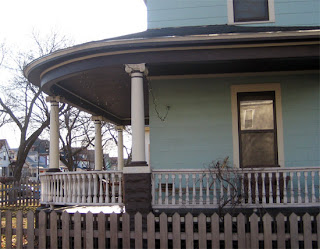 The battle over gentrification is often a conflict between these two kinds of value. Building owners neglect the maintenance of their property, minimizing its use value and focusing only on its exchange value, which is often speculative and based on future returns in a 'better economy'. Often, the people living in (but not owning) properties get screwed as the buildings start to deteriorate around them.

At the same time, exchange values are talked about through the language of 'property values'. Understandably, keeping property value high is one of the prime concerns for homeowners and city governments. These values represent the main source of wealth for most Americans, and the taxbase is the main source of income for cities. 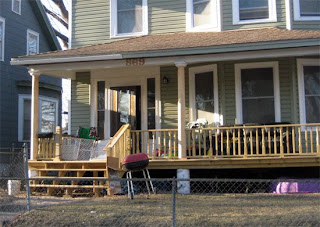 Yet, a focus on maintaining property values at all costs often turns into a war on the poor. For a variety of persistent reasons -- cultural conflict, a lack of appreciation of diversity, intolerance -- mixed-income neighborhoods tend to bring down property values. Many things that are done to increase and maintain property values end up restricting the ability of poor people to live in many neighborhoods. In some ways, the older regime of segregation through restrictive covenants, redlining, and steering has been replaced with aesthetic ordinances.

Frankly, its difficult to find any good intentions in Hofstede's porch ordinance. Urbanism is the idea of diversity and density, and requires an appreciation of many different ways of using space. People sitting on their porch should be one of the great American pastimes, and the last thing Minneapolis should be doing is making it harder for people to enjoy the life of the sidewalk. 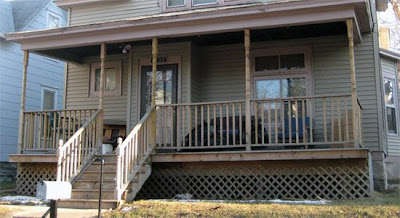