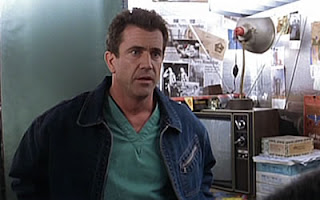 [Behold the letter that sums up the results of a lengthy FOIA request by a former Norm Coleman staffer which forced local non-profit transit and complete streets advocates to spend many many hours of valuable time digging through and reproducing extremely boring emails about transportation and bicycle planning. NOTE: I have made a few editorial changes, clearly marked in red.]


I [don't] love to ride bicycles. I [don't] ride bikes for exercise, [or] for recreation and [/or] to raise funds for worthy causes. To me, the issue that has impacted the neighborhood where I raise my family has nothing to do with one’s opinion about bicycles or, for that matter, transit. It has everything to do with an unelected organization having far more power than it should to influence government, the character of a neighborhood and the livability of our communities.

Transit for Livable Communities (TLC), which was founded in 1996, seeks to “reform” Minnesota’s transportation system by offering more of a “balance” between motorized and nonmotorized vehicles. It’s [not] a worthy goal, and [not] one I embrace as a private citizen, a parent and [/or] someone who has [had repeated panic attacks about the fact that they] approached middle age believing that the more I engage in physical activity, the better. [Please stop reading this piece right here. Trust me.]

But my [non-]agreement with TLC’s goals stops there. I object to this organization’s ends-justify-the-means mentality, its methods and tactics, and the process that has led to a neighborhood being forced to accept a project it never requested – a process that has our own tax dollars being used against us by an organization that is unelected.

TLC is not some mom-and-pop outfit engaged in friendly discussion about how to add more bicycles to our streets. [In other words, they don't spend all their time in the basement of their house. They have an office. With windows.] This is a sophisticated, well-funded organization that has chosen an IRS exception to its 501(c)3 status that allows it to lobby on matters of public policy. It receives thousands of dollars from individuals, foundations and other nonprofits to lobby on behalf of its causes. [This sounds like a successful non-profit organization. -Ed.] It has also received millions of dollars from Congress to support communities that want to enhance nonmotorized transportation. [This is referring to a a rather interesting story about the pioneering NMTP project funneling a few million Federal transportation dollars to the Twin Cities to support bicycling and pedestrian amenities. -Ed.]

In St. Paul it has used its political clout and money to push the so-called Jefferson Avenue Bikeway without regard to process and the overwhelming opposition of the neighborhood. [A recent and quite dubiously gathered DOT poll had 54/41 opposition. This kind of opposition is what one would call "underwhelming." -Ed.] What began as a project being forced onto Highland Parkway (after Jefferson Avenue was rejected as an option by TLC), has ended up being forced onto Jefferson Avenue by TLC (after Highland Parkway was rejected y the neighborhood). Deploying an army of advocates [i.e. supporters who live in St Paul], TLC has lobbied, cajoled and threatened city officials and taxpayers with threats to withhold funding for other city projects if Cleveland Avenue isn’t affixed with a median. [TLC is funding a bicycle boulevard, which inherently includes “diverters”, and it's up to St Paul whether or not it wants the money to build it. Bike boulevards inherently include diverters intended to reduce auto traffic flows. This is what bike boulevards are. Not having a median means it's not a bike boulevard, which is why TLC wouldn’t then want to fund it. -Ed]

The executive director of TLC, Barb Thoman, wrote in the August 31 Villager that the Jefferson-Cleveland median was the only option that survived a neighborhood process and the political process of City Hall. Not really. Ward 3 City Council member Pat Harris opposes the median. [As well as painting sharrows on the street. In fact, Harris opposed painting sharrows on the street so strongly that the DOT had to go back and “unpaint” the sharrows, covering them up with black tape after they’d been laid down on the pavement.] The neighborhood has been outspoken against it. Furthermore, 56 percent of those who had an opinion on the median opposed it [according to a poll done using a orange traffic sign with a phone number on it facing car drivers placed next to traffic cones on a busy street. –Ed.].

In just about every aspect of public policy, if the overwhelming majority of people are opposed to something, it stops. [See: 2003 Iraq invasion.] But nothing ever really stops an unelected organization that has an agenda. [Get ready for the list of damning evidence revealing the casa nostra-like network of nefarious all-powerful warlords lurking behind the bike lane agenda.] Not the fact that TLC’s paid director for the Bike Walk Twin Cities program and its Jefferson Avenue Bikeway never publicly disclosed that she lives on Jefferson. Not the fact that her spouse serves on the Macalester-Groveland Community Council’s Transportation Committee that supported this project and he never publicly disclosed that conflict of interest. Not the fact that her spouse made the motion to that same committee to put the Macalester Groveland Community Council on record in support of the Jefferson Avenue Bikeway project. Not the fact that Ms. Thoman serves on the St. Paul Planning Commission’s Transportation Committee, which has played a leading role in advocating this project. Not the fact that two other members of the city’s Transportation Committee are financial contributors to TLC. [Eureka!] 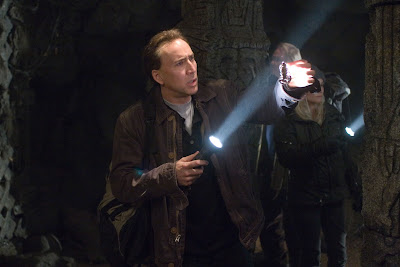 
If an elected official had any of these conflicts of interest and never disclosed them, the public outcry would be loud and understandable. [See: Coleman, Norm.]

It is inconceivable that a paid staff member responsible for coordinating this project, who has a vested interest in the outcome of this project, was ever allowed to play an active role in pushing this project forward without ever disclosing the obvious conflict of interest. It can’t be possible for TLC to be even remotely objective when one of its own staff members, who lives on Jefferson Avenue, not only advocates for the project, but gets paid to advance it.

At every single turn, TLC has played hardball with the neighborhood and with elected officials and city staff. When Pat Harris refused to join the chorus at City hall pushing this project, key staff members with TLC suggested he would pay a political price. When private citizens, such as I, requested information about this project in 2009, the executive director at the time [stuck her tongue out at me and made a farting noise and] made it clear that no member of TLC staff should cooperate or provide any information to me.

The neighborhood has done its job. We spoke up. We made our voices heard, and we said we didn’t want this median. The ball is now in the court of the media and city officials to do the right thing. If TLC is allowed to have the authority of those we elected to serve us without the elected certificate that goes with it, it should send a chill up the spine of every St. Paul taxpayer. [Who elected Mischkes the editors of the Highland Villager? What ballot allowed this raving looney to get a full page Op-Ed to waste so much valuable paper and ink? I’m almost ashamed to line my birdcage with this thing.]

TLC was given the responsibility of administering funds appropriated by Congress to enhance the use of nonmotorized transportation. It could have done so in a manner that was consistent with the directive of Congress and, in my opinion, might have been strongly supported by many in our community had it done so. Bu neither Congress nor the Constitution has granted TLC the authority to act with impunity. Nor should the people of St Paul.

Erich Mishe has [spent the last three years eating canned prunes in his basement taping tiny scraps of newspaper and K-Mart receipts onto walls while drawing little pointy beards on pictures of Barb Thoman] owned his home at the corner of Jefferson and Cleveland Avenues since 1995 and has owned the home next door to that for the past five years. [Because one home isn’t enough? Doesn’t living on Jefferson make our writer ineligible to have an opinion about this issue? He clearly has a conflict of interest.  –Ed.]
Posted by Bill Lindeke at 10:40 AM

A+, i am going to start sending you my stuff to edit.

www.toledo-3d.com said...
This comment has been removed by a blog administrator.
8:40 AM

You have only scratched the surface as to the type (as he himself describes TLC of being "heavy handed") of individual who is Erich Mische...try living next to this A-hole...F---ing hypocrite!!!
Who's 'calling the pot black' now?

P.S. I'm posting this 'anonymous' as I know what this vendictive bastard is capable of.