I graduated from college in 2001, and when September rolled around I moved from a small town in Massachusetts to a loft apartment in the East Williamsburg Industrial Park on the border of Bushwick, Brooklyn, six stops in on the L train in New York, New York. I was unemployed and looking for work and asleep when 9/11 happened. My roommate woke me up and we watched the tower smoke for a little while, but never figured out that it was a really big deal until much later.

In fact, because we'd just moved in and only had a crappy antenna-less TV, combined with the fact that the top of the WTC was where a lot of TV antennas had been, meant that I wasn't hypnotized by the gruesome slow-motion mezmer of the disaster footage. Instead I listened constantly to Rudy's fairly confusing pressers on 1010WINS (or whatever that station was) and sat around my apartment confusedly, while talking a lot on the phone with friends and family.

The thing that I remember though was going into the city a few days after the disaster, and hanging out in the city around Bryant Park, and how different it felt. The city really shut down for a few days and weeks after 9/11. It really felt different, quieter, slower, more still, as if something had changed. I had many conversations with strangers about different helicopters or motorcades that were traveling the streets. I remember coming out of a movie theater to find everyone gathered onto the sidewalk in long lines as a bunch of speeding SUVs went by, and to hear the man next to me say "there goes the president." At this point an older gay man started yelling, "He's not MY president!" He was the only one at the time to register a voice of protest, but in retrospect, his dissent was brave and precise.

Anyway, its hard to believe 9/11 was 10 years ago. Today, looking back, it doesn't seem like that big a deal. More people die every month in car crashes, and both of those disastrous facts are partially caused by our fossil-fuel automobile lifestyle.

Mostly, it seems like a huge media event, a huge emotional political touchstone. (For example, see this awesome 9/11 media archive of all the footage from a whole bunch of TV stations.) 9/11 illustrates the power of cultural focus. It presents a limit case of our world's ability to be captured by a single moment, the most extreme form of “the event” that we've had in my lifetime. I only wish we could garner the same kind of unity and energy around issues that are more important, like climate change or war or famine. 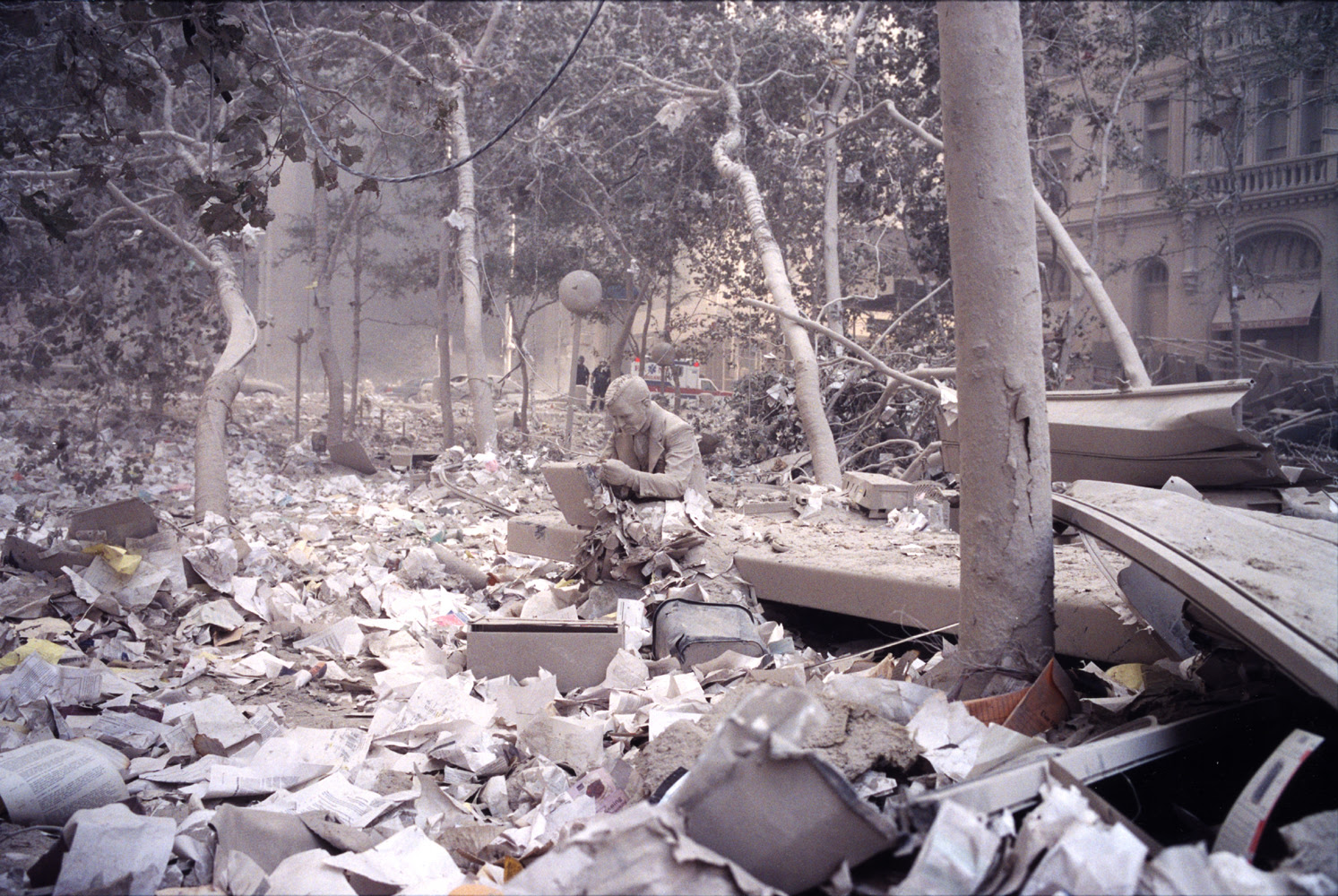 Thanks so much for the article, quite useful material.