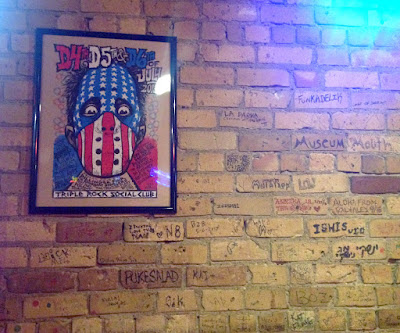 Both sides of the relationship are vital. You need the people: the fashion, the vibe, the crowd, the affect, the regulars, the giant bouncer that remains on his stool for a decade.

But you also need the spaces where the people can feel at home and flourish. Without the lived-in walls, the room, the booths, the bar, and the sidewalk on the corner where people smoke and stare at the dull freeway, what do you have? What is a player without a stage?

Sometimes the place and the people come together in harmony, each seems like it was made for the other, and the people and the place become almost interchangeable. That’s what the Triple Rock Social Club was like, and the loss of the Cedar Avenue bar and venue on the fringe of West Bank seems right now like it’ll displace an entire scene.

I made it over there for one last show a little while ago, to see a young rock band from L.A. called Girl Pool. The whole place was full of Radio K twenty-somethings, which is perfect, because that’s how old I was when I formed some of my favorite memories of the Triple Rock.

For example, the Triple Rock bar used to have a great juke box by the back door, the old-school kind with buttons and labels full of punk songs. I didn’t know anything about punk, but I remember really liking the scene inside the bar. So much so that I once took fifty of my precious cents over to the juke box and searched around for a song. Not knowing anything, choosing purely by the names, when I saw “The Descendents — I Like Food” I thought, that’s the one!

I hit the buttons and as the song started to play, sat down on the bar with a smile on my face and turned to my friends to listen.

The song turned out to be 15 seconds long, and was over before I could say anything. I got punked!

Speaking of food, the Triple Rock was unique in the Twin Cities for having the weirdest mix of crusty-punk-vibe yet-often-meat-laden huge-portion’d staple food. The kitchen at the place was a tiny hole in the wall by the bathroom, and I have no idea how they got so much food out of there.

The Triple Rock was famous for their po’boys, which were these mammoth vehicles for potatoes and were nothing like a New Orleans po’boy. A half order was enough for two people, and eating a full "sandwich" would literally put you on your back for 24 hours. It was the kind of food that you’d want after a week of camping. Their poutine was the same way, and their $7 happy hour burger special was an amazing deal.

The place was vegetarian friendly, and yet I remember when they had a brief foray into an “all-you-can-eat bacon night,” where if you sat down the would keep bringing you baskets of the world’s worst bacon until you cried “uncle” and screamed for it all to end. They had huge starchy breakfasts on weekends, which along with a bloody mary, would cure any possible hangover.

Once you walked out of the old bar and into the back, the music space seemed like a paradise for punk, metal, and rock music. It’s as if someone gave a punk nerd permission to design their ideal world, and then the fanciful fever dream came true.

The entire room was black, and large noise-deadening cloth things hung on the wall that served to make the room great for music while also allowing unruly musicians to bounce off them without fear of injury. The bowl in front of the stage was depressed, and ringed with little ledges, and in the back the aloof could loiter by the bar and merch table. The place was perfectly designed, and there’s not another stage in town with better sight lines or acoustics. 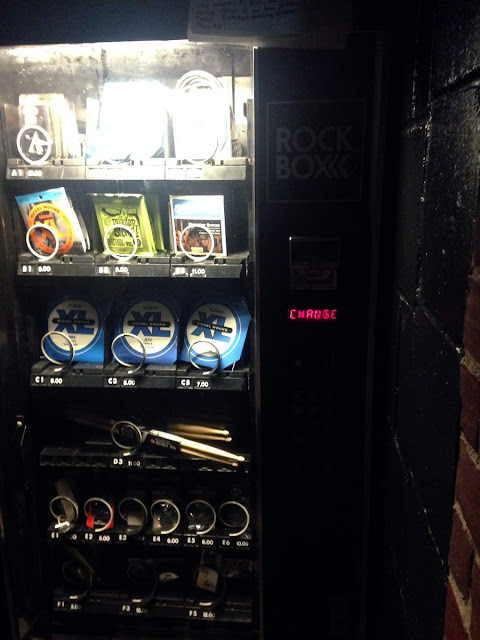 Finally, the geography of the venue was a perfect fit for the music. The Triple Rock was literally next to the freeway onramp. Before the freeway, Cedar Avenue had a contiguous row of bars and shops running from seven corners all the way to Franklin (where the railyard used to be).

But the freeways obliterated this old street, and left the remnants of  the old bars and buildings in tatters. In fact, little amputated bits of Cedar like the Cabooze and the Joint are still floating around, offering refuge to bikers and other small scenes, and the Triple Rock was one of these, like a lighthouse of punk on the edge of an ocean of cars.

I’m thankful for the owners, who created such a harmonious place in which to tell the world to fuck off. Running the joint for twenty years is quite a gift to the city, and according to the articles, they just ran out of energy and (presumably) got a retirement offer they couldn’t refuse.

The building is slated to become a restaurant and banquet hall / event center. I am sure it won’t be anything like what it was, and I hate to see a perfect scene disappear. Check it out one last time before it closes for good.