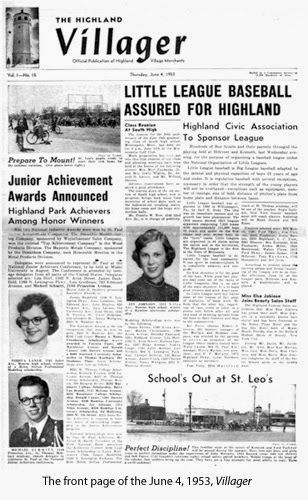 Short short version: There's a big pot of city money available, and it's ostensibly earmarked as an "8-80" fund [which means it should go to complete street improvements on would think?] but the Mayor's office wants to use $8M of the fund (to match $5M in state bonding money) to restore the Palace Theater in downtown Saint Paul. A Mayor's office guy says it would pay for itself because it fills a niche and would be managed by the folks at First Avenue. Some City Council members don't like the plan, especially CM Bostrom [from the East Side] who says "I'm a little nervous saying these are our friends and they helped use" [when referring to the First Avenue team]. Article includes a bunch of details of the theater's history. [The theater sits on the 7th Place Mall, one of the more uncannily depressing spots in Saint Paul, which is saying something. Regardless, even if it's a good idea, using the "8-80" brand name to restore a theater seems like a stretch to me.]

Short short version: The Mayor has a plan to change how streets are repaired that basically shifts money away from the RSVP (residential street vitality program) and into a different fund called the SVP (street vitality program) where more of the money would be spent on repaving [but not necessarily reconstructing] arterial streets in the city [i.e. more trafficked commercial-type roads]. The plan also throws a bunch of city money at these arterial projects for next year (2015), most especially St. Clair between Albert and W7th, Kellogg Boulevard between Marion and W7th. This would take some money from residential street projects, which are more spread through the city. [Basically, it seems like more money going to downtown and the already wealthy southwest quadrant, i.e. Villager-land, instead of other less well-off neighborhoods?] Article includes [sympathetic] quote from CM Stark: Based on road conditions, we have to be doing this. The arterial streets are that bad." Article also mention of the downtown bike loop and the "grand round" bike loop projects [even though it seems like that money is coming from a separate pot, the one-time funding mentioned above. Christ why do I know all the details of this crap? What am I a government accountant now?]

Short short version: The bridge over I-94 at Snelling Avenue will be closed because it needs to be rebuilt. [Hide your children.] The new bridge will have wider sidewalks. [Holy crap, so long overdue... No seriously, hide your children.]

Short short version: The city is loaning $250K to the folks who are redeveloping the old yogurt factory on University and Western and turning it into affordable housing. [That's a beautiful art deco building.]

Short short version: Someone is working on a a monument to old Rondo Avenue.

Short short version: The DNR has some rules for the river area. They'll present them to the Planning Commission tomorrow.

Short short version: A corner store on University Avenue can't sell smokes any more because they were selling them to kids.

Short short version: The city tax rate is only going up slightly.

Short short version: The city charges a fee to people when they reconstruction their sidewalks. [Yes, even churches!] People don't like paying taxes.

Short short version: A rec center in the West End will [finally] get fixed up next year. People have been talking about this for a long time. Article includes details, like a new gym, ballfields, etc.

Short short version: A city task force is trying to figure out what to do with the old automobile factory site. Ford wants it on the market by late 2015. Article includes shout out to bike infrastructure.

Short short version: Plans to re-zone a strip mall to have less parking along West 7th street seem to be unpopular in the neighborhood. The strip mall owner wants to tear down the shopping center and built a mixed-use development. [See last fortnight's recap for more on this.] The key issue is that the owner doesn't wants to keep his surface parking in front of the building. Article includes quote from one of the HDC members saying that the owners comments "feel like a threat" and that "frankly this part of Highland Park deserves better; the development doesn't fit what I envision for Highland." The issue seems a bit controversial. The rezoning plans are part of a much larger study of the area. [Note that this area is highly unwalkable and dangerous and also coincidentally home to many poor, transit dependent people of color. You know, for kids.]


Headline: New design for Dickerman Park is in the works at University-Fairview
Author: Jane McClure

Short short version: A weird park right on University Avenue might be getting $3-4M in city money [from the "pot" mentioned in the first article above] to fix it up. Article includes some of the strange history of the park. Details are unclear.

Short short version: The city's [long overdue] bike plan was released in its final draft form. It adds some stuff about bike parking, lockers, and some other [obscure] details but subtracts details about the Ford area. Article includes quote from neighbor : "the only one [of the 20 street repaved this year] that got bicycle lanes was Marshall Avenue." [See this streets.mn story for more on this.] Article also includes quote from city engineer about adding bike lanes: "If it's simply paining stripes, we can do that." [Seeing is believing, Saint Paul! PS This plan was supposed to be done many years ago. Please let's just pass it yesterday.]

Short short version: Neat piece on Josepht's Coat, a "store" for homeless/needy people on West 7th Street that gives away clothes. [I've often seen a line outside that door in the mornings, waiting to get in.]
Posted by Bill Lindeke at 11:28 AM

Damn, this Villager is packed full of good articles. Last issue was a little light on streets news.