What does Peak VMT mean for the Twin Cities? 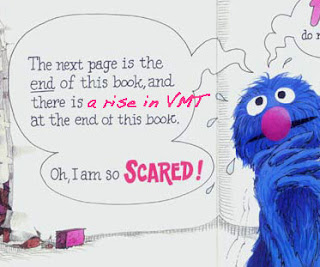 The idea of increasing VMT reminds me of one of my favorite bedtime books as a child, a Sesame Street Little Golden Book called "The Monster at the End of this Book." I forget how it ends, but the basic concept was that Grover freaks out the whole time, trying to scare you because he's convinced there's a monster lurking on the last page.

No matter how old you are, it’s a safe bet that for most of your lifetime traffic has been growing. Total US vehicle miles traveled (VMT) has doubled and doubled again, rising like an ocean tide since the invention of the automobile, reaching about 3 trillion (!) annual auto miles in the USA. The escalation of auto traffic has been a constant for so long, it's colored the blood of policymakers. Growth is a given.

It means that debates over how to design a street, or whether or not to expand a freeway, often have this lurking fatalism. “Sure, we could do that now,” we think, “but in twenty years this is going to be a nightmare.” The increase in cars haunts the dreams of public works, a constant nagging voice whispering "larger... wider... more..."

The problem with this approach is that the tide has shifted. Since 2005, driving has started to plateau. And back around 2008, the total actually began going down for the first time in anyone's living memory. Part of that is the recession and the rise in oil prices. But when viewed from a per capita perspective, the trend hits you even harder. Growth in yearly driving has been slowing since 1990 and been going down since 2004.

The are a few theories for this decline, beyond basic economic reflexes. You could point to demographics, culture, or peak oil. One one hand, it doesn't seem like that big a deal. The US is still leading the world in auto dependency. We still drive almost 3 trillion miles each year in our 280 million cars.

On the other hand, this new trend is a big deal for how we perform transportation modelling. This shifting tide means that cities and states don't have to project infinite growth into the future any more. Things have changed. As the US DOT puts it, “the United States has reached a critical juncture in terms of national mobility trends and underlying socio-demographic conditions and travel behavior that will result in more moderate rates of annual vehicle miles of travel (VMT).” (Rather inelegant, that.)


Should Our Cities Be Extrapolating Growth?

Here at the local level, the changing VMT tide means that we can adjust how we make decisions. It means that our cities have more flexibility to design streets and transportation systems in ways that move past the paradigm of increasing traffic. My city of St Paul is a good illustration. Most design decisions about how to improve a street, whether to stripe a bike lane, or whether to have a two-way or one-way configuration are made within the context of the city's traffic counts. That's called Annual Daily Traffic (ADT), and the city has a detailed map of all the ADTs for every street right in their comprehensive plan.

One of the exciting things about peak VMT is that the city typically will project ADT counts for 2030 alongside current counts. For example, Summit Avenue currently has 12,400 cars per day, but in 2030 it's projected to have more than 15,000. Or Lexington Parkway is projected to grow from twenty-two thousand to over twenty-six thousand cars per day. MNDOT, Hennepin County, and Minneapolis each have similar projections. These projections are standard practice in public works and transportation departments across the country.

But does this model still make sense when per capita VMT has shifted? In cities like Saint Paul and Minneapolis that have decent transit systems, and are targeted for large investments and improvements over the next few decades, maybe it's time to drop the projected VMT counts.

Taking this step would liberate our cities from the regime of increasing traffic. Getting rid of the assumption of increase could free our vision, and make room for more ideas about street design or mode choice. Instead of fatalistically designing roads for gridlock, we could begin designing roads that meet our shared goals, things like walkability, encouraging local businesses, and encouraging sustainable energy use. In other words, we could plan for what we want to happen, not what we know is going to happen whether we like it or not.

Peak VMT is the sign that the tide has turned on car country.  The monster at the end of the book isn't real. Our cities can start to relax. 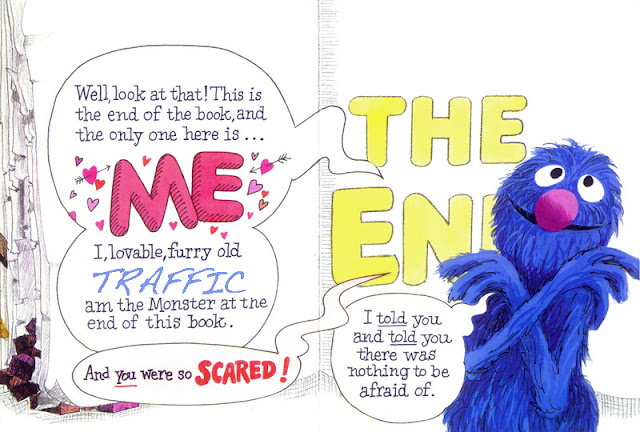 PS. On second thought, maybe the decade's VMT trend is just a repeat of the 70s. So the Germans would have us believe...

Update: I shouldn't pick on Saint Paul. Their comprehensive plan has this to say about VMT trends:


Meanwhile, total Vehicle Miles Traveled (VMT) has remained flat, both in Minnesota and nationally, between 2003 and 2006 and declined 4.7% in 2007. This indicates that when considering the growth in population, VMT is actually declining.3 Additionally, in December 2007, MnDOT reduced its estimate for future VMT growth in the metropolitan area to 0.9% per year, down from an original projection of 2%.


Finally: Chuck's take on the role of projections is far more combative than mine:


I know this is difficult for many of you to get your mind around because you perceive expanding infrastructure as being a catalyst for growth, not the result of growth. And while I know I need to spend some time in a future post explaining how we transition from our current system to this new (old) approach, it all begins with that insight: infrastructure spending should never be in anticipation of growth, but only in support of places that have been successful.

One of the challenges cities are facing is understanding the spatial component of this (assuming this is peak VMT, not just another blip like 1979). If national VMT has peaked, what about MN VMT, Ramsey County VMT, St. Paul VMT, or Grand Ave VMT. Overall peak VMT does not mean that VMT isn't continuing to increase somewhere else. For example, maybe we are seeing the decline of longer-distance rural trips while urban trips continue to increase (just a thought...)?

In my experience working with a few agencies throughout the Twin Cities working on corridors where we can clearly demonstrate declining ADT over the past 10 years on a particular corridor, cities are still hesitant to assume no growth in the future because these ADT declines are often in locations that are targeted for redevelopment. For example, if we want to fill in all the surface lots downtown with 15 story office buildings, there will certainly be an increase in overall trips on the adjacent roadways. How confident are we that we can capture most or all of those new trips with non-motorized modes resulting in no increase in ADT?

Well put. That is exactly the multiple-million-dollar question.

The key is to begin factoring the changing larger context into the local decision, and to be agressive about implementing stated planning goals. Minneapolis has a pretty decent stab at this in their traffic projection chapter (linked in the above article):

"Outside of interstate projects managed at the state level, and incremental improvements associated with street reconstruction and maintenance, The City does not anticipate increasing capacity on most roads in the City to handle forecasted demand. Instead, the City’s primary focus is on improvements to the transit network, along with operational improvements to make the existing system work more efficiently. Some capacity expansions may occur, but this is not the primary strategy for addressing increased travel demand."

They leave themselves a bit of wiggle room with words like "most" and "primary focus," but I'd say our core cities should be confident that changing demand can shift to alternate modes. After all, that's been our stated goal for a long time.

I'm working on some localized VMT numbers. May offer up a post when done.

The link to Germany leads to a list of defunct manufacturers. I'm clearly missing something.

The book ends with Grover being the monster and becomes embarassed