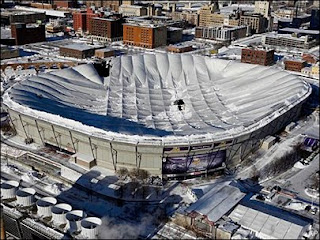 Each year when winter takes hold, sometime between Saint Crispin’s Day and Festivus my thoughts inevitably turn to darkness and negativity. This happens every year in spite of the Celexa prescription, the full spectrum sunlamp, the Glade Plugins, the ocean sounds playing on a loop in my living room, and the subscription to the Kitten-of-the-Month club. Every year, despite all intentions to stay positive, my spirits deflate like a Metrodome roof, my thoughts became critical and I ponder all the ways that my Twin Cities have been wronged through the years. I begin to spiral out of control into a deep nexus of Lost Twin Cities’ episodes, Studs Terkel books, and Rondo Days memorabilia.

But this year as I hit my urban nostalgia nadir, as my chin scraped the bottom of the sidewalk barrel, plying up the asphalt to reveal the brick paving stones beneath, I finally did something about my despair. I asked you, the good readers of Twin City Sidewalks, to write and send your ideas about the worst planning mistakes in Twin Cities’ history. And, much to my surprise, you responded in wave after wave of embittered euphoria with a veritable catalog of wrongs and mistakes made through the years, with a great and meticulous list of things that should not have happened but did anyway.

There were wonderful suggestions from all kinds of people, many of which I found to be surprising. They ranged from the Minneapolis Art Institute not being built in a central place to the existence of the Quarry in Northeast Minneapolis to that semi-useless bicycle bridge between Franklin and Lyndale to Block E (ugh!) to the 40mph 35-E parkway in St Paul to our now-notoriously anti-triumphal Mall of America Field at Hubert H. Humphrey Metrodome.*

And, using this list as a guide, my comrade-in-urban-blogging Alex Bauman and myself gathered together one winter night at "the best remnant of the 40s," the SPMC on University and Snelling, and narrowed the nominations down to a “top ten list” of blunders. 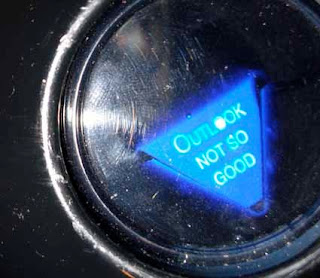 ["Oh Magic 8 Ball. Will Block E ever be even slightly cool?"]
Of course we proceeded scientifically, following the best practices of top-ten planning determination procedures. We conducted a thorough reductions analysis using a full accounting of existing conditions. Then, employing asset-driven outcome-based opportunity and constraints study inventory charts, we ran the list through a stochastic aerial projectile-derived cartographic representation selection process (which I won by a score of 140 to 75). Finally, we utilized a repeating aleatory six-sided probability model over a directed qualitative libation focus group discussion.

In the end, our scientific implementation phase rendered complete results that appeared to represent the best interests of all the project stakeholders. We found there were two main questions: How stupid was the decision? And secondly, How detrimental was the decision? I.e. some of our planning mistakes might have been, in retrospect, monumentally dumb. But while dumb, they might have also had, in retrospect, a silver lining that had good outcomes, or alternatively had not had severe impacts that proved to be overly destructive to the Twin Cities urban fabric as a whole.

So, placing our candidates into a carefully weighted calculation matrix that balanced two vital concerns, we formed a summarily prioritized list of what is, without doubt, the definitive subjective representation of the Twin Cities Top 10 Planning Blunders.

In one way, I feel bad having created this top 10 list. Poor city planners have enough problems in this day and age. They don't need to receive continual criticism from the very people (planning geeks like myself) who should be supporting them, understanding them, and even loving them in a non-physical admiring-from-afar kind of way.

On the other hand, some of this stuff was really really dumb. These are things were probably dumb even when they seemed like great ideas at the time, but have only become dumber and dumber as the years have gone by, festering on the urban landscape like a Franklin Avenue pothole. And so, beginning tomorrow, we will bring you #10... 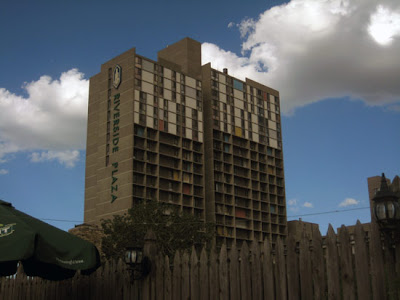 [Surprisingly, Riverside Plaza is NOT one of the Twin Cities' Top 10 Planning Blunders of All Time.]

*Still not as bad as the Louisiana Superdome.
Posted by Bill Lindeke at 3:49 PM

This is such a great idea, i want more!