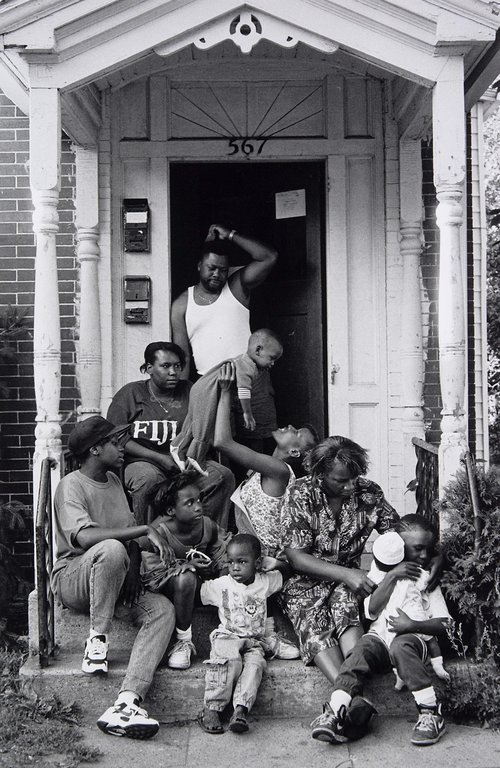 Earlier this week, I argued about the important difference between public and private interactions, about how public space is useful precisely because it allows you to learn and encounter many different people WITHOUT learning private details about their lives.

Rather, in public space, on streets, sidewalks, and parks, in checkout lines for grocery stores, buses and at coffee shops, you get to watch, eavesdrop, talk about the weather, and all kinds of small interactions that are important for building loose ties in a community or neighborhood. These kinds of loose ties and causal interactions are what public space and public life is all about.

Well, this is exactly the territory within which local photographer and public artist Wing Young Huie has been making his mark for over a decade. Huie is best known for taking pictures of people on the street and in public spaces (like laundromats), beautiful photos that reveal how people present themselves in public space.

But, more than that, Huie's photographs allow you to do what you cannot do in real life (without seriously creeping people out)....

You can linger, stare and examine all the small details of all the different people that share space in different neighborhoods in the Twin Cities. Instead of just brushing shoulder with someone on the street, you are invited into their homes. The private details of the moment tell small stories, connecting the many public presentations of people in Frogtown or on Lake Street into a far richer relationship. Especially around issues of race and perception, Huie's work works to dispel and foster stereotypes, taking up the challenge of the subtleties of how race works in the Twin Cities. 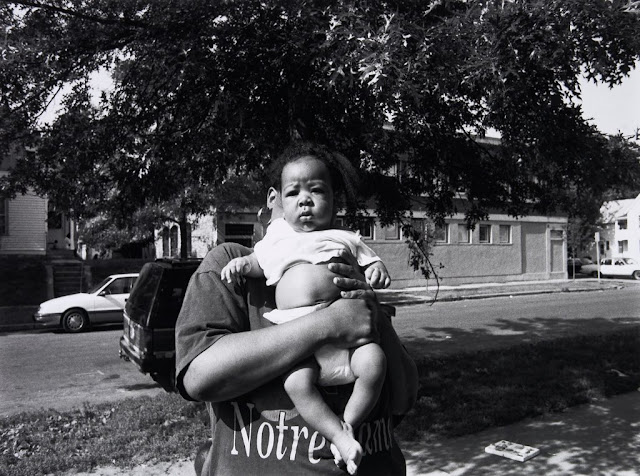 [Unlike real life, you can stop and stare at the people in your neighborhood with the help of Hiue's photos.] 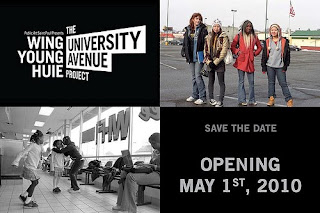 On top of that, Huie typically displays his photos in public space, near the places where he took the pictures, in vacant lots in neighborhoods, and along business windows.

His latest project is going on right now on University Avenue, and you can either travel along the street, or stop by the vacant lot near the Town House on University, where Huie is displaying all his photographs on a set of large screens.

In contrast to his earlier efforts, Huie's latest project doesn't always let the photos speak for themselves. As part of the University Avenue project, he's added small statements scrawled on a chalkboard, answers to the following questions that he asked his street-side strangers:


What are you?
Describe your life in one word or sentence.
What advice would you give a stranger?
What is your favorite word?
How do you think others see you? What don’t they see?
How has race affected you?
Describe an incident that changed you.
What are hopes and fears of someone your age?


These questions, and Huie's photographs, directly take up the questions of how strangers perceive each other in public space. By doing that, Huie's work fills the gap between public and private space. Hopefully, these photos can begin to think about the Twin Cities' great unspoken conversation: how neatly race divides and segregates us. If you're going down University, take a moment to check out his pictures.

Pretty helpful data, lots of thanks for your post.