Bike Boulevards are for Mothers 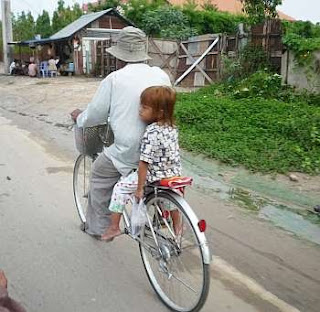 Reacting to a Joe Soucheray column makes me feel a little uncomfortable. It's like that awkward feeling you get when you're talking to someone with a crippling disease. You feel guilty and reckless at the same time. Blogging about Soucheray is like shooting a guy who is shooting fish in a barrel.

But his latest column was so asinine, so idiotic, so tragically out of touch that I cannot resist the temptation. Short of lashing myself to the mast, harpooning my router, and filling my eyes with wax, there's no way to avoid the temptation of Soucheray's stupidity. 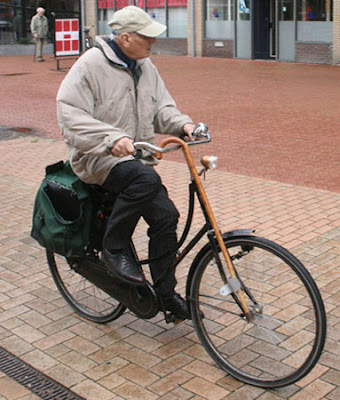 [Old people should feel comfortable biking around Saint Paul.]
Monday's column was about the recently approved Highland Park bicycle boulevard project, which Joe thinks is a terrible waste of money. Bicycle boulevards, he argues, are for:

Hypocrites who have a car or two in the driveway at home will now put on the Italian racing suits with jerseys that look like the labels on olive jars and turn Jefferson into a slogfest of starts, stops, bump-outs, speed humps and something at Jefferson and Cleveland called a pedestrian refuge, where, if you are a pedestrian, it sounds like you are stranded or given some sort of green card status until you can be rescued and brought safely to one side of Cleveland or the other.

I really have no comment about that. Soucheray makes his living off of personifying all the car-dependent 50's male stereotypes he can lay his fat fingers on. So, this is right up there with the notorious GW Bush ad about the New York Times-reading liberuls from Vermont. 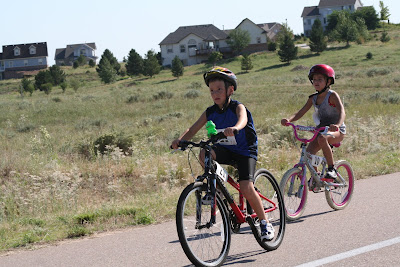 [Kids should be safe when they bike around their Saint Paul neighborhoods.]
But, where the column goes tragically wrong is when he enrolls the help of a Mrs Kelly, mother of 5, who will be brutalized by the bicycle boulevarding of her street.

In any event, Kelly had her eyes opened to the project around Christmas. She was trying to get some of the brood to Nativity for a Scouting meeting. There was some event at church, and the traffic was all gummed up around Prior and Jefferson. Kelly discovered that the slowdown was caused by a bicyclist. She saw his small twinkling light as he struggled through the slush.

"There was a time when you saw the poor bloke,'' Kelly said, "and you thought maybe one too many DWIs or that he had fallen on hard times, but not anymore. Basically, what you have now is somebody exercising their moral superiority.''

Kelly, as a stay-at-home mom, is a credible source of moral superiority. She is not at all opposed to bicycling. She and her kids ride bicycles, for fun. What concerned Kelly was what was going to happen to her neighborhood.

It's not as if Soucheary doesn't have an inkling of a point. Currently, bicycle culture is a little bit intimidating. It's dominated by a few groups of people -- the spandex crowd, the daredevil messengers, the impossibly hip -- and its true that there is an 'us v. them' divide bewteen cyclists and the "garage logic" audience.

But there are two things points that are screamingly obvious when you think about this column for even the splittest of seconds. First, and most obviously, cyclists have a right to safely use the road. Bicycling in the winter is not akin to "moral superiority". It's actually a valid mode of moving from place to place. And cyclists at all times of the year should be allowed to use the street with dignity. 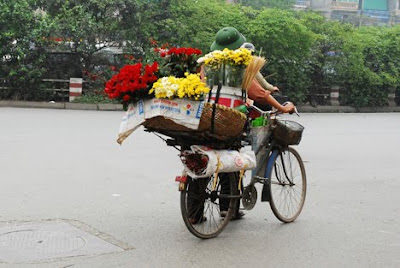 [People carrying fragile things should be allowed to bike safely through Saint Paul.]
But second, and more importantly, bicycle boulevards are designed precisely for mothers who have children. Apparently, Mrs. Kelly "and her kids ride bicycles, for fun".

Unfortunately, the Twin Cities bike system as it is currently arranged makes it uncomfortable for anyone who isn't a little bit brave. And that's why most cyclists in the Twin Cities are either young, risktaking, poor, or committed environmentalists. The crappy bike lanes and generally uncertain conditions make it very unlikely that parents, kids, or older people would risk biking anywhere on any of the main streets.

And its exactly for this reason that we need bicycle boulevards, places where people on bikes can truly feel safe. Places where they have the right of way on streets that are designed for safe and and secure biking for people of all ages, skill levels, and cycling types. Building a good network of bicycle boulevards is the first step in getting many more different kinds of people out bicycling around the Twin Cities, and will be crucial for increasing the diversity and raw numbers of people enjoying exercise, their neighborhoods, and the out-of-doors on their bicycles.

Someday I'd like to see Mrs. Kelly and her 5 kids cycling around Saint Paul and waving at an angry Joe Soucheray, stuck sitting in traffic, listening to himself rant about potholes and the price of gas on the radio. 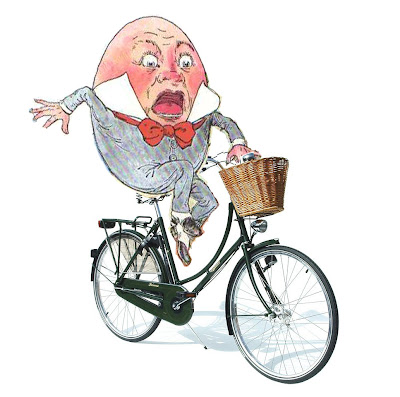 [I want to live in a world where even precarious eggs can bike safely around the city, without fear of getting hit by Joe Soucheray's SUV.]
Bonus:

"Hey, what's with these bikers on Summit?''

"They are still out there,'' I replied.

"Well, if they fall down in front of me, I will run over them in their snowmobile suits and squash them like a bug.''

Joe Soucheray just doesn't want anything to change because everything is perfect. Sadly, this is a prevalent attitude in the Twin Cities. (See "Corridor lawsuits, Central") Highland Park is especially change averse, whether it's better cycling facilities or—gasp—a median on Snelling which might force people to, say, drive the speed limit. Aversion to change rarely makes for good policy.

Must be a St. Paul thing. Never had that problem 20 years ago growing up in Minneapolis. 'Course, Minneapolis has had the parkway system trails for decades now...

These is good seeing those sidewalks made specially for people who ride bicycles, that's perfect I wan to find something like that in my city.