Can We Not with the "Most Livable City" Thing? 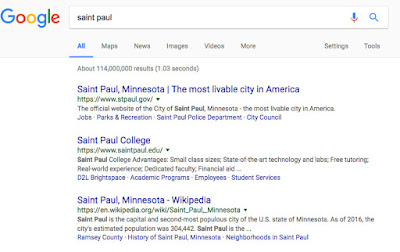 When you Google "Saint Paul", the results are clear. Immediately after the name, you see the tagline: "Most livable city in America."

Now, first understand that "official" city mottos are uniquely bad, almost universally so. Minneapolis' "City of Lakes" is about as good as it gets, and things go downhill fast.

So "Most livable city in America" isn't the worst motto in the world.

But it's still bad. I want to focus specifically here on the word "livable", and what it might mean, deep down inside. 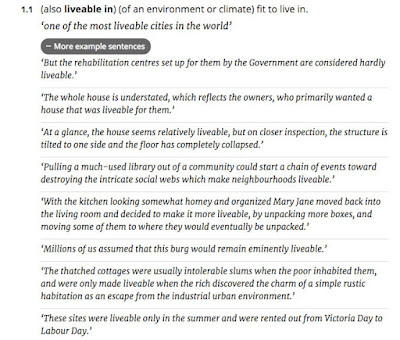 Technically "livable" means "fit to live in," but in practice it's more complicated than that.  The Oxford Dictionary lists a few examples of "livable" in context, and you quickly get a sense for how it's used in language.

In practice, the connotations of the word "livable" suggest domesticity, balance, and peace. There is a vague sense of scale, of a rejection of extremes.

Sounds good, but the latent meaning underneath worries me. I read the term "livable" as evolving directly out urban reactionary thinking. Take for example 19th century German social theorist Fredreich's Tönnies' concept of "gemeinschaft", meaning a rural sense of "community." That's a big part of what "livable" means to people, a sense of pastoral social connection that is contrasted against the autonomous anonymous atomization (Tönnies' contrasting concept of "gesellschaft") that comes from modern 19th c. urban life.

From a more contemporary perspective, "livable" is a term that fits right into the anti-urban narratives that were ascendant during post-war America, when so many government policies and cultural touchstones were predicated on a rejection of the old city. Drawing on these kinds of frameworks, suburbanization was tied directly to a latent denouncement of urban life, a turning away from the dirty cities with all their crowds, density and crime.

[A great example of one of these post-war "livability" narratives.]

By contrast, suburbs and small towns were "livable," places "fit" for women and families. Livable places where those where the nuclear family could exist in unthreatened peace, free from immorality in the best and worst senses of the term. (E.g. everything from gambling to booze to miscegenation and racism.) 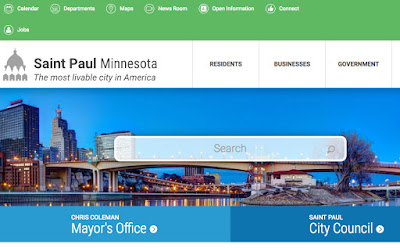 In that sense, a "livable city" is something of an oxymoron.

(How can a city be livable? Robert Moses shudders at the very idea!)

To be a "livable city" means that you have crafted a balance between urban anonymity and the rural kinship. Again, it sounds good, but this is also the very definition and paradox of suburbia itself! In the end, the term "livable city" is basically a more sophisticated way of capturing the tension between the urban and rural that is synonymous with 20th century suburbia, a theoretical combination of "the best of both worlds" that in practice often has fatal social, economic, and environmental flaws.

This tension is probably one reason why the term "livable" is so confusing. For example, in Saint Paul itself (aka. American's most livable city™), the word "livable" appears in deeply contrasting ways. Witness last night's meeting on the future Ford site, where there were two "livable" groups.

On one hand, you had there the erstwhile transit advocacy organization, Transit for Livable Communities, where "livable" is taken to mean transit-friendly, healthy, and/or environmentally sustainable.

Meanwhile, the grassroots NIMBY organization "Neighbors for Livable Saint Paul" wield the term "livable" to mean just the opposite.

For yet others that I have spoken to, "livable" is literally synonymous with "free parking." For others, it means a living wage and affordable housing. And personally, I would prefer if Saint Paul was the "most walkable city in America." Much of what I consider "livability" begins on the sidewalk.

In one sense, I suppose it's fine to have a city tied to a vague signifier like "livable."  Like the terms "community" or "freedom," it means everything and nothing at the same time, and is thus mostly harmless.

In another sense, however, I'd would prefer if Saint Paul had more meaningful sense of itself, a clearer sense of its values. I worry that the vaguely anti-urban connotations of the term "livable city" is too conservative, in the "looking backward" sense of the term conservative. In the end, "America's Most Livable City™" is too much of a Normal Rockwell Hallmark Card for me.

But that's not even the real problem...

[When people see the slogan on the front page, maybe this is how they read it.] 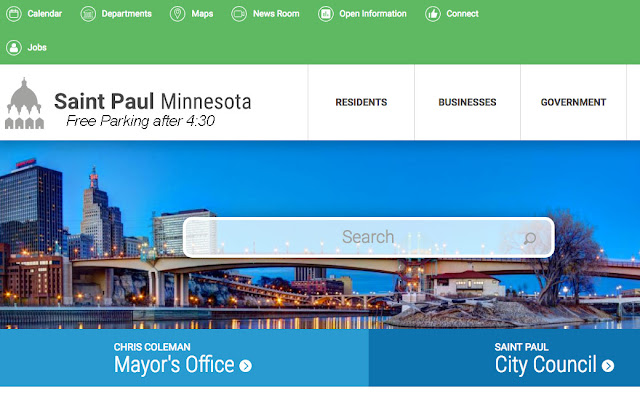 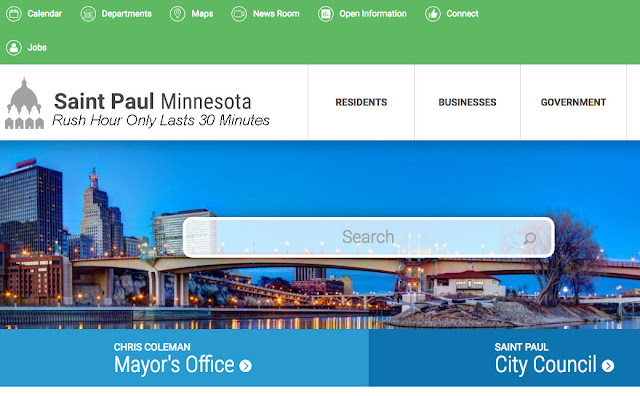 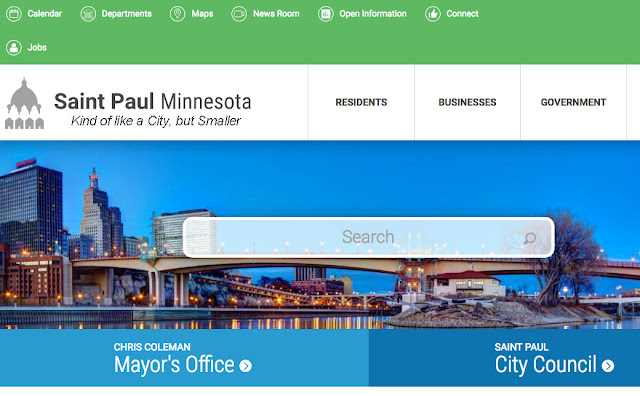 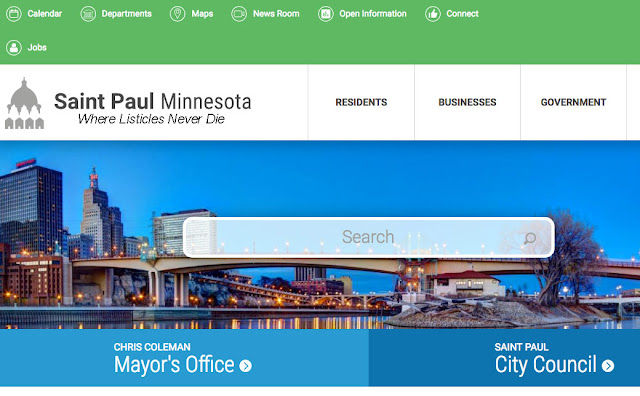 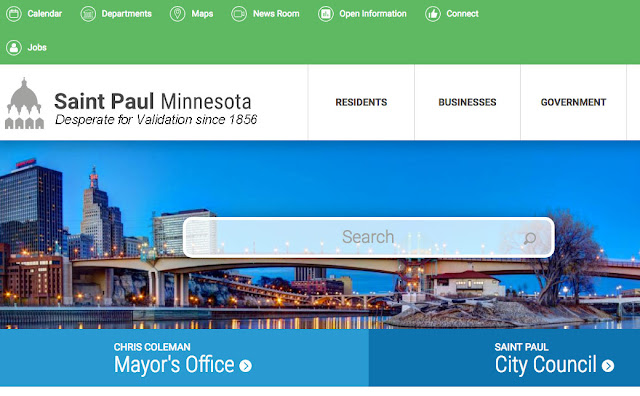 No, the main problem with Saint Paul's motto is that it screams of podunk provincialism.

Declaring oneself "most livable city in America" at every opportunity because once someone somewhere named it that on a listicle, is basically admitting that the city of Saint Paul is not a major player in US affairs. It's like saying we're a city in desperate need of validation.

In other words, Saint Paul should follow the first rule of good writing: "show, don't tell." It's great for a think tank or cloying magazine to name you "America's Most Livable City™",  but if you put it in big letters on your homepage for the next ten years, that's a cry for help. It's almost as bad as declaring yourself a "city on the move."

Putting "Most Livable City in America™" on the homepage suggests that Saint Paul is so desperate for attention that it's clinging to a decade-old city ranking like Al Bundy to his high school football career or Minneapolis to its Mary Tyler Moore statue.  In other words, America's most livable city shouldn't have to say so. People should just know about it, feel it, and experience it.

In conclusion, here are some other "most livable cities in America." This is an incomplete list. 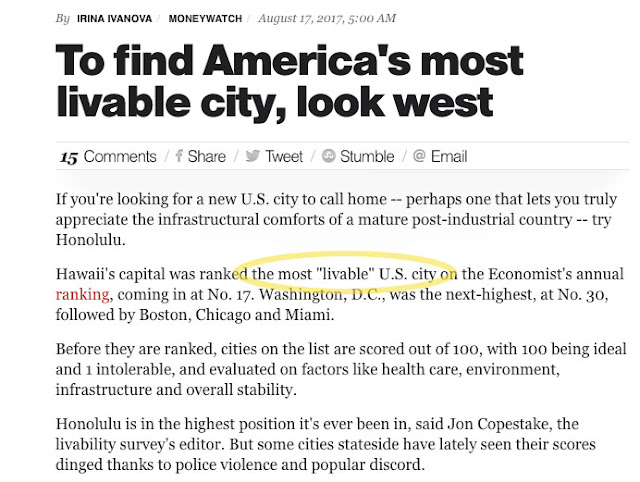 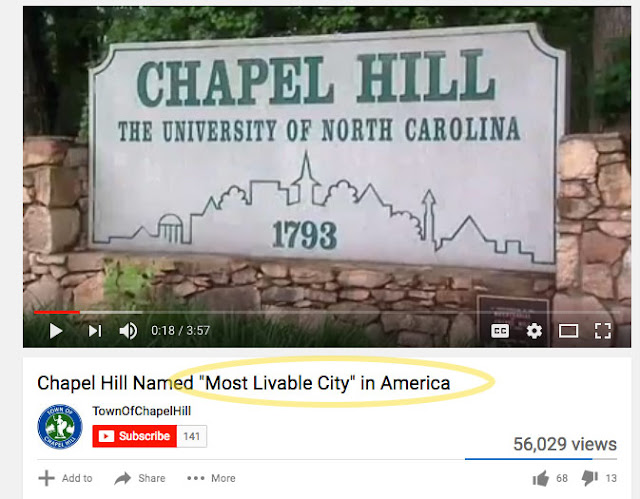 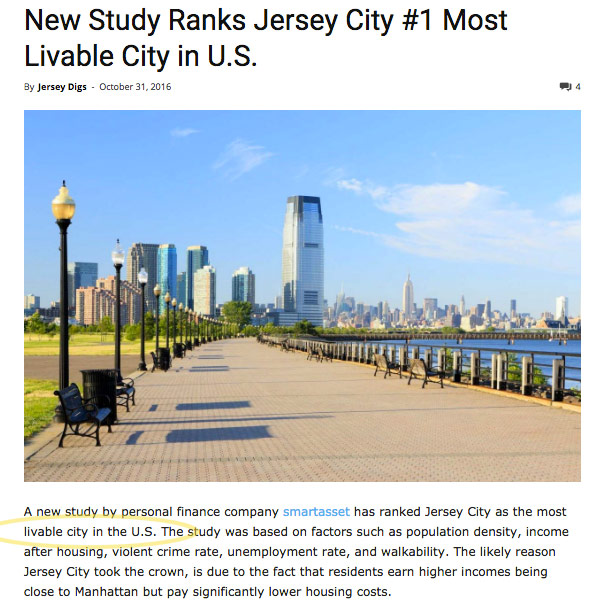 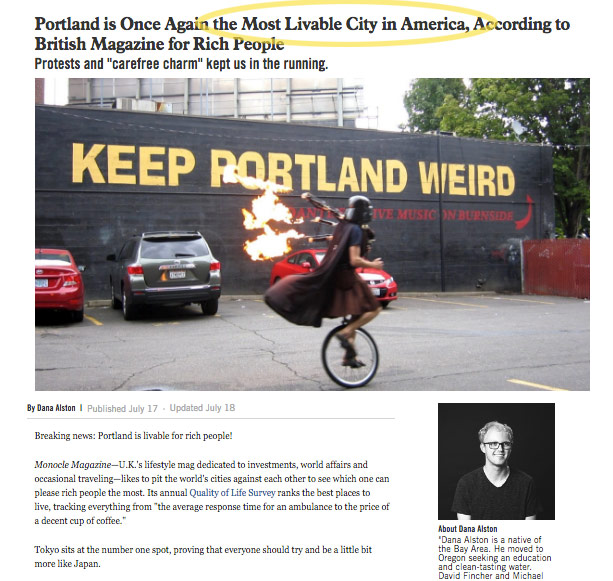 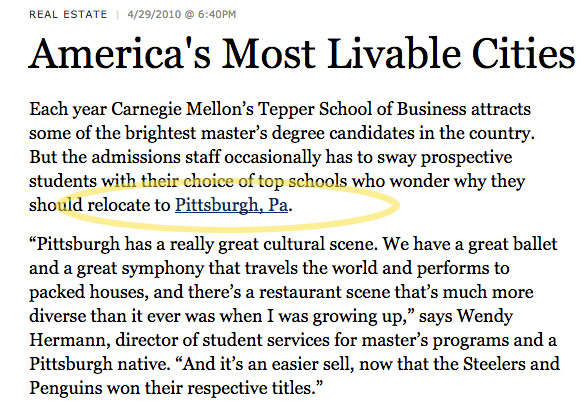 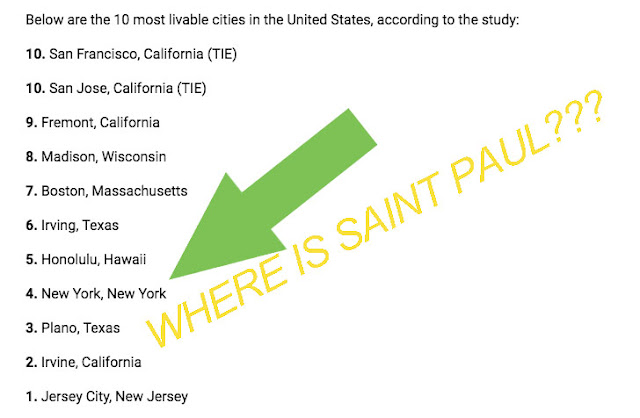 I really enjoyed very much with this article here. Really it is an amazing article I had ever read. I hope it will help a lot for all. Thank you so much for this amazing posts and please keep update like this excellent article.thank you for sharing such a great blog with us.

It's a magnificent blog and it was very informative while reading. I look forward to reading more of your blogs. Checkout here more info about best cities to live in america