After over two years and over 150 (!) columns, I’m moving on from my weekly Cityscape column at Minnpost. The grant funding for the column finally ran out. (Actually, that happened a while ago, and Minnpost generously funded it for an extra year.) I’ll still be writing longer pieces for Minnpost once in a while, but not on a weekly basis.

So it seems like a good time to pause and look at what my goals were, and what happened as I groped with the challenge of producing a weekly quasi-journalistic column along broad “urban” themes. For one thing, I should mention that I had complete license to write anything I wanted for the Cityscape columns, with only the vague Cityscape description to guide me. To be honest, it was too broad for my taste. So when I began writing the column back in 2014, I jotted down a guide for myself.

As my notes brainstormed their way across my mental horizon, the results transformed into a sort of compass [pictured] that I used for a time to guide the column through the weekly news cycle. One of my goals with my writing is to use complementary and contrasting kinds of stories to illuminate an place or problem. Sometimes you want to tell positive stories, for example; at other times you want to be more critical. Sometimes personal, sometimes empirical, etc.

In the end, I don’t know how successful I was at striking a balance between things like “built environment” or “equity issues”, but I am proud of how it turned out. There were a whole bunch of very successful stories, ones that I look back on and, to me, they just glow. Others were much less effective. That's the way it goes.

In fact, what worked and what didn't seemed a bit unpredictable. Judging strictly from readership and popularity, the most successful Cityscape columns cut across a broad mix of topics, including skate parks, snakes, bad neighborhood Facebook groups, pink flamingo parties, the water bar (!), historic preservation issues, bike issues (OMG BIKES), and public safety in general. (That’s kind of a lot of different things!)

The ones that stick out in my mind as being my personal favorites were the pigeon one, the predatory lending sign one, the street harassment one, the shortcut one, the “libertarian alley” one, the “view” one, the bars without TVs one, the weird parks one, the fallout shelter one, the "numerological twilight zone" one, and the one about the lost dog signs.

(Also, I really love the wonky pieces, i.e. the LOS one, the concrete mix one, the FAR one, the detour planning one, or the curb radii one. I mean, where else will you read about porkchop islands?)

Anyway, writing the column was really fun and challenging. I'm glad to have had the experience. Having ideas has never been a problem for me, but finding the time and energy to transform those ideas into a 1,400-word story was often arduous, increasingly so. I’m looking forward to moving onto other writing projects in 2017.

In the meantime, here is my list of Cityscape ideas that never became reality. Much like my mythical “Marlys Harris notebook” from back in 2013, here are:

19 Cityscape Columns We’ll Never Get To Read
And with that, so long, Cityscape! It was a total blast. 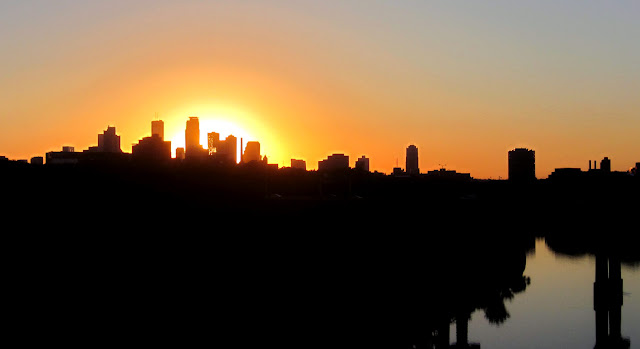 How much would it cost to commission the MOA column as a one-off?

Bummer. I enjoyed reading you and Andy at Minn Post.

We were the Charles Grodin and Robert DeNiro of MinnPost for two glorious years.