Vehicular Violence and the War on Buildings 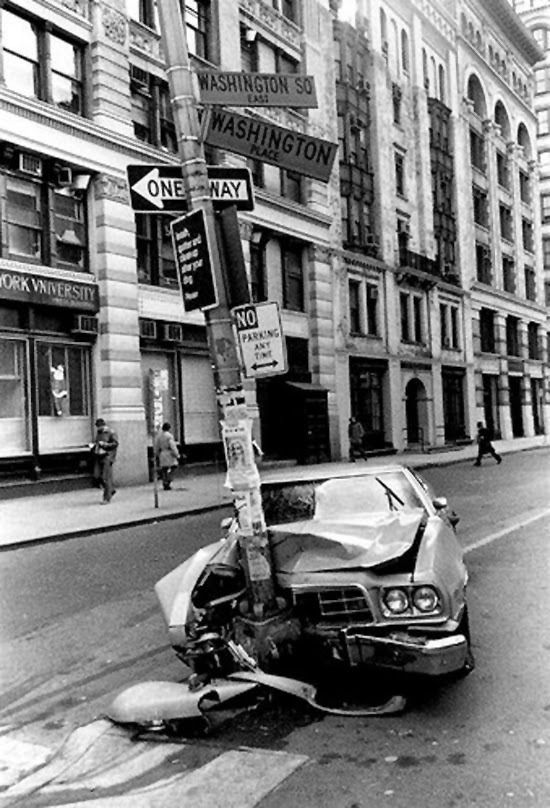 This weekend, yet another car plowed into yet another historic building in Saint Paul when a drunk driver ran a red light, collided with another car, and was launched into the front of the Green Mill restaurant on the corner of Grand and Hamline.* A day after the crash the car’s bumper and license plate were still inside the building.

For every car slamming into another Saint Paul business, how many sidewalk cafés go missing?

[Just the most recent bits of automobile erosion.]

Discussing urban design, it's easy to understate the effect our automobile-dominated street design has on the quality of life in our cities. Cars are such a ubiquitous presence. Even as I type this now, my apartment window is open for the first time in half a year, and the early spring sounds of morning birds mix with the faint hum of car tires from of a nearby freeway, and the high periodic whine of cars speeding down George Street. We’re taught from an early age to be wary of streets, and speeding cars have been eroding piece of mind for so long that we forget what we're missing.

In an odd way, then, it’s easy to dwell on the ineffable and forget that cars also literally do violence to our cities. The signs are all around us, as Joe Scott’s bittersweet revenge walk reveals: scars on trees or a new facade. 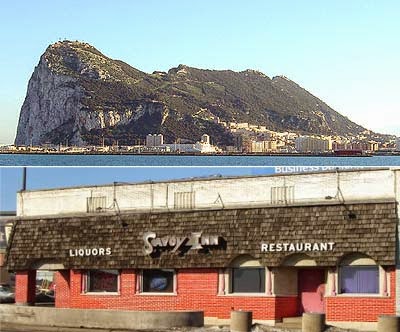 In Saint Paul, Red’s Savoy Inn offers the extreme case. Red’s Savoy is an old school italian bar and restaurant, chock full of character. It’s also an island in sea of freeway interchanges, nearly the last remnant of an old industrial neighborhood that was folded into the old rail yards that used to dominate the east end of downtown Saint Paul.

During the 1960s, almost all of the neighborhood was torn down as three freeways were rammed through the neighborhood (Interstate 35E, 94, and US Highway 52 all come together here). As locals are fond of pointing out, because of one badly designed on-ramp, so many cars have gone through the front of the building that they built a permanent concrete barrier on the sidewalk.

That Red’s Savoy is still standing is a testament to resilience, not just to the economic tides, but to the literal violence of cars smashing upon its bricks like waves. Saint Paul’s Gibraltar. 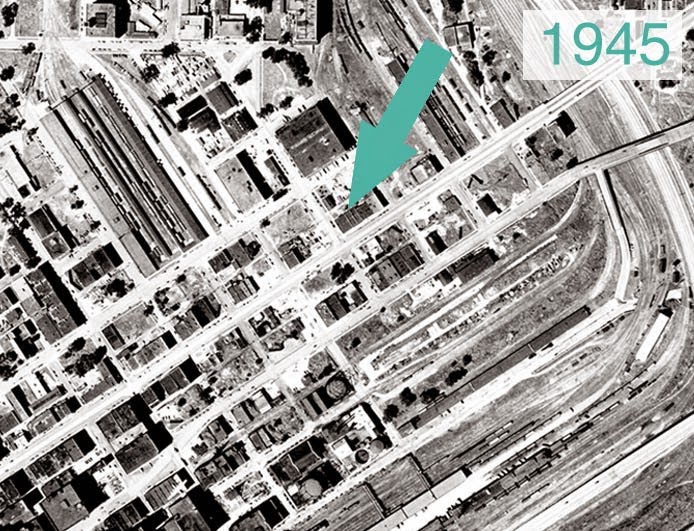 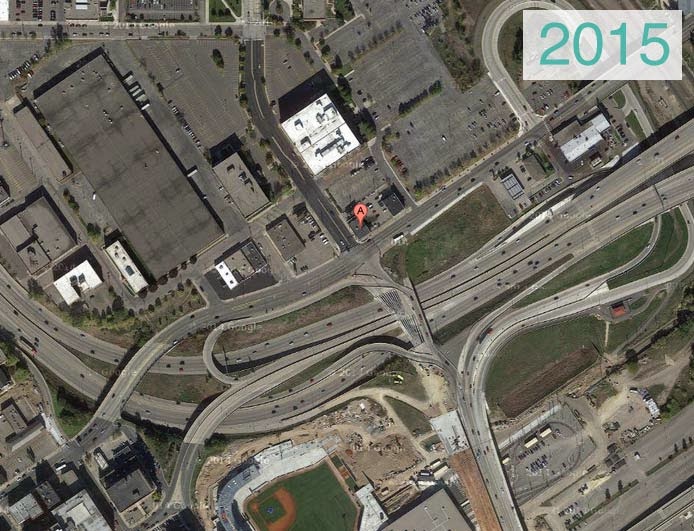 * Not coincidentally, the corner of Grand and Hamline is the site of the tragic killing of Cleo Thiberge, a young exchange student who was walking down the street on her first day in Saint Paul. Thiberge had the right-of-way in the crosswalk.
Posted by Bill Lindeke at 7:47 AM

Red's Savoy is probably in a safer situation now that the northbound traffic from US-52 is redirected in a looping path underneath I-94. Now traffic gets spit into the Downtowner Car Wash.