The Miserable Moments of Bicycling 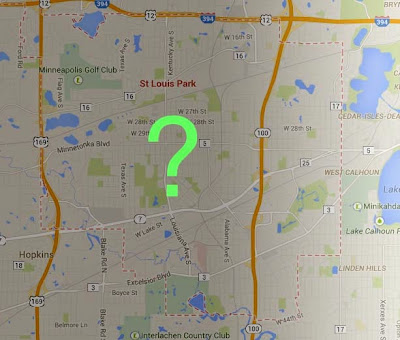 In the fall of 2012, a friend of mine invited me to his house to watch the World Series. He was a die hard Detroit Tigers fan, and the Tigers had finally made it to the October Classic. The Tiger's ace, Justin Verlander, was starting on the mound for the Tigers against the San Francisco Giants' lowly Barry. It was a tremendous mismatch, and my friend was really excited. Despite the oncoming late-fall chill, I was really looking forward to spending time with a fellow baseball fan.

The only catch? My friend lived in Saint Louis Park, a Minneapolis suburb, and I wasn’t quite sure how to get there on my bicycle. When you get around a place like the Twin Cities without a car, you have to bring with you a bag of tricks. Bicycling is the best way, as long as the weather isn’t too dangerous and you don’t have to ride far into the auto centric suburbs. The bus works well for certain trips, and offers very poor service for others. The most expensive option is to rent a car using my car sharing membership, or borrowing a car from someone, which involves some of what Hardt and Negri (2000) might call affective labor. I was at an impasse, but after I looked up the exact address of my friends’ house, I discovered he lived just only a block or so away from one of the Twin Cities’ best suburban bike trails - the Cedar Lake Trail. So I decided to brace the impending rain and nightfall and ride my bike to the burbs.

Having ridden bicycles around Saint Paul and Minneapolis for almost a decade, you’d think that I would have better known my way around the city’s bike trail system. But, particularly when you’re going someplace new, any bike journey can quickly turn into an epic adventure. Somehow when navigating Minneapolis’ suburban off-street bike trails, I took a wrong turn and would up on the wrong path and searching for the an address I’d scrawled in my notebook, found myself in the wrong separate suburb of Hopkins before turning around. (This was before I upgraded to a smart phone.) The sun set and I was riding my bike in the suburbs, in the rain, lost at night: a trifecta of gloom. Somehow I got it into my head that my friend still lived nearby, perhaps on the other side of the nearby freeway. So I wound up crossing a series of busy on-ramps in the dark in the rain, going down the wrong cul-de-sac, completely lost.

By my soggy revoking, it was around the 4th or 5th inning that I gave up. I found my way carefully back to the bike path, going slow down the narrow suburban sidewalks as car headlights sped relentlessly around me. Cold and miserable, I eventually bike the five miles back to Uptown where I found the nearest tolerable bar and watched the Tigers lose to the upstart Giants. It took over an hour, but I took the bus home.

The point of the story is that, even for experienced bicyclists, sometimes riding a bike in the city can be a miserable affair. It’s easy to sugarcoat bicycling, to pretend that even in the wintertime, riding a bike in the city is invigorating and fun. It’s tempting to focus on the positive parts of bicycling because, taken as a whole, bicycling is a great experience and most people that I know who ride regularly would never trade their bikes for the drudgery of driving. But the truth remains that bicycling can be miserable from time to time. And when I'm honest with myself, I also remember those moments.
Posted by Bill Lindeke at 9:09 AM

Get a smartphone with gps. I never get lost.

@Anonymous: read the article and never have to post again.