Sidewalk Art Review: "The Talent Show" at The Walker 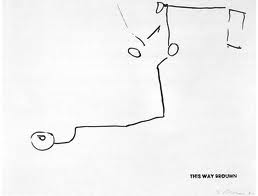 Don’t get me wrong. I’m a huge fan the classics of sidewalk art. I love my Whistler, my Manet, my Hopper, my Di Chirico, and even my occasional Mondrian. But, if you ask me, sidewalk art got a lot more interesting after about 1960. Perhaps the most famous examples are the Situationists, a radical group of Parisians who took art to the streets in a whole new way in the 60s, creating maps and games and tags on the streets. This side of the Atlantic, the Fluxus group did a lot of really great stuff that intervened in and interrogated everyday life. (In fact, you can see some of the Fluxus boxes at the Walker right now in the concurrent 1964 show.).

Things really started going after that. Right now at The Walker, as part of their exhibit, The Talent Show, you will find a bunch of hidden treasures of sidewalk art. I was happily surprised by the show, which is kind of a ‘best of’ exhibit featuring a bunch of interactive art since about 1960. This is the kind of stuff where the artist interacts with their audience, plays with the relationship between art and happenstance, improvisatory works that require quick reflexes and a healthy sense of ironic fun. As the Walker describes it,

“The Talent Show looks at art since the 1960s that coerces people to put themselves on view, exploring the range of complicated relationships that have emerged over the past four decades between artists, audiences, and participants.”

And its no surprise, then, that the street becomes one of the best stages for this kind of artistic play. When you wander through the show, you’ll eventually find yourself in what I like to call the Sidewalk Room. Here’s what you’ll find.

This one’s my favorite. It’s “The Girl Chewing Gum”, a 1976 work by an (incredibly boringly named) British video artist named John Smith. Just watch it for a few minutes. I think it speaks for itself. (It’s a bit like when I get my cat to “obey me” by telling her to “sleep all day and lick her butt once in a while”.)

[Sorry about the ad, however it’s the best copy I found online.]

There’s also a bit of fun sidewalk play in involving hand-drawn street maps by the intriguingly avant-garde Dutch artist Stanley Brouwn, who seemingly made his living playing with people’s street movements. On display are two of his 1964 ‘maps’, where he asked strangers on the street to draw him maps to random destinations, and them stamped them with the simple message “This Way Brouwn.” At least in the world of urban planning and cognitive mapping, his efforts are pretty ahead of their time. [One of the Brouwn maps is pictured at top of this article.]

There is also an interesting example of the artistic possibilities of sidewalk detritus by the French artist Sophie Calle. She finds a man’s address book laying on the sidewalk next to a lamppost, and proceeds to try to ‘get to know’ the man without his knowledge by calling up all of his acquaintances in the book, one by one, and asking them about him. She proceeds as kind of a detective stalker journalist, documenting day by day her efforts in a Parisian art magazine. (Of course, it’s decidedly less creepy than my favorite sidewalk stalker artist, Vito Acconci’s hilarious Following Piece.) I was surprised by how touching I found her results, a lovingly detailed list of characteristics describing the book’s owner. 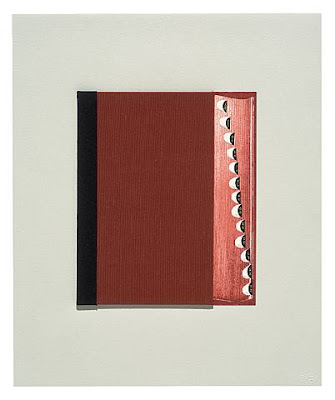 [The address book found on the sidewalk, and mined for its contents.]

Finally, right at the beginning of the exhibit, I found myself strangely moved by the photos of Japanese artist, Shizuka Yokomizo. In her series called “Stranger” (1998-2000), she left anonymous notes at people’s homes requesting them to, if they felt inclined, stand in front of their window for 10 minutes at an appointed time, and she would take their picture from the sidewalk outside. Ostensibly voyeuristic, the photos actually feel strangely intimate. They take the normal (necessarily exploitative) relationship between a photographer and her subject, and strip away every kind of personal relationship. The results capture an intense kind of loneliness that seems perfect for the empty homes of modern suburbia.

So, if you find yourself walking past the Walker, walk in the door and walk to the sidewalk room: you can call it The Walker walking walk. (wakka wakka!) --- [snip] 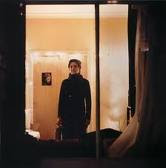 [Two of Yokomizo's anonymous interactions between artist and subject.]

P.S. The rest of the show is good fun too.

I liked the John Smith video more than I expected - and I expected to like it. It starts with a gag, and it's a funny gag, but I was afraid it would get old; it doesn't, as it deepens the joke and then goes in unexpected directions. Good work. Good find.

Excuse I can't see the views, it gets stuck as soon as I press play!

i have seen first time this but its nice :)