What Would the Rent Control Policy Do to Saint Paul Taxes?

A lot of people care about taxes, and in Saint Paul the increases have been significant lately.

For some context, the property tax is not the greatest tax in the world -- it's less regressive here in than most other places because of the state's Property Tax Refund. (Renters can qualify for this too, but there are a lot of hoops through which they must jump. I am guessing that most renters who qualify do not receive the tax break.)

What I mean is that the property tax is not great, especially when compared to the income tax. That's why, historically, Minnesota has relied on one of the strongest anti-property-tax policies in the country: the local government aid (LGA) funding system. The problem is that LGA money, state aid to cities meant to keep property taxes lower, has has been eroded by years of Minnesota Republicans having their way. (I know this because I used to write a lot about it when Tim Pawlenty was governor.)

The problem is that, other than fees, property taxes are the only real way Minnesota cities can pay for anything. Especially in an era where LGA is scarce, property taxes are what Saint Paul relies on to fund things like libraries, road maintenance, equity programs, and just about everything else. If Saint Paul wants to be able to afford these things, it must either raise property taxes or grow the tax base.

So that's the challenge: how does the rent control proposal affect this situation?

Tax Base Impact via Rental and SFH Values

If you talk to landlords, they'll tell you that the value of their apartment properties will drop if the rent control policy is approved.

For the purposes of this exercise, I guess I don't care that much about this issue. Relative decline in value for apartments is not a problem until maintenance goes down and the housing becomes poor. Theoretically, the city's Department of Safety and Inspections is on top of that.

I'm not really worried about this for tax base purposes because I also think that, if rent control passes, owner-occupied housing values will continue their rapid increase as higher-end apartments become scarce. On the one hand, this will put home ownership farther out of reach for working class and BIPOC people, but on the other hand, it'll help the tax base.

Basically, I think that those two factors will roughly cancel each other out, though it will be a shift of the property tax burden on to single-family homeowners.

Tax Base Impact via New Construction

As I wrote in my original long blogpost on the rent control proposal:

This all gets back to what the goal is: do you want to “stabilize” rents and make them more predictable for vulnerable renters? Or do you want to “control” the (entire?) rental housing market and use city ordinance to set prices for apartments?

This distinction becomes especially important as it applies to the effects on the housing supply. As written, the HENS plan would stop new market-rate housing construction in Saint Paul. Even coming from a pro-rent-control perspective this seems like a bad thing. This is why I hate the fact that the HENS policy pits helping renters against building housing, because I think both of these things are very important.

I think STP is on track to add at least (!) 2,000 new homes per year for the next 5 years. I’d like to see that number higher, but that’s a good ballpark. Not all of these new apartments will be unsubsidized and on the tax rolls (i.e. not in a TIF district LINK), but a good percentage of them will be. I would hope that number was around 2/3.

Because of the way it's written, the HENS rent control policy will stop a large portion of this housing from being built in Saint Paul, at least half and probably more.

What does that mean for the tax base?

To make it easy, let’s say that the rent control policy stops 1,000 homes each year from being built in Saint Paul. I think that’s a realistic and conservative scenario. That's a huge difference in the city and county tax base. I dug into the numbers, and it usually takes a few years for the property (and taxable) values of a new apartment building to kick in. Sometimes it's right away, other times it's spread out over a few years. But once it does once it does, those new buildings pay huge amounts of property tax year after year.

For example, here are five existing unsubsidized multi-family buildings across a range of places and times, along with their property tax revenues. I tried to choose a mix of places, but to be honest, there aren't that many examples of few-year-old housing complexes in the city!

I also compared each building with a nearby undeveloped property of a similar size. 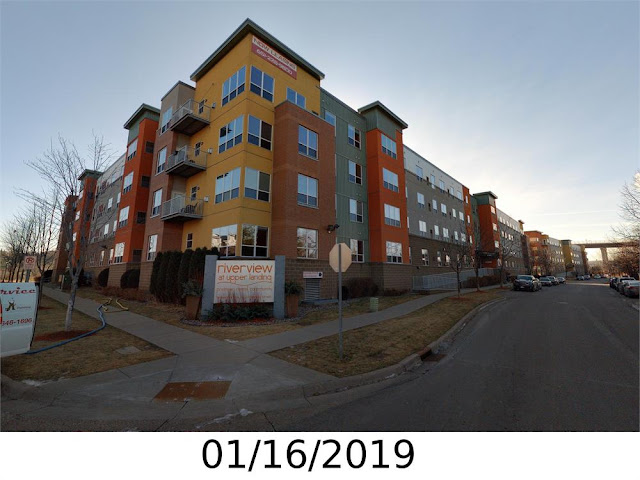 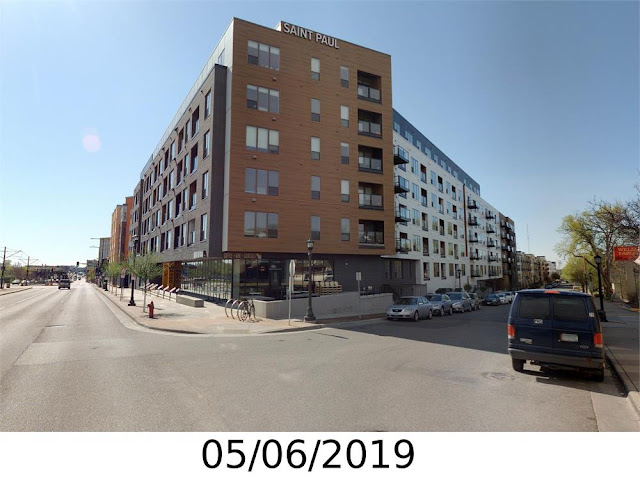 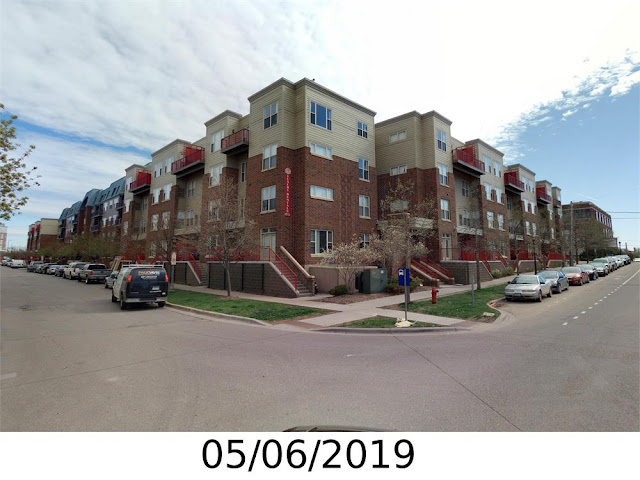 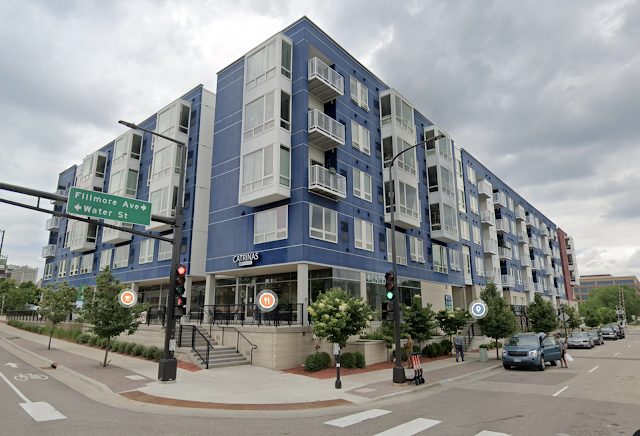 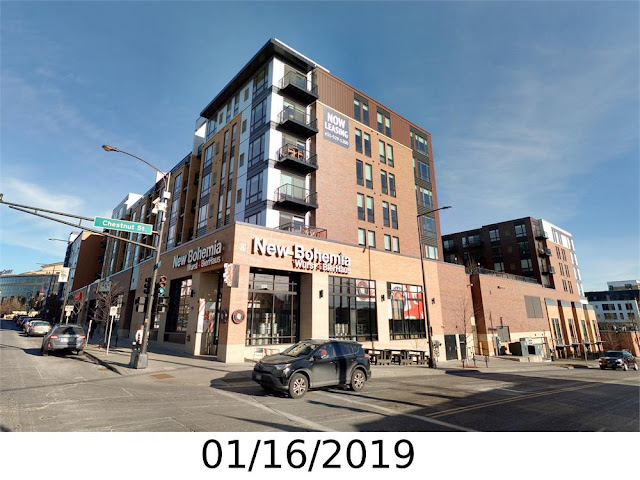 That's a net increase to the city and county of well over $3.5 million, which gives you a general ballpark for how much money Saint Paul will be leaving on the table each year by not building new apartments any more.

The kicker is that this happens every year, so that the difference builds up over time. That's around $3.5 million of lost revenue the first year, plus an additional $3.5 million the next year, and so on. By the time you've reach Year 5, you’re talking about over $15 million a year of missing city and county revenue that could have been on the tax rolls.

(Keep in mind this is a conservative estimate, and I'd guess the actual figure would be twice as large.)

For some context, Saint Paul’s 2021 6.8% increase in the tax levy was worth about $10 million for the city. This means that the de facto ban on new housing will have a huge impact on the property tax rates in Saint Paul and Ramsey County.

Again, this is a conservative estimate. If Saint Paul achieved Minneapolis-level rates of housing growth, you should double or triple this number.

Meanwhile, the cost of administering the program could also be significant. A lot of this depends on how the City Council and Mayor’s Office administer the problem, i.e. how they set up regulation, education, inspections, etc.

The Oakland example that everyone cites, is quite a top-heavy model. In that case, you’d expect the city to be spending about $3-4 million a year, with staffing levels around the same as the city's existing Department of Human Rights and Equal Economic Opportunity.

Alternately, like Oregon (apparently), the city could decide to do nothing to administer the program, and instead rely on individual litigation to handle it.

We should probably assume that Saint Paul will run its program on the cheap, but if you split the difference, they'd have to pencil in a few million dollars into the city budget for let’s say 8-12 new full-time staff.

The point is that the overall tax swing under rent control would very significant, millions of dollars each year in lost revenue and increased overhead. And the difference grows dramatically wider annually, as housing is built elsewhere instead of in Saint Paul, until you're talking about a huge gap between a city with rent control and one without.

This matters because Saint Paul is not wealthy. I've sat through Public Works' presentations showing the long-term projections about crumbling streets, and how much we need to spend just to keep the potholes from growing exponentially. Meanwhile, each year we struggle to keep rec centers and libraries open.

Growing the tax base is the best way Saint Paul can increase its ability to pay for basic services. That's why it's a big problem that this policy prevents that from happening. Instead, either property taxes will go up or cuts will come from somewhere.

[See also my short column in Minnpost about the Saint Paul ordinance and my long-read with all the research about how this rent control proposal affects housing in Saint Paul, an explainer of why a 3% rent cap blocks new housing construction, short posts on how the policy would affect rents and taxes, interviews with housing policy experts on new construction and rent control, guesses about Mayor Carter's plan, and what I recommend we do about the housing crisis instead of the rent control proposal.]