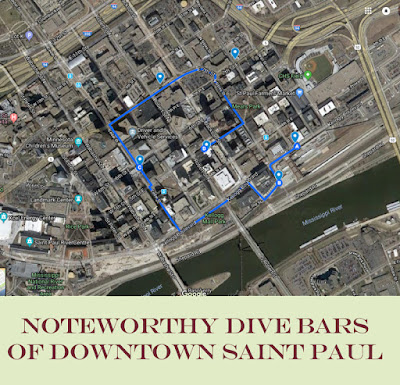 The time has come once again to sally forth and wend our way through the streets of the city in search of the marginal.

This time, our gaze turns to the oldest part of the Twin City core, downtown Saint Paul, once home to the riverboats, gamblers, drunks, refugees, and traders who gave Pig's Eye its unsavory reputation.

Here's a quote to whet your appetite, describing (downtown) Saint Paul in 1846: