The time has come once again for a reflection, to pause and look back at the year-gone-by, for 2015 lies behind us like roadkill in the rear-view mirror of the SUV of progress.

Here's what you may have missed or forgotten about on this august sidewalk blog since the last solstice. There's kind of a negative parking/bike lanes theme emerging here, which I suppose I should find troublesome.

Anyway, these are my favorite ones, listed in order of narcissistic delight. Apologies in advance.

#15. Saint Paul's Big Day Shows Fundamental Problem with Cars in Cities -- I really like this. I was inspired by a particularly wonderful urban day in Saint Paul, the kind of magical day where cool interesting things just keep on happening. I was struck, though, by how miserable I might have been if I'd had a car the whole time. Plus I made a "graphic", which for me is pretty amazing, though it failed to go "viral."

#14. Vehicular Violence and the War on Buildings -- Read the post that spawned a movement, launched a website, and finally ended once and for all the horrifying habit that drivers have of driving their cars into buildings. Plus this is the post that compares Red's Savoy Pizza to Gibraltar, so...

#13. GOP War on Cities Begins and Ends with Hypocrisy -- A anti-right-wing political rant like I used to put up on here during the reign of Pothole Pawlenty. The only thing I miss about those days was how easy it was to write vitriolic blog posts. Plus I got to make fun of Rogers, which is always pure pleasure. 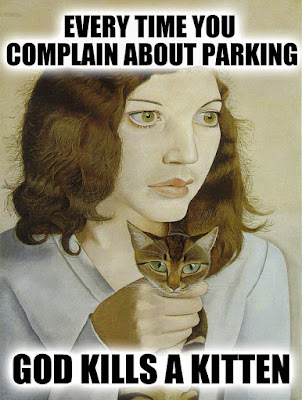 #11. Crap Public Process Irresponsibly Inciting Bikelash -- This was the summer of the bike wars, an election year where parking barking rose to deafening levels (before every candidate I liked got elected after all). The second- or third-worst moment (it's hard to be sure) was the attempt to scuttle the "no-brainer" Front Avenue bike lanes in my old neighborhood. I actually walked in on a campaign organizer spreading fear and misinformation about bikes in one of my favorite bars. It, and Commissioner Janice Rettman's last-minute public meeting, made me mad. I usually don't blog when I'm mad, but I did this time.

#10. Saint Paul Needs More Women in Office -- Another post I'd been meaning to write for a few years, about the huge gap in elected gender ratio between Minneapolis and Saint Paul. We don't want Saint Paul to be seen as the "old boys" city, do we? (No offense, gentlemen.) Article includes fabulous home-made chart!

#9. Little Free Library Neighborhood Quiz -- A post years in the making, a collection of pictures of "little free libraries" from around the Twin Cities, in half-assed quiz form. Can you tell your Edina from your Longfellow just by looking at the books? 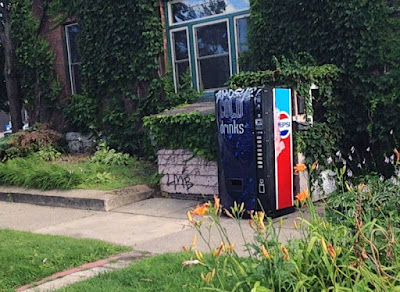 #7. The Best of the Mayor's Forum on Parking Meters -- A literal transcript of the lynch-mob Grand Avenue parking meter meeting, so that people who weren't there could get a sense of what was actually said beyond the less helpful reports in other media. If you actually read what people said -- i.e. the Mayor pleading with people to take seriously the connection between climate change and driving -- the whole protest movement looks terrifyingly selfish.

#6. Sidewalk Mailbox #6: High-speed one-ways are like watering your garden with a firehose -- It's actually surprising that I don't get more emails from readers, at least until you think about how few people read sidewalk blogs. Anyway, I got one thought-provoking question about Minneapolis' recent changes adding bike lanes to 26th and 28th Streets (which have long been a pet peeve streets for me). The gardening metaphor just came to me, and it works. (Also, the second-most-widely-read post of 2015.)

#5. In Saint Paul, Bike Lanes are the new Smoking Ban -- Actually, this is my favorite. This is an argument connecting public health to street design, and I'm going to keep saying this over and over and over again until people pull their heads out of their tailpipes and design more walkable streets. Plus I made another "graphic."

#4. The "Signs of the Times" (best of edition) -- For the 100th slapdash collection of sidewalk-oriented signage, a noteworthy occasion, I curated my all-time favorite handwritten-or-otherwise-noticable signage and added a few comments and some semblance of categorization. This makes for excellent, undemanding skimmage, and there are some funny ones.

#3. Bicycling Debate is Rooted in a Generation Gap -- The most personal blogpost I've ever put on here, including my father and my nephew and the true story of the traffic circle at the end of the block where I grew up. This basically sums up the root causes of bicycle vs. automobile tension, which to me is very much about historical epochs and generational change. Not to make too big a deal of one's age, but it's a big deal. 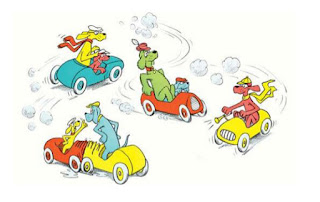 #2. Please Stop for Me, a Children's Book Mash-Up -- This is my favorite thing, TBH, two of my favorite kids books turned into a driver/pedestrian civility lesson. I couldn't get this out of my head for days. The graphics from Go Dog Go work so well with the words from Green Eggs and Ham.

#1. Fascinating Political Moment in Minneapolis Might Actually Change Things -- The most-read TC Sidewalks article of all time! I woke up one morning, after the shootings by the white supremacist thugs who came down to Plymouth Avenue in their masks,  with a head full of thoughts and a spleen full of ventables. I don't know enough about what's happening over North these days, but this was my attempt to tell a compelling story about it. (Article should have made it more clear that, then again, things might not change.)

Very nice information, a lot of important things that I get after seeing this article,,
this information is really quite remarkable cool (y)

Thank you for your post. This is excellent information. It is amazing and wonderful to visit your site.
Tax Return Services in Barking