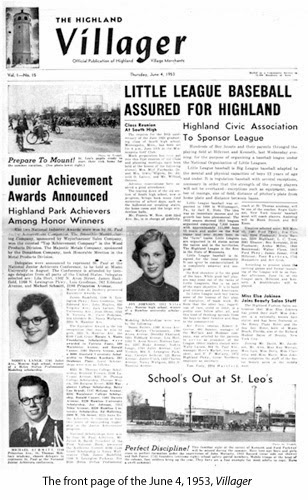 The Vintage: Paving the way to Ayd Mill Park

Neighborhoods First appreciates the attention that the Vintage/Whole Foods Market project has brought to the congested traffic conditions at the intersection of Selby and Snelling avenues and the unfinished business of Ayd Mill Road. yet, of the six potions that have been considered for reconstructing or replacing Ayd Mill Road, it is the linear park that best complements The Vintage and delivers the greatest benefit to the people of St. Paul.

With the adoption of the Central corridor Development Strategy in 2007, it seemed the city of St. Paul had turned a corner in understanding the relationship between transportation and land use and the need to reduce reliance on the automobile as a strategy for growth and environmental protection. The transportation infrastruucture supporting The Vintage, nominally a transit-oriented development, is almost entirely automobile-oriented, with the proposed $50 million extension of Ayd Mill Road as Exhibit A.

The St. Paul Department of Public Works has also recommended converting a portion of the Selby Avenue sidewalk to a right-turn lane and extending the left-turn lane on southbound Snelling Avenue north to Dayton Avenue. This is the sort of 1950s transportation planning that hollowed out our cities. It beckons automobiles and discourages walking, biking, and transit use.

There are several transit plans on the table that would complement The Vintage. Snelling Avenue bus rapid transit is one. The Central Corridor EIS also envisioned new bus routes on Fairview and Hamline avenues. Together with a Route 21 that no longer detours to Midway Center, these transit improvements would move us closer to a transit grid.

A Canadian Pacific Rail alingment of commuter rail thorugh Merriam Park is a project found in the region's 2020 Transitway Plan. It would connect the Red Rock and North Star commuter rail lines, and with its proposed station at Snelling and Marshall, it would be of obvious benefit to The Vintage and to the people of St. Paul

Neighborhoods First commends Ryan Companies and Whole Foods for providing ample and protected bicycle parking, but once again we see that a good redevelopment project is not being supported with the proper infrastructure. Snelling Avenue is not bikeable, and Selby is not much better.

The extension of the Midtown Greenway bike trail is widely recognized as the most important piece of bicycle infrastructure yet to be built in St. Paul. It would run along the northern edge of the Snelling-Selby development. The city of St. Paul's past efforts to negotiate with CP Rail for biek trail right-of-way have been thwarted; however, with the help of the federal givernment, this project could be realized.

A four-lane extension of Ayd Mill Road to the I-94 frontage roads would do more harm than good. It would take land from Concordia Universituy and displace several businesses, costing St. Paul jobs and tax revenue and offering little if any opportunity for redevelopment. It would result in measuable increases in traffic on St. Clair, Grand and Marshall avenues, and a 130 percent increase in traffic on the residential portion of Concordia Avenue. It would remove the Pascal Street bridge over I-94, and among the alternatives for Ayd Mill Roa,d it would result in the highest level of emissions.

Neighborhoods First recognizes that the linear park would result in traffic increases on Lexington Parkway. That is regrettable. But as we debate the best use for the Ayd Mill Road corridor, let's understand the pros and cons of every alterantive and bear in mind that we can't build our way out of congestion.

Mike Madden, a resident of Merriam Park, is a co-founder of the local advocacy group Neighborhoods First.
Posted by Bill Lindeke at 10:48 AM

What really stands out to me is the comment about the 21 (what does that say about the repetetive beating of the horse that is the rest, I wonder?). Why would it NOT detour to Midway? The only destinations on Marshall between Snelling and Hamline are a school about a hundred feet from the Hamline and Marshall stop, a cab company, and half-empty industrial warehouses. The benefits of the activity at Midway almost certainly outweigh the downside of the extra ten minutes it takes. A fast bus is pointless if it takes you to all the best boarded up warehouses and empty train tracks in town.

Actually, I disagree. That 10 minutes is nothing to sneeze at. If you had rapid bus connection along Snelling between the #21 line and the LRT, (which we do and will), the detour becomes a wash. Taking the #21 straight down selby and arriving in St Paul 10 minutes faster seems like a great thing IMO.

But if you're eastbound and heading to, say, Target, and you get the timing wrong, you end up with around 10 minutes waiting for the BRT and 10 to 15 for LRT. In that case the 21 sounds a lot better, especially given the number of people I see getting on and off AT Midway. I would not be at all surprised if the number of people getting on or off along University from Hamline to Snelling is higher than the stretches from Dale to Hamline and Fry to Prior combined. The people who benefit most from the faster trip on either side of that are those going from Lake (which really starts to pick up in numbers at Hiawatha) to downtown St. Paul. Which is something the Blue/Green connection is probably much better at.

This is just non-sense on a stick.

Turning a functional, necessary road into an unneeded park is literally the dumbest idea I have ever heard.

Where would the cars go? I mean seriously where would they go? Let's inundate and overwhelm Lexington Ave from 94 to Randolph and turn the Lex and Randolph Ave intersection into a complete goat show for the sake of the 10 people who live on Selby between Ayd Mill and Snelling? Really?

And then you don't want the right hand turn lane on Selby b/c of whatever. Let's not do the one thing that would help with the traffic on Selby. Really? Did you care about traffic on Selby until you didn't?

And honestly once they re-opened the bridge over Hamline there isn't a traffic problem (and yes I drive this road daily/weekly)at rush hour.

I don't really care if you connect the road to 94 or not but as a St. Paulite who travels from Midway to Highland and to the south metro and back all the time, I praise the good lord that Randy Kelly had the cojones to ignore the ninnies and let common sense win for once in this town.

Colin, I'm totally with Bill on this one. I've ridden the 21 more times than I like to remember, and never (never!) was anywhere along Midway my destination, and frequently that extra 10 minutes was enough to deter me from going to St. Paul at all -- I just spent my money in Minneapolis.

I hand the same thought as Colin when I read this in The Villager. Midway is a huge destination for a number of people on the 21. It might make more sense to alter the 53 route, increase its frequency, and route that down Marshall rather than down the freeway while keeping the 21 the same. I did look at MetroTransit's Route of the Week blog on the 21 and for now, they say the future of the 21 is stable as a connector to the Green Line, so no changes in the forseeable future, I guess.

Somebody needs to spend more time in a park.