TC Sidewalks Tour: The Last Holidazzle from the Minneapolis Skyways 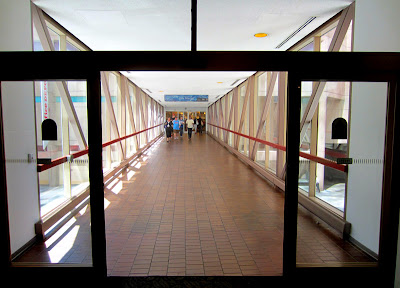 It's time once again for a sidewalk tour, and given the slightly cooling temps, the downtown skyways seem like a good bet. Join me, travel writer Leif Pettersen, and whoever else decides to come down to the skyways on a Friday.

Last time I participated in a skyway tour, we were politely ejected from the Gaviidae Common by a security guard riding a segway. So you'll have that to look forward to. Plus you can see the oldest extant skyway, the birthplace of the skyways, the longest skyway, or anything else skyway related that I feel might be on the way of our route. 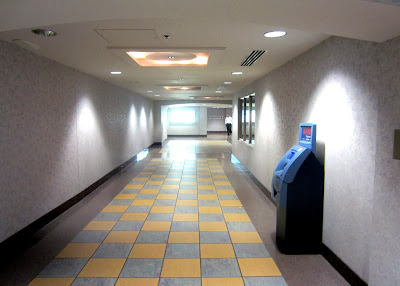 The highlight, of course, is the final year of the Holidazzle parade:

What is the Hollidazzle Parade? It's an attempt to create an holiday-themed "attraction" during the busy winter shopping season. It was spurred by the opening of the Mall of America in 1992 by downtown retailers who were very worried about competition for holiday shopping dollars.

It typically consists of a few floats with santas, lights, a be-sparkled MetroTransit bus, and people dressed up in 8' christmas light costumes walking down Nicollet and waving at families with kids bundled up because its freezing cold outside. WCCO tends to cover it like a plaid wool blanket, as it goes right past the window of their Nicollet Mall studio

Well, it turns out that's a lost cause. Downtown retail is hardly thriving, apart from catering to people who already live downtown and don't need to be lured there. The powers that be (Target) has decided (rather quietly) that this will be the final year. Prepare to be "Holidazzled" for the last time.

We'll also hit a few skyway highlights, like the oldest extant skyway, the birthplace of the skyway, the skyway to nowhere, and Block E.

Bring a friend. See you there. Come for part or all of the tour.


Here's Leif talkinga bout the skyways. We're going to throw down about whehter or not they should be allowed to exist. 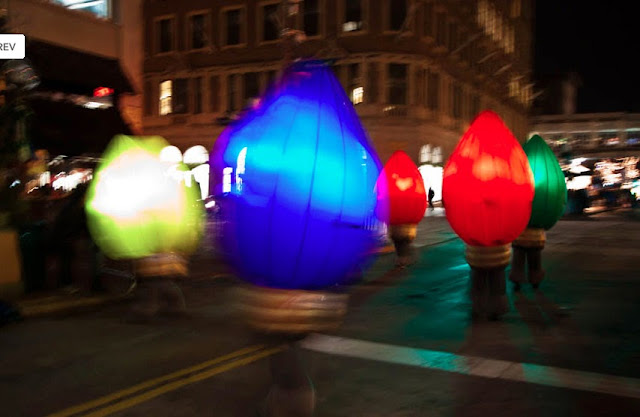 So let me get this straight. The person who (I assume) does not live or work downtown is going to argue with the person who both lives and works downtown about whether we should have skyways? Hm.