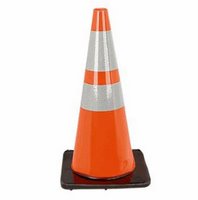 Ever since Governor Pawlenty took office on the paradoxical promise of lower taxes and better government, he and the State Republicans have been trying to figure out ways of getting something for nothing. It often leads them not just into convoluted policy proposals (like paying for highways with unfunded loan money), but often towards linguistic and financial shenanigans of Enron-ian scope. The two most blatant examples might be Republicans counting interest in future economic predictions only when it benefits them, and the “health impact fee” on cigarettes that almost cost the state government $400 million dollars earlier this year.

So it didn’t surprise me when I heard this story on MPR today about Dan McElroy, Pawlenty’s right hand man, out panhandling for free labor from the hi-tech computer industry. Apparently, it’s part of Pawlenty’s “Drive to Excellence” program. The deal is that the state government asks companies, big and small, to “lend” some of their talented (and well paid) employees for a year. The state is also asking private companies to pick up the tab for salary and benefits. What do the companies get in exchange for this altruistic gesture?

The answer is probably, apart from a feeling of goodwill, the opportunity to manipulate the state’s buying and infrastructure decisions.

My favorite quote is this, from some industry analyst.

The senior professionals being sought often are billed to clients at rates ranging from $150 to $250 an hour, said one information technology vendor that has looked at the program.

"That'll separate the men from the boys, certainly," said another vendor, Richard Winkelmann of CA International, a New York-based IT firm.

Winkelmann attended a meeting with state officials last week about the loan program and called it "an exciting opportunity to put someone at the table with the chief information officer to help set strategy for the state of Minnesota." But he said it's been a tough sell to his corporate bosses.

"I've spent a week lobbying CA to come forward with resources," Winkelmann said. "Uncorking someone is a challenge. We're not there yet."

It’s hard to believe that no large companies have volunteered to donate employees to the state! Let’s hope these businessmen come to their senses soon.

But the true irony of the “Drive to Excellence” campaign, is how Pawlenty’s similar effort to fund transportation has also blown up in his face. Here’s a story from last week about the failed effort to fund constrution of the Crosstown/Interstate 35-W project. In case you missed it, the Pawlenty DOT was asking contractors to make a loan to the state to cover an unforeseen transportation funding shortfall, before they even started work for the construction job . . .

No construction companies bid for the job to ease the Interstate 35W/Minnesota 62 Crosstown bottleneck, the Minnesota Department of Transportation said Friday morning, making it very unlikely ground will be broken this year on the long-awaited project.
…
Expected to cost at least $250 million, the Crosstown project was short of money because the federal government has been slow in sending its share of the construction funds to Minnesota. To start construction this summer, the state for the first time called on construction firms to front the state up to $96 million until the full federal funding was available in 2008.

Someone should tell Pawlenty that it’s hard to “drive to excellence” when you’re stuck in traffic. Accounting gimmicks and panhandling is no way to hire a company to repair one of the most congested, twisted highway intersections in the state.