Buildings that Wildly Intrigue Me #1

Check out these intriguing buildings. 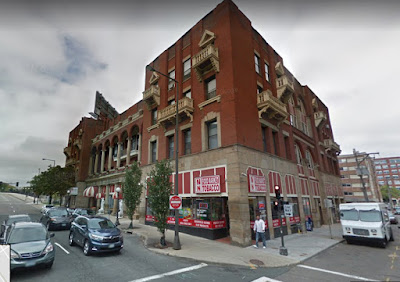 This building is perched on the edge of the freeway and is festooned with weird hemispheric red-and-white striped awnings and arched windows. There are crazy balconies and pillars everywhere, including tiny ten-foot elaborate Rapunzel perches with those Roman-looking garland bas relief thingies underneath them. There are pillars galore. There are even balconies surrounded by pillars, because why not?

Also, there are actual Greek-style statues on each side of the weird entrance. Look at these stone people people groping themselves!

Are they having a staring contest? Yes, they are.

Someone once told me there was a fire here years ago but somehow the fire fighters saved the building and kept all the bricks and walls in place. Thanks SPFD!

The inside of the building used to have the only Kurdish restaurant in the country inside it, and still has some downtrodden corner stores that serve people of modest means.

The Colonnade is crazy. Even looking at it loosens your screws. I can only imagine that in the late 19th century there were tons of architecturally deranged buildings like this in Minneapolis and Saint Paul, designed by nouveau riche people with Trumpian levels of bad taste, only from the Victorian era. 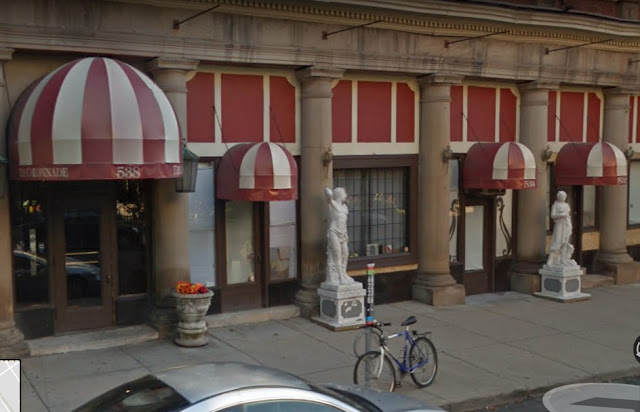 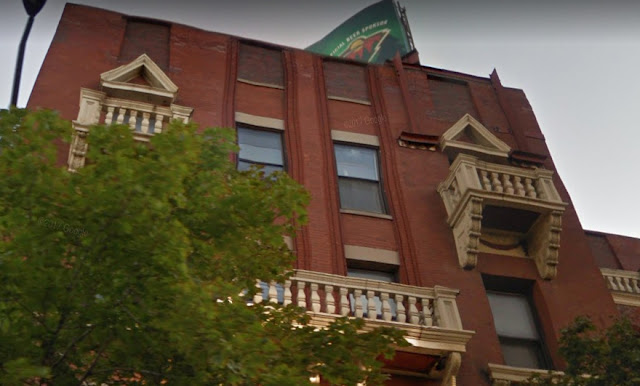 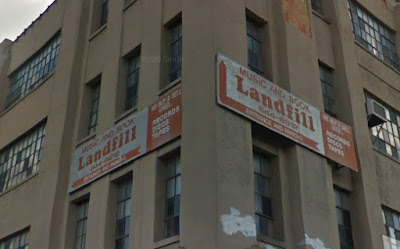 What is in here? A "music and book landfill"? What does that even mean? Is this where bad music goes when it’s “thrown away”? Is that where they found Rick Rolls for the first time?

What is inside that huge cupola?

Underneath its drab grey surface lie wild patches of colored paint. I am serious!

If the plot of "Ghostbusters" ever happens in Saint Paul, look here first for Gozer the Gozerian. 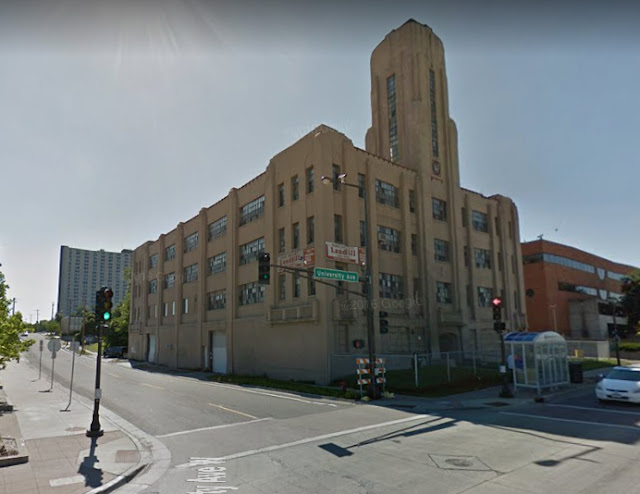 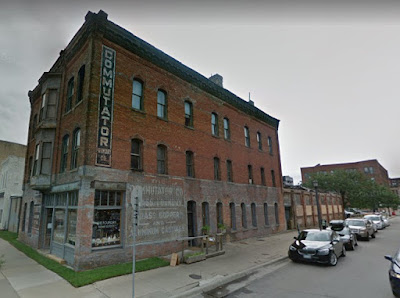 What does “commutator” even mean? I have literally never heard this word before, and nobody ever will again.

OK I looked it up. Check it out. It's something about electricity and math!

Intriguing? I think so.

The old smokestack in the back of this building leans further to the right than Hillary Clinton running for senate the first time. It is litereally held in place by ancient cables, defying gravity in a steampunk way like a Miyazaki aircraft.

There used to be a basketball hoop inside the ruined walls of the back half of this building that was overgrown with weeds. It was glimpseable through a tiny hole in the wooden door in the alcove. I am not even kidding. If I had ever had the chance to sneak in and shoot three pointers in a lost Minneapolis ruins I would have moved away immediately, just to keep my memory unspoiled. 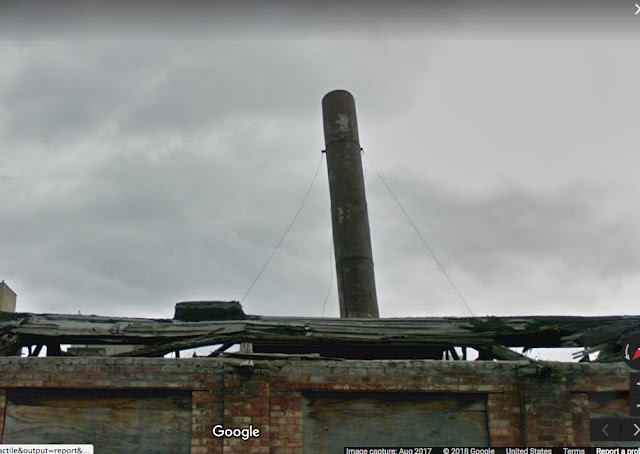 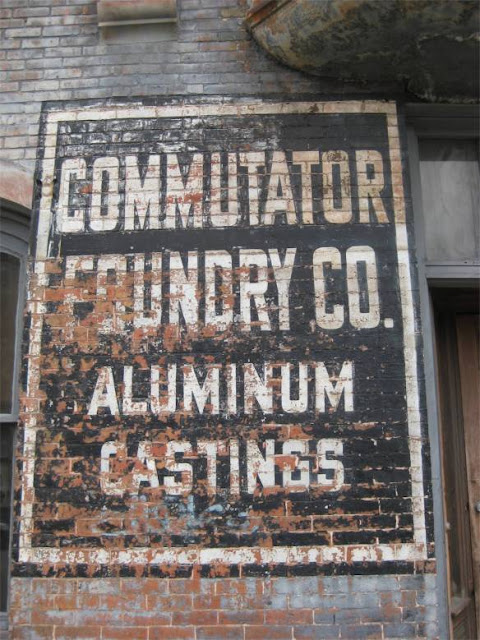 Is the Commutator building still around? The google maps link goes to some new apartment building, 5th Avenue Lofts.

I was similarly intrigued by the Landfill when taking guitar lessons at St. Joseph School of Music. My teacher and I checked it out one day, and it is... Wait, no, I'll let you find out for yourself. :)

I'm 61 years old, I contracted hpv in 2011' I has be taking lot treatment for it and embarrassed some months ago the wart stated coming out seriously, I used lot recommendation because there was lot warts around my anus and was so . but today I'm totally happy I got the virus eliminated by using natural treatment from Dr Onokun herbal center after his treatment I got cured. all the warts went away' seriously believed Dr Onokun he have the cure for human papillomavirus because he has eliminated hpv been in my body since 2011, Dr Onokun make it possible for me. Here is Dr Onokun email:  dronokunherbalcure@gmail.com

I found out, that taking herbal treatment is the best to get rid of hpv as soon as i feel the symptoms of hpv is appearing, i took the healing process by contacting Dr onokun for natural treatment it works wonders, amazingly ever since I had the herbal treatment i have not feel these horrible disease anymore and my doc told me the virus is gone, i am glad i finally got cured out from this horrible disease. every hpv or herpes patients should also get in touch with this herbalist Dr to get ride of these disease forever his email address; dronokunherbalcure@gmail.com or website: http://www.dronokunherbalcure.wordpress.com/

Hello everyone. Dr. OSAGIE Herbs is a good remedy for herpes Virus , I was a carrier of herpes virus and I saw a testimony on how Dr. OSAGIE cure Herpes Virus, I decided to contact him, I contacted him and he guided me. I asked him for solutions and he started the remedies for my health. After he finish he sent me the herbs which i took for 2 weeks before asking me to go for a check up and getting there i could not believe that i was confirm HSV 2 Negative after the test, Today i am so happy because i'm free from herpes disease with the help of DR. OSAGIE Thank God now everything is fine, I'm cured by DR. OSAGIE herbal medicine, I'm very thankful to God for making it possible. you can reach him on his email, i strongly recommend him to any one out here looking for a cure.Contact DR. OSAGIE via WhatsApp + 2347030465649 Email: drosagiesolutontemple@gmail.com. Dr Osagie healing herbal cure of all kinds of sickness you may have like
CANCER,
DIABETES,
HIV
AIDS,
Herpes
Std
URINARYTRACT
INFECTION,
CANCER,
IMPOTENCE,
ARENESS
NFERTILITY
DIARRHEA
ASTHMA
SIMPLEXHERPES
GENITAL
COLDSORE

My name is kissa brown i am really happy that i have been cured from HIV with the herbal medicine of DR Oduwa, i have been suffering from this disease for the past 2 years without solution until i came across the email of this doctor who have cure so many people with his herbal medicine, i also choose to give Am here to appreciate Dr Oduwa for using his herbal medicine to cure my Herpes virus. since 3 years now I have been living with this virus and it has been giving me challenges, I was so perplexed cause i have been taking several drugs to be cured but all of my effort was in vain, one morning i was browsing through the internet then i saw several testimonies about Dr. Oduwa curing people from Herpes virus and immediately i contacted Dr. Oduwa on his email: oduwaspellhome@gmail.com i told him about my troubles and he told me that i must be cured, gave me some instructions and which i rightly followed. so he prepared a herbal medicine for me and sent it to me which i used for 2 weeks and everything was like a dream to me and my Herpes virus was totally gone, why don't you contact him today and be free from your diseases because he is very good and honest Doctor. contact him via email;.dr.oduwaspellhome@gmail.com or whatsApp him on +2348070685053 him a chance to help me, he told me what to do and i kindly did it, and he gave me his herbal medicine and direct me on how to use it, i also follow his instructions for use and he ask us to go for a checkup after 1 week and 4 days which i did, to my greatest surprise my result came out as negative, i am really happy that there is someone like DR Oduwa who is ready to help anytime any day. To all the readers and viewers that is doubting this testimony stop doubting it and contact this doctor if you really have one and see if he will not actually help you. i am not a stupid woman that i will come out to the public and start saying what someone have not done for me and i know that there are some people out there who are really suffering and hurting their family just because of these diseases. you can email him via dr.oduwaspellhome@gmail.com or whatsapp on +2348070685053 OR https://myoduwa2blogaddress.blogspot.com/ he also told me that he has cure for these diseases listed below . HERPES . COPD . HEPATITIS B . GET YOUR EX BACK AND MAKE SHE/HIM LOVE YOU MORE . CANCER . COLD SORES .ALS Thank you for your time bye.

I am so happy, i never believe i will be this happy again in life, I was working as an air-hoster ( cabby crew ) for 3years but early this year, i loose my job because of this deadly disease called Herpes virus (HSV), I never felt sick or have any symptom, till all workers were ask to bring their doctors report, that was how i got tested and i found out that am HSV positive that make me loose my job, because it was consider as an STD and is incurable disease, i was so depress was thinking of committing suicide, till i explain to a friend of mine, who always said to me a problem share is a problem solved, that was how she directed me to Dr Isibor, that was how i contacted him and get the medication from this doctor and i got cured for real, I just went back to my work and they also carry out the test to be real sure and i was negative. Please contact this doctor if you are herpes positive  diseases his email is: drisiborspellhome@gmail.com
or his WhatApp contact +2348110493039

I am so happy, i never believe i will be this happy again in life, I was working as an air-hoster ( cabby crew ) for 3years but early this year, i loose my job because of this deadly disease called Herpes virus (HSV), I never felt sick or have any symptom, till all workers were ask to bring their doctors report, that was how i got tested and i found out that am HSV positive that make me loose my job, because it was consider as an STD and is incurable disease, i was so depress was thinking of committing suicide, till i explain to a friend of mine, who always said to me a problem share is a problem solved, that was how she directed me to Dr Isibor, that was how i contacted him and get the medication from this doctor and i got cured for real, I just went back to my work and they also carry out the test to be real sure and i was negative. Please contact this doctor if you are herpes positive  diseases his email is: drisiborspellhome@gmail.com
or his WhatApp contact +2348110493039

Hi Friends i am so glad to writing this article today to tell the world how Dr voodoo cured my HSV VIRUS,i have been detected with HSV-1 AND HSV-2 since five years ago, ever since then my life has been in complete bizarre and agony,i have used so many drugs that was prescribed to me by several doctors,but it didn't cure my HSV VIRUS neither did it reduce the pain,until a certain i was checking for solution in the internet,then miraculously came across Dr voodoo the powerful herbalist that cure numerous individuals HSV-1 AND HSV-2 INFECTION,then i contacted his whatsApp number at +2348140120719 or email: voodoospelltemple66@gmail.com i explained everything to him and prepared a cure that cure my HSV-1 AND HSV-2 disease totally after receiving his herbal medicine, so my friends viewers why wait and be suffer when there is someone like Dr voodoo that can cure any disease HIV/ CANCER/ HEPATITIS B VIRUS, you can contact his via : voodoospelltemple66@gmail.com?. or WHATSAPP +2348140120719

I contracted HPV. I was told there is no HPV cure except treatment to control it. I totally lost hope all i could think was losing my life because it was so embarrassing to have this virus.  A few weeks ago I read about a possible natural cure  which was guaranteed. And I ordered the treatment  after  some weeks I got 100% cure. Now I'm so excited to share this testimony to every article for others living with HPV there is possible natural treatment to eliminate this virus email Dr Agumba information's   dragumbasolutioncenter@gmail.com   whatsapp +2349032173881.

I’ve been curious if Landfill building had some connection to the Cream of Wheat building in NE Mpls, built in 1927 or ‘29 I believe...