Three Things the Media Misses about the Charter Commission Debate

The goal of good journalism is to, first, say what happened and, second, provide context for understanding it. I've been frustrated lately with how accounts of the referendum debate have described the situation in Minneapolis. I'm going to use two Star Tribune articles about the Charter Commission debate to explain why.
First off, I am a Star Tribune subscriber and will continue to be one. Despite my disagreements with their Editorial Page, I think everyone who values journalism in the Twin Cities should subscribe. It's one of the best newspapers in the country and, especially at a moment when journalism is in crisis, we're lucky to have it in Minneapolis.
That said, I've been disappointed with the paper's coverage of the aftermath of the George Floyd murder, protests, and debate about police reform. The latest examples have been the coverage of the Charter Commission debate. I'll use two stories -- one from July 28th and one from yesterday, August 5th -- to illustrate.
Here are three things newspaper accounts are missing about the debate:
1. Reporters are ignoring the 12-0 unanimous vote
This is an big omission. Neither of the Star Tribune articles mentions the unanimous resolution by the Minneapolis City Council to put the ordinance on the ballot. Instead, both articles mention the “five council members” when describing the ballot question.
In a "weak mayor" city like Minneapolis, a unanimous vote by the City Council is a big deal, and that kind of support is a key piece of context. While every Council Member might not have supported the ballot question, they all supported getting it on the ballot. Readers of these articles would not even know that the ballot question passed unanimously.
2. The term “controversial"
Both Star Tribune articles describe the ballot question as "controversial", even putting the term in yesterday's headline.
That loaded term begs the questions: Controversial in what way? Who or what is controversial here? Controversial for  whom?
There's certainly a lot of controversy to go around in Minneapolis these days! In my opinion, the most controversial thing in Minneapolis this summer has been the Minneapolis Police Department as a whole, and their police union and head Bob Kroll, in particular. The existing department is so controversial, it incited some of the largest demonstrations and worst public violence in city history. In fact, the Minneapolis Police Department is so controversial, people protested their actions in dozens of countries  around the world for weeks.
It's certainly debatable whether a ballot measure that received the unanimous support of the City Council is controversial. My reading of the situation is that the only reason the ordinance is "controversial" is that the Mayor and his appointed Police Chief are opposing it. A better framing of this issue would be to describe the rift between the Council and the Mayor's Office, which are on opposite sites of this debate. That's the controversy, and its a political one.
Beyond that, whether or not the ordinance is controversial seems a matter of opinion. Needless to say, there's a very high bar for what is deemed controversial these days.
3. The pieces do not accurately sum up the public comment
Both articles take a "both sides" approach to the public comment received by the Charter Commission, which is fine to a degree. But accounts should also make clear the overwhelming support for the ballot question they received during their public hearings.
John, at Wedge Live, has been keeping close track of the public engagement and testimony, and if we are to give any weight to the public engagement that occurred over the last few weeks, accounts should make note of the strong support for putting the Council's proposal on the ballot. 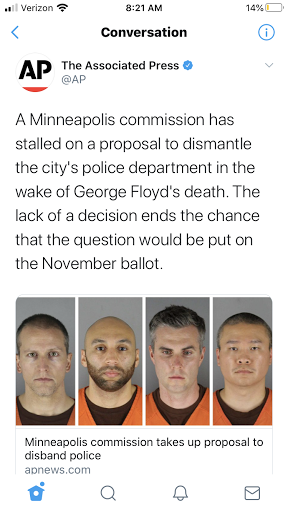 [IMO, the AP does a better job of framing the story, but still leaves out key context.]
I certainly have other gripes with the reporting, in both the Star Tribune and elsewhere. I'd like more information about the Charter Commission, particularly about its theoretical and de facto roles in Minneapolis politics. I'd like to see more context about ongoing structural problems between the Minneapolis Police Department, their union, and City Hall. I'd also like to see all these debates placed within the larger framework of George Floyd's murder and ongoing police killings [e.g. the AP tweet at right]. I think this context is critical to understanding the story.
To be sure, this issue is complex, wide-ranging, and abundant with in-the-weeds details. Covering this the political debate around the Minneapolis Police Department is a challenging task.
But at the very least, it's obligation of our journalists to put this debate in the context of structural issues around controlling and changing the Minneapolis Police Department. I wish we could turn to journalists and more easily learn the full story of what's going on, and the fact that the best coverage of this story has been from the Wedge Times-Picayune is both frustrating and delightful.
It sure would be nice to have an election that allowed people to decide for themselves the future direction of the Minneapolis Police Department. The real controversy here is that a unanimous vote by the city's highest elected body was filibustered by a group of unaccountable volunteer commissioners.
Posted by Bill Lindeke at 10:00 AM No comments:

I am doing research about the history of Saint Paul these days, as part of my book project (see also, 1851 transit fares) and came across this tragic story in African-American historian David Vassar Taylor's dissertation. It talks about the death of John Quincy Adams, a well-known leader of Saint Paul's black community, the editor of an influential newspaper, the Appeal.

Here's a bit about the history of paper, via MNOpedia:


Adams was an influential writer and a staunch Republican, and like other editors of his day, he expressed his opinions through his paper’s editorial page. The Western Appeal even received funding directly from the Republican Party, another common practice for newspapers of the time.

In January 1888, Adams opened a regional office for the paper in Chicago. His brother, Cyrus Field Adams, ran it. This brought the Western Appeal to even more readers. Other regional offices followed: Louisville in August 1888, St. Louis in April 1889, Dallas in August 1892, and Washington, D.C. in March 1901. Each Saturday, each of these offices published an edition of the newspaper. Each edition had the same national news, feature articles, and editorials, but carried its own local and social news. The word “Western” was dropped from the paper’s name in 1889, to reflect its national reach. By this time, Adams owned the Appeal outright and supervised both its business and editorial sides.

According to Taylor, Adams (no relation to the president, AFAIK) and his work grew to a national stature for a few years, penning lots of editorials about racism and working to build his paper into a key weekly that served cities from Louisville to Chicago to Dallas, all from Saint Paul. He became influential in Republican Party politics back in the 1890s.

It was hard work, and not lucrative, and the paper lost money and eventually shrunk back to a local weekly. The paper's success was helped, however, when he was killed by a car driver trying to cross the street in 1922.

Here's the story on the crash, according to Taylor:


On Sunday afternoon September 3, 1922, John Adams left his home to attend a gospel revival at the Alliance Gospel Tabernacle located at Fry and Charles streets. Upon leaving the meeting he proceeded to the trolley line on University Avenue. As he boarded the streetcar, an automobile spun out of control and struck the aged editor, knocking him to the pavement. Adams was immediately rendered unconscious sustaining a fractured skull, a broken right arm and internal injuries. Although he was rushed by ambulance to the city hospital, there was little the medical staff could do. John Adams died without regaining consciousness at midnight Sunday at the age of seventy-four.

Funeral services for the departed leader were held September 8, 1922 at Pilgrim Baptist Church. A larger than capacity crowd came to pay its last respects and to hear messages of condolences from throughout the nation for the man who had provided leadership in the community for thirty-seven years.


I guess the point is that drivers on Saint Paul's University Avenue have been deadly and dangerous for almost a hundred years.
Posted by Bill Lindeke at 11:40 AM 3 comments:

An excerpt from J. Fletcher Williams' 1876 History of Saint Paul, detailing the first fierce competition for transit between the Twin Cities.


In the summer of 1851, WILLOUGHBY & POWERS brought to saint Paul and put on their line the first Concord coach ever ran in Minnesota. It is still in use in the Minnesota Stage Company's stock somewhere. Up to the close of this season, they had no opposition in their business, but, during the fall of 1851, LYMAN L BENSON and a MR. PATTISON, came from Kalamazoo, Michigan, where they had been in the livery business, bringing a large outfit. In the spring of 1852, they put on an opposition line to Saint Anthony, called the "Yellow Line." WILLOUGHBY & POWERS' coaches were red, and it was generally termed the "red Line." A furious opposition sprang up.

WILLOUGHBY & POWERS  who had hitherto charged seventy-five cents for fare, reduced their price to a quarter, and, finally, to ten cents, as did also the yellow line, and the latter soon put on an opposition coach to Stillwater also. The war between the red and yellow lines was one of the curious phases of that day. Perhaps some of our readers may remember, when they landed at the levee, how the wordy contest was raged between the rivals. Bishop WILLOUGHBY  says the other line had more money than he, but he "always beat them at sassing."

This rivalry, with varying success, continued two seasons or more. In the meantime, WILLOUGHBY & POWERS had increased their rolling stock to eight Concord coaches, and had built up a large livery business besides, at their well-known old stand, corner of Fourth and Robert streets. In 1854, they made a compromise with PATTISON & BENSON, the latter buying off their Saint Anthony line. WILLOUGHBY & POWERS had also, in the meantime, opened, and still ran a line to Shakopee, &c, and also ran the Stillwater branch. 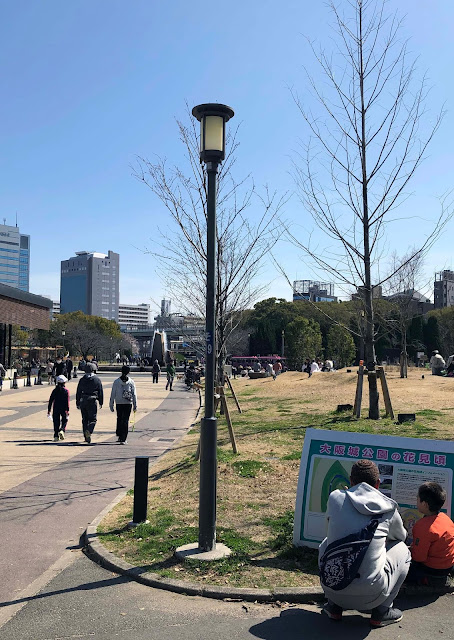 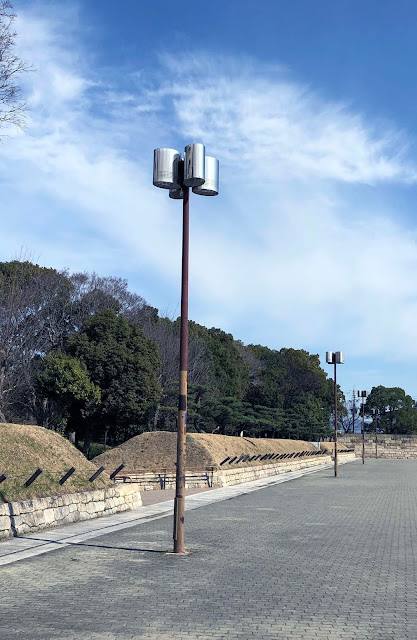 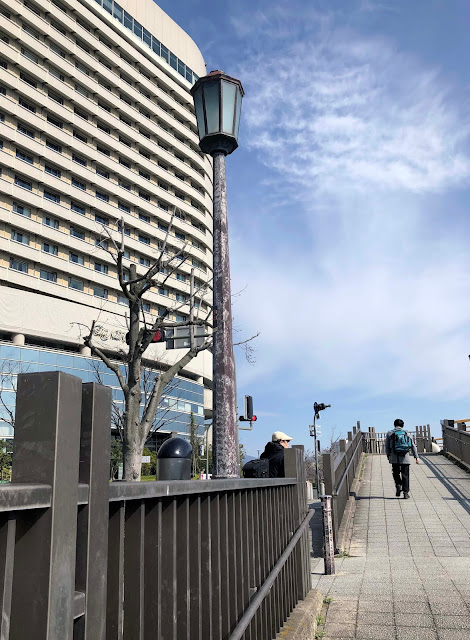 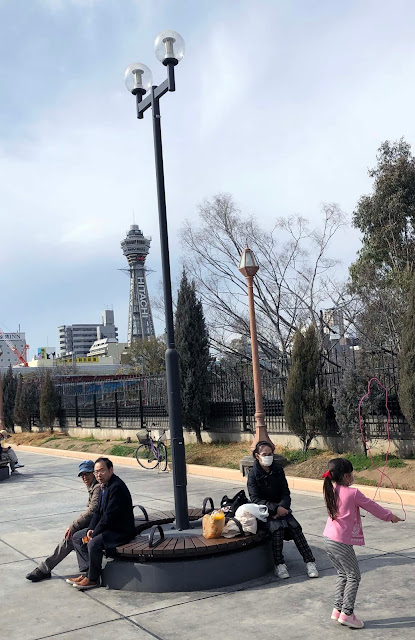 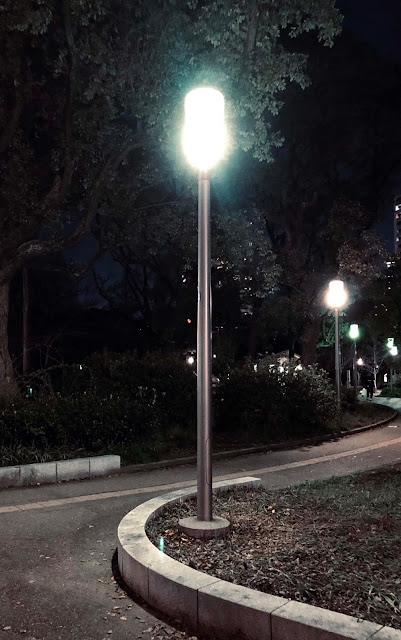 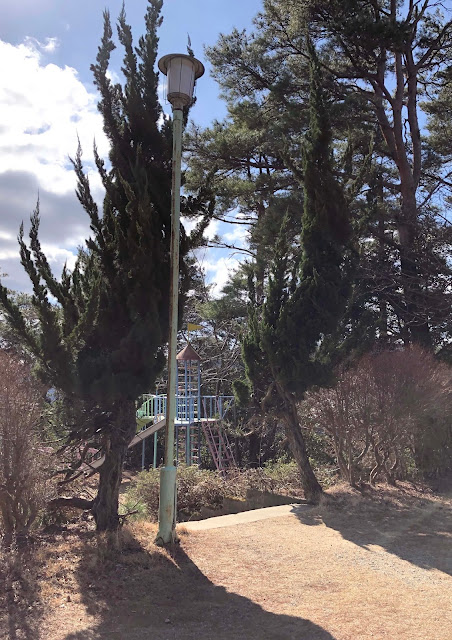 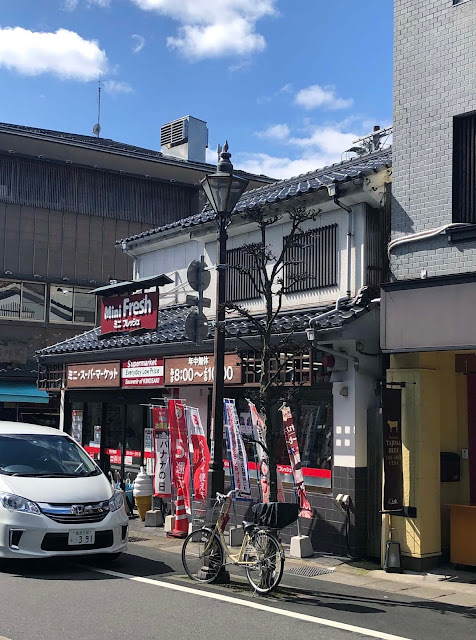 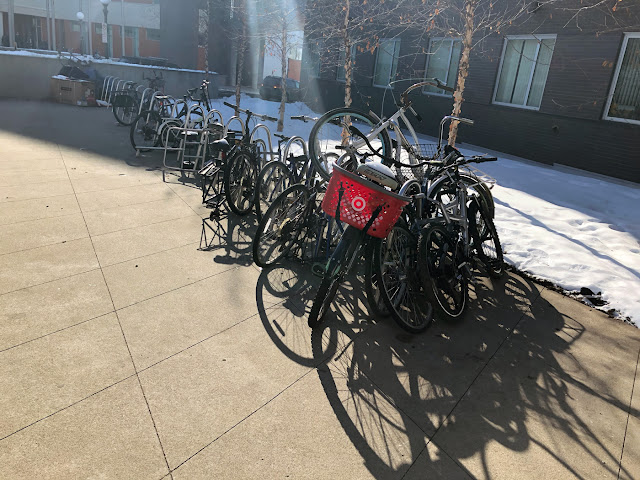 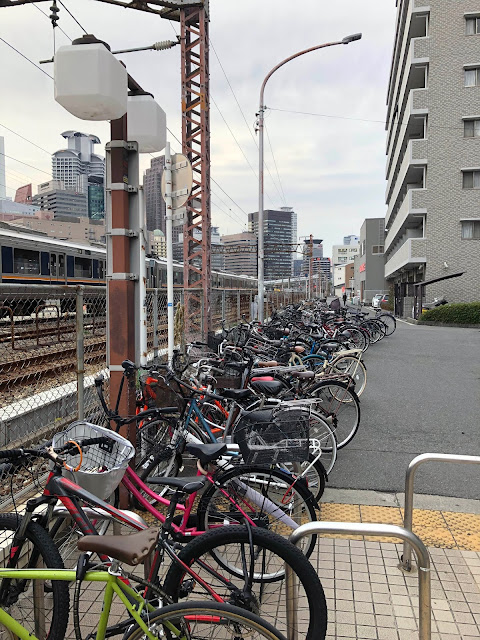 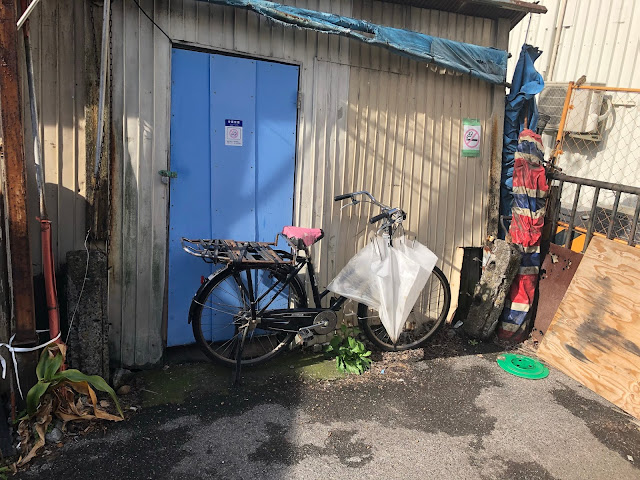 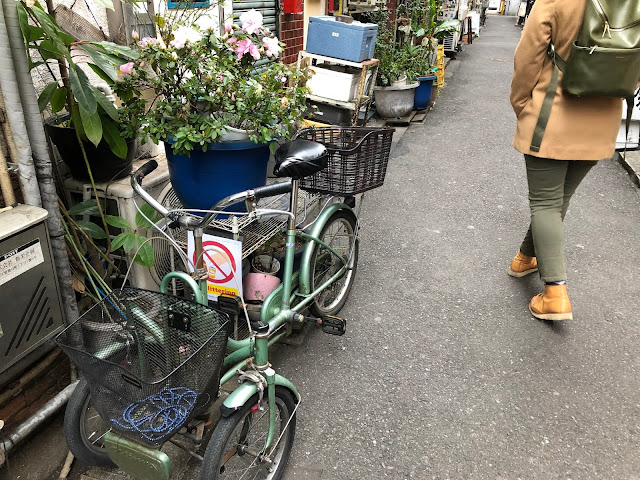 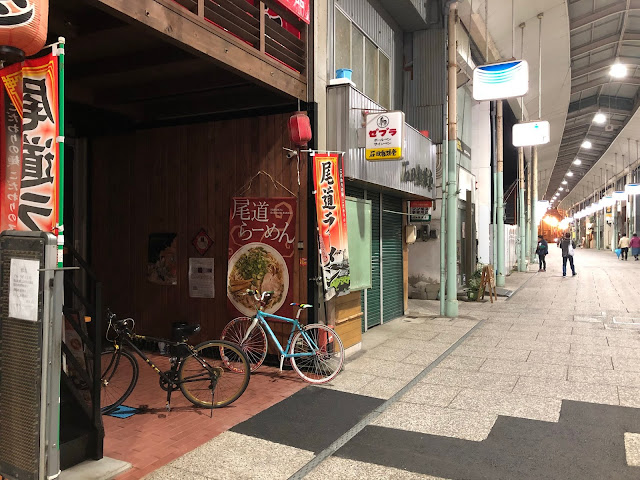 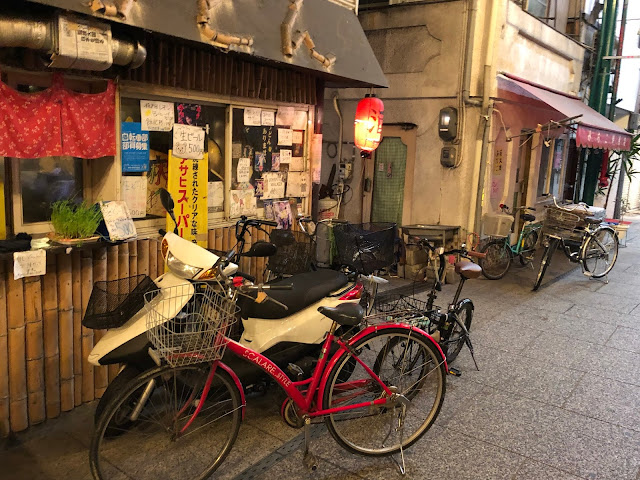 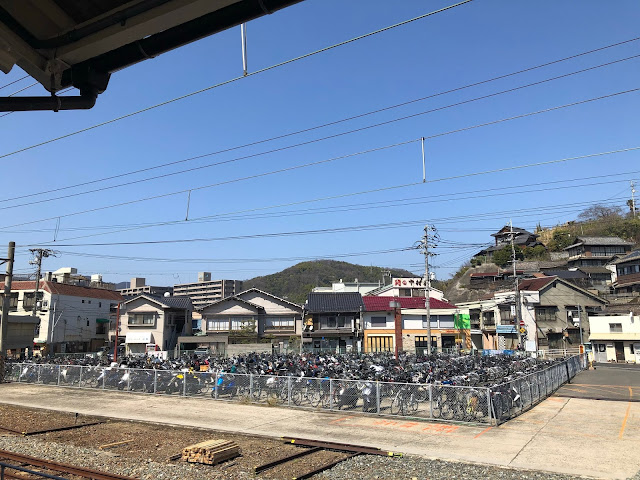 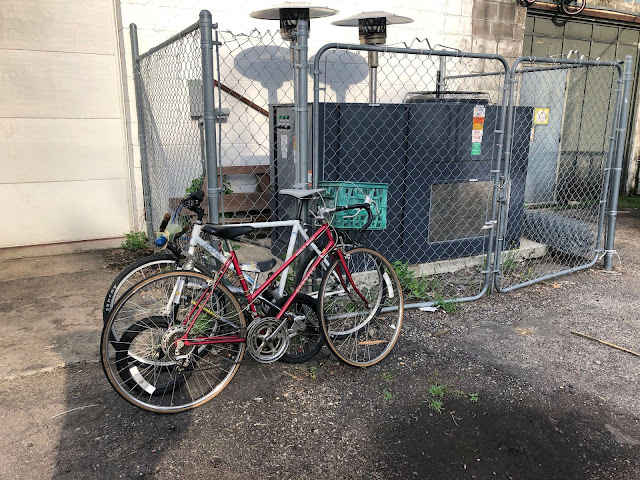 [Northeast, Minneapolis.]
Posted by Bill Lindeke at 10:41 AM 2 comments: