What Could Be More Historic Than Street Life?

Historic preservation can be a two-way street. In his hit-and-miss book, Triumph of the City, Ed Glaeser definitely comes out on as an opponent of widespread historic preservation mandates. He's of the opinion that cities should be more open to change, willing to sacrifice some of their older urban fabric if it means increasing density with new construction.

Personally, I tend to lean slightly in the other direction. Given the destructive history of US postwar planning, looking to save what little historic fabric is left in our cities is important to me. The other advantage is that many of these pre-war buildings were designed really well. They have all the architectural features you look for in a walkable, rewarding urban environment: things like cornices, windows, and detailed brickwork that you just won't find in 60s era modernist schlock. (Preserving post-war architecture is another matter, and there it depends more on what kind of relationship the place or building has with the pedestrian realm. I actually like Nicollet Mall's Peavy Plaza, for instance, and would support remodeling and preserving it.)

But that said, there are surely times when historic preservation (or heritage preservation) efforts go too far, and seem to conceal ulterior motives. (E.g. turning your neighborhood into a historic district in order to restrict density or development.) One such moment occurred last week during the debate over the widening of the sidewalk along 6th Street outside Mears Park in downtown St Paul.

The story is pretty simple. There's a great park in Lowertown St Paul, and its one of the few 'hot spots' downtown, one of the few places where new businesses are opening up and new residential development is taking place. This block along Mears Park, in particular, has become a spot with two or three thriving restaurants (all with names that start with 'b' for some reason). The owners of the two buildings along here would like to install sidewalk cafés during the (6!) warmer months, and are offering to foot 100% of the assessment for the city to remove their on-street parking and install a much larger sidewalk along the park. It's a rare moment when businesses volunteer both to give up on-street parking, and pay for improvements to the pedestrian realm.

The plan has met opposition from an influential and cantankerous former downtown developer, and from the farmer's market (located 2 blocks away) due to concerns about the loss of parking. The arguments, particularly the ones about financial loss to the city, are pretty specious (and I may write about them someday). The Planning Commission decided that they didn't even want to decide on this issue, becuase it was a property rights matter. But then, last week, the city Heritage Preservation Commission voted overwhelmingly against the plan, due to issues around setbacks. Here's how the commission explained it:


“HPC staff, they are more concerned about the visual impacts,” said Heritage Preservation Commission chair Richard Laffin, who did not cast a vote (he typically only votes when there’s a tie). “There’s a very strong set of setbacks throughout Lowertown that this would encroach upon. It’s all those odds and ends that would project eight feet further as you look down 6th street — trees, light standards, bus stops. Lowertown, the aesthetics are characterized by consistency.”

The question of setbacks seems like an odd rationale to me. For one thing, nobody is suggesting touching one atom of either of the two historic buildings. The existing sidewalk rights-of-way will still be there, only there will be even more space for pedestrians, etc. If I remember correctly, the plan isn't even going to move any street trees, just make more space on the far side of them, nearer the park, for sidewalk dining: tables, chairs, people eating and enjoying the fresh air of Lowertown. In a way, it's a lot like the plaza expansions that New York City has been building over the last few years. Transforming space for cars into space for people doesn't change setbacks; it simply reallocates some of the public space along the street. It increases the quality of street life at the (marginal) expense of making people walk a few more blocks to park their car. Given that back in the early 20th century, downtown St Paul was absolutely filled with people at all hours of the day and night, what could be more historic than catalyzing downtown street life?

Sometimes, focusing on perfectly re-creating the precise form of "the past" can become a preoccupation that limits our ability to relive the spirit of an older era. St Paul's Union Depot is a great example of this.

As you probably know, the city got a large Federal grant to completely remodel the Lowertown St Paul train station. In fact, the money was tied to a historic preservation mandate, so that everything about the remodeled station had to conform precisely to its 1928 specs. (This includes the plaza outside, which can contain no "permanent" structures, and currently feels a bit empty.) Spending time in the Union Depot today feels eerie precisely because the historic preservation is done so well, except for one big difference: there are zero people inside. You can sit in the giant waiting room for hours and you'll only glimpse an occasional wanderer, a few sneaker-shod "mall walkers", and the guy with the floor polisher going endlessly back and forth around the huge room. They've preserved the space so well that there isn't any room for actual 21st century people, or so it seems. It's like the station has been embalmed.

(I'm very hopeful that this will change once the once-a-day train starts running through here a year from now. I'm hopeful, too, that the plaza outside will get some street furniture, café opportunities, and a food truck or four to liven it up. There's a management company hired to run the plaza and services in the depot. But currently, none of those things have happened. Sitting in the building feels like a being swallowed by a ghost whale.)


Historically, Cities Were Filled With People

Downtown St Paul in the 20s and 30s was a different experience than it is today. Not only were there many department stores ruthlessly competing with each other, but the sidewalks were crowded, teeming with people at all hours of the day. Storefronts were active, the buildings were used in many different ways. It would have been noisy and interesting and clamorous and parking a car at the Farmer's Market would likely have been even more difficult, and people would have walked with their vegetables to their streetcars or apartments nearby. The city's parks would have had ten times the number of users, and the downtown would have been seamlessly integrated into the surrounding neighborhoods, surrounded not by a moat of freeways but by dense blocks of apartment housing that no longer exist today.

A real effort at preserving the heritage of Lowertown would think about this context, and try to bring back some of the streetlife that made this part of the city so vibrant in the past. Rather than embalming our cities, we should be bringing them to life. We should apply the defibrillator thingies, shout "Clear!" and shock our soporific sidewalks into action.

The other factor to consider is that this project has clear merit from a straightforward walkability and public space standpoint. Wider sidewalks increase the comfort and safety of people on foot, providing space for things beyond mere trudging to and from the bus stop. As it is, this sidewalk is pretty narrow and cramped, and doesn't really provide the kind of 'urban room' feeling that Jeff Speck describes in his recent book Walkable City. This is a case where expanding the sidewalk works on a few different levels.

The final irony of the situation is that cities around the country are clamoring for opportunities to add sidewalk cafés, to turn US streets into places more like Paris, lined with tables of people sipping coffee watching others enjoy the park across the street. Mayor Coleman gave a speech just yesterday about how he wants St Paul to be more relevant, that the city should "no longer be flyover land" (as he put it). This is the perfect opportunity to add a much needed quality public space to our downtown, and at almost zero cost to the city. Years from now, if this passes through the City Council, these sidewalk cafés will be on every list of "best places to eat" in every magazine in the Twin Cities. In my opinion, to let this project get derailed due to misguided concerns over historic setbacks would be a real shame. It would be missing the lively forest for the petrified trees.

Play tag. One player is "it" until he or she tags someone else in the game. 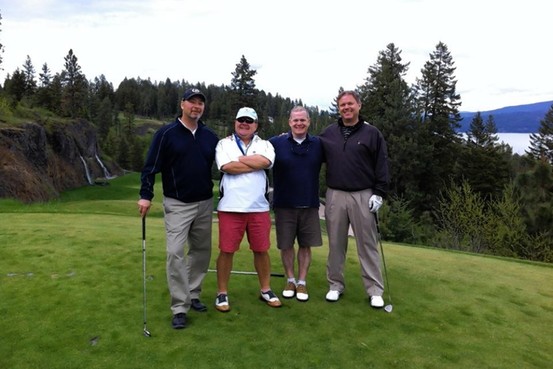 Posted by Bill Lindeke at 11:15 AM No comments:

Find someone's address book on the ground. (Today, it would probably be a cell phone.) Instead of returning it, get all the contact information and arrange to meet the people listed one by one, to interrogate them about the owner of the book.


“Thus, I will get to know this man through his friends and acquaintances,” she wrote in her first column for the paper. “I will try to discover who he is without ever meeting him, and I will try to produce a portrait of him over an undetermined length of time that will depend on the willingness of his friends to talk about him—and on the turns taken by the events.”


Keep a detailed account of your encounters. Wait until the owner of the book (or phone) dies, and then publish your account.

Posted by Bill Lindeke at 10:50 AM No comments: