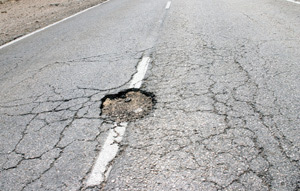 Some time ago, newly relocated blogger and friend of TC Sidewalks, Stephen Gross, wrote a post favorably comparing the Twin Cities to his native Cleveland when it comes to small, independent retail. It leads him to an overwhelming question:

And then I moved out here, and wow! Everywhere I look I see independent businesses. Besides the restaurants (big fan of Barbette & Three Fish), I see record stores (Electric Fetus), clothing (Cliche), quirky Asian imports (Robot Love), audio repair (The Good Guys), jewelers (Gerber, Gold'n Treasures), and more. Grand Avenue (with the exception of the Pottery Barn stretch) is a real testament to the strength and vitality of independent retail in the Twin Cities. How did you do it? Is there just an incredible commitment on a cultural level? Are there public policies of which I'm unaware that foster this growth?

Stephen's question had been floating around my mind for a while, and I didn't really have an idea about what the 'secret' to independent retail might be until recently when I saw an article in the Saint Paul Pioneer Press detailing the consequences of a budget crunch at the city government. According to (last journalist standing) Tim Nelson's piece, there's a big bottom line shortfall at City Hall and there's little choice but to make sizeable cuts in library and park funding in the capitol city. They're going to have to close a few library branches, and a few rec centers in various parts of the city.

Sure, on the one hand this is nothing new... city governments have long been struggling to make ends meet. But apparently the key missing budget ingredient is this little thing called local government aid (LGA). According to the piece,

The changes come five years after the state, suffering a $2 billion budget crisis of its own, made significant cuts to aid to local governments. St. Paul has made do with about $18 million less annually than the state and city expected as recently as 2003.

To compensate, the city has raised property taxes in each of the past two years - by $1.9 million, or 3 percent, in 2006, and by an additional $5.5 million, or 8.5 percent, this year. The city, since 2002, also has doubled the street fees it collects from property owners. But levies haven't kept pace with the drop-off in nontax revenue.

Minnesota's local government aid (LGA) structure is a very unique system designed to offset income inequality across municiaplities throughout the state, focusing particularly on big cities like Minneapolis and Saint Paul. Set up by a strong urban-rural DFL coalition in the early 1970's, it essentially set up a shared taxbase where wealthier suburbs (like Minnetonka) would send money to poorer cities (like Minneapolis). As political scientist Myron Orfield describes in his book, American Metropolitics, LGA was created

as an alternative to annexation and consolidation of local governments ... [and] was an attempt to respond to a number of concerns, including increating property tax rates, tax-base and tax-rate disparaties, and interjurisdictional competition for development.

What it essentially meant was that economic growth in Minnesota happened at more of a regional level, so that the entire state would sink or swim together instead of suburbs or cities cannibalizing each other for high-income earners or lucrative companies. (Of course, this still happened, but to a lesser degree.) It also meant that older cities like Minneapolis and Saint Paul which had to make dramatic transitions towards a more decentralized, auto-oriented, post-industrial landscape, had far less trouble maintaining their infrastructure (police, parks, etc.) than almost all other U.S. cities. While a city like Cleveland was almost bankrupted during the 1970's (under Kucinich?), Minnesota's LGA system meant that Minneapolis was able to keep a strong economy, retain much of its middle-class, industrial workforce, and keep its small independent businesses. LGA was a real success story, and as Orfield points out in his book, its the kind of thing that almost never happens in the every-man-for-himself world of American politics.

Sadly, though, LGA has seen steep cuts under two successive Republican governors -- Arne "Veto" Carlson in the 1990's and Tim "Pothole" Pawlenty in the 2000's. And Pothole's latest veto of LGA restoration directly aimed at staving off some of the Twin Cities' fiscal problems is yet another case of bad politically-motivated economics. Minnesota's local economy hasn't been performing as well lately, and in my opinion, the LGA cuts are an important reason why.

LGA doesn't just affect Minneapolis. As it says in this story, cities like Bemidji get big parts of their municipal budgets from the State, too.

Mankato has the same story as well.
Posted by Bill Lindeke at 12:29 PM

Hey Bill, this has nothing to do with this post but I am wondering what year you graduated from EphVille Finishing School? You mentioned you were a few years ahead of me. I originally was '04 but took several years off following sophomore year. I will respond to your post on my blog later on today. Alternately, if you just want to drop me a line with the answer you can at Houseofprocrastination [at] gmail [dot] com.